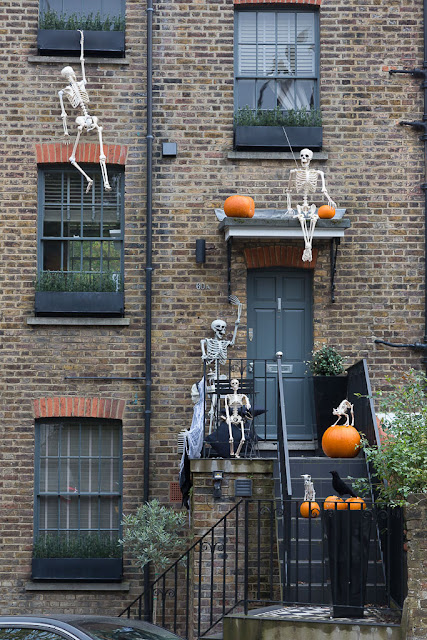 It's Halloween, once again, and Dave and I will undoubtedly celebrate the way we do every year -- by turning out the lights and hiding in the back of the house to avoid trick-or-treaters.

(This is actually the way we spend most nights, but never mind.)

It's unlikely we'd get any trick-or-treaters anyway. In the eight years we've lived in England, we've never had one come to our door. But apparently, in some neighborhoods, it does happen. 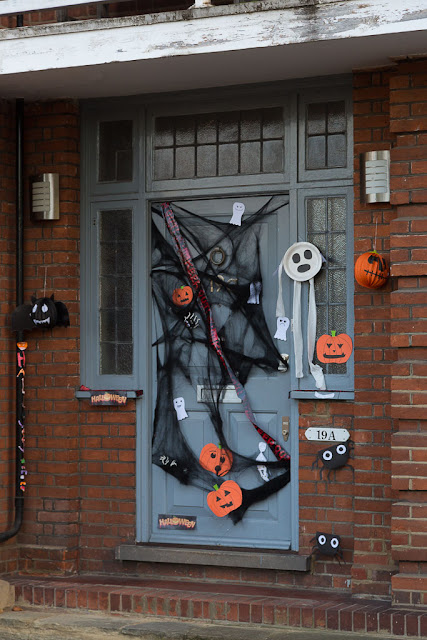 Halloween isn't traditionally a big deal in England. (Despite the fact that it originated here back in the time of the ancient Celts.)

Some of our neighbors have decorated, though, as you can see from these photos. You might recognize that door above -- I photographed it last year too. 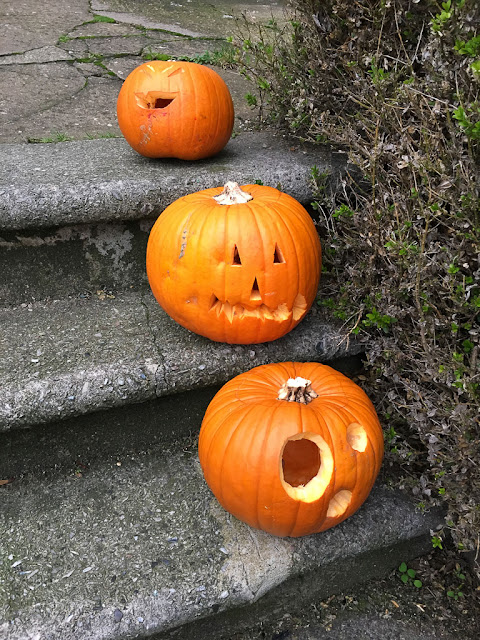 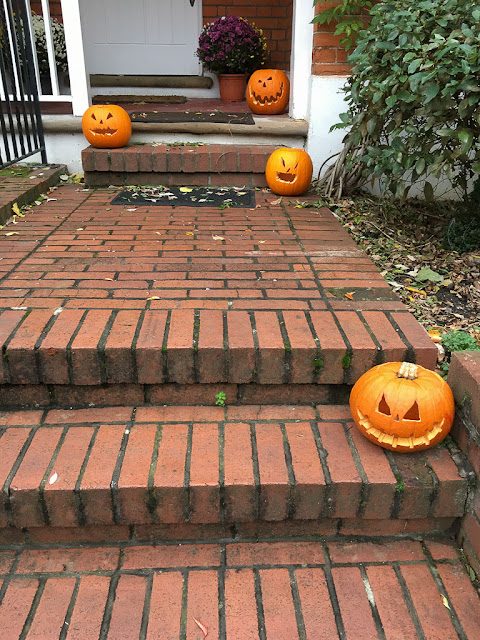 The Guardian ran a story the other day about the food waste associated with carving pumpkins. I must admit, as an American, I found it a peculiar article. I understand that food waste is a serious problem, but I've always considered carving to be the primary purpose of pumpkins like those above. Eating them seems purely secondary!

I don't know anyone who makes pumpkin pie, for example, using a raw pumpkin. Most people go the easy route and opt for a can of pumpkin puree. Which obviously contains pumpkins, so I guess you could argue they'd be better off canned than carved...

Anyway, they're such killjoys over there at The Guardian. (As a subscriber, I say that with affection.) 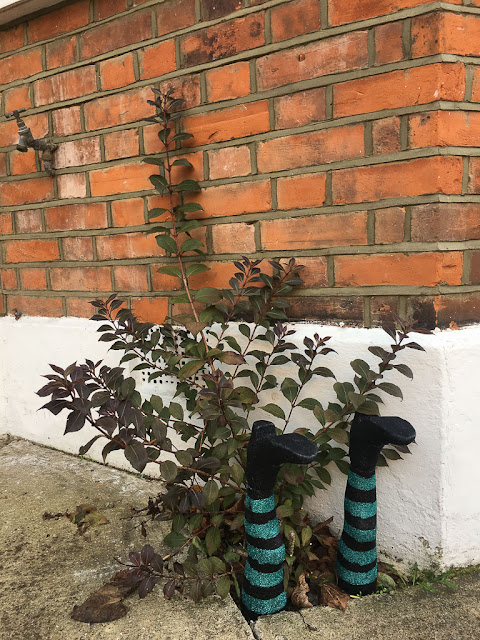 One of my neighbors has these feet protruding from her garden -- a nod, I suspect, to the Wicked Witch of the East.

Even Mrs. Kravitz has a giant black spider web in her front window! Unfortunately I can't photograph it without looking like I'm pointing a camera into her house, and I don't want the cops called on me. 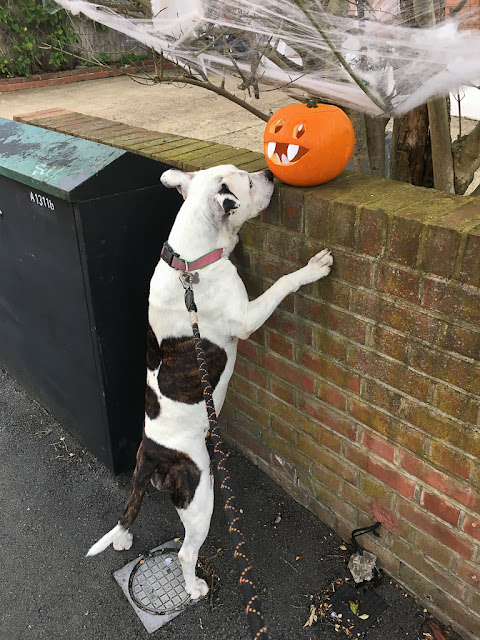 Olga doesn't know what to make of any of it.

I will acknowledge the day at school by wearing special socks, which Dave bought me, that have little jack-o-lanterns all over them. That's about all the costume I can tolerate.
Posted by Steve Reed at 6:20 AM