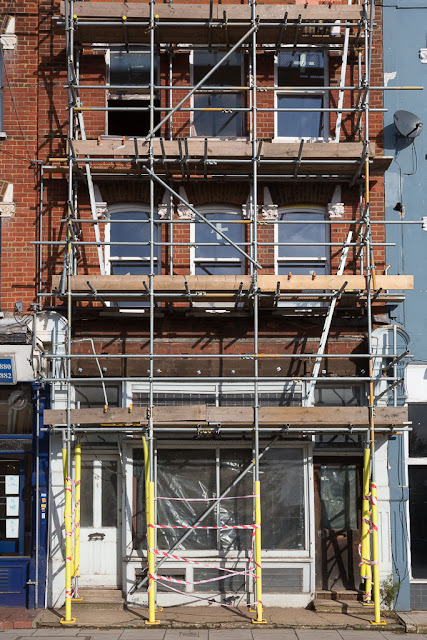 This is the building that once contained the minimalist antique store. It looks like that shop (with its two lonely chairs) is finally gone, and the owners are doing some renovations. I'll be interested to see what goes in here.

We have parent conferences over the next two days at work. Well, the teachers do -- I don't have to meet with any parents, being a mere flunky in the library. But I'd like to get a word with the parents of one particular kid, who checked out a book in April and hasn't returned or paid for it.  He was the one kid whose account was unresolved at the end of the last school year, and he hasn't been able to use the library at all since we reopened in August. My talks with him and my efforts to reach out to the parents via e-mail have been met with silence. I might try to track them down while they're in the building to see what's up.

Otherwise I think I'm going to be shifting books, which is a nightmare task. Basically, some parts of the library collection grow more quickly than others, and the books occasionally need to be redistributed on the shelves to even them out -- if that makes sense. Our nonfiction shelves are very tightly packed in places so that's going to be my focus. It'll be like going to the gym -- lots of lifting and deep-knee bending!

Yesterday I built our annual Halloween display, so at least we've got that going on: 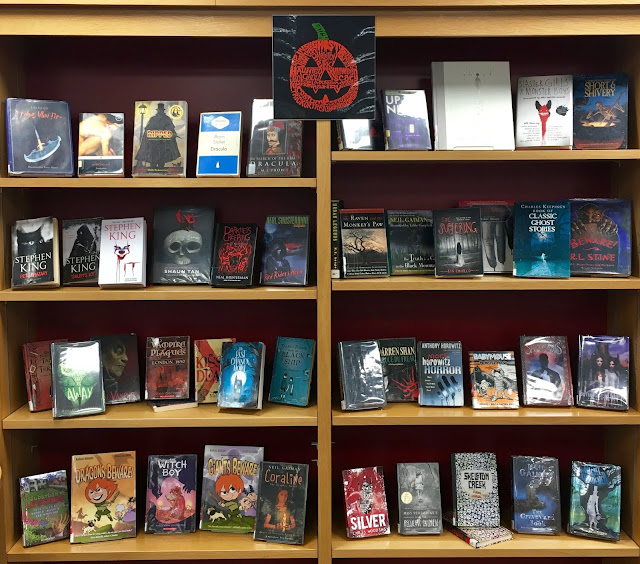