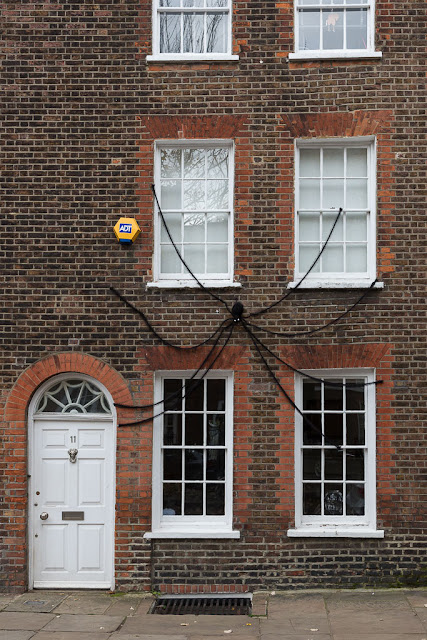 Lots of domesticity yesterday. I cleaned the apartment in the morning, including moving our potted plants from around the back door and cleaning the floors beneath them. (I usually just vacuum around them.) I did laundry, changed the bedsheets, and took some clothes to the cleaners. I took care of all the orchids, and it looks like the christmas cactus cuttings are going to bloom -- even though I planted them just a month ago! Do they even have roots yet?

By lunchtime, Olga was quivering with excitement -- as she does when she's anticipating a walk. So I had a quick sandwich and took her for a long romp on Hampstead Heath. Apparently Hampstead has been invaded by giant spiders! 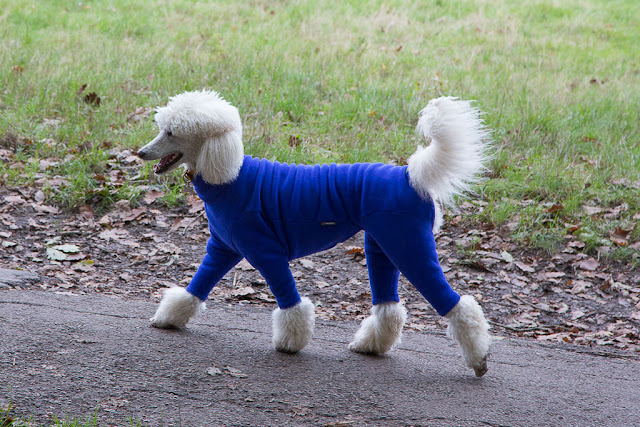 We saw this handsome creature, resplendent in a fancy canine union suit. Olga wasn't jealous, though. She's more of an au naturel kind of gal.

I hauled my heavy camera with me, but I took only a handful of pictures. I was too into the walking, I guess. I also found an old R. White's lemonade bottle -- not too old, probably from the era of the famous "I'm a secret lemonade drinker" commercial. I brought it home and added it to the windowsill collection.

Some of you asked whether I saw fellow blogger Mr. Pudding on the Brexit march on Saturday. The answer is no, although I've never met Mr. P and frankly he might have walked right past without my realizing it. I took this photo with him in mind: 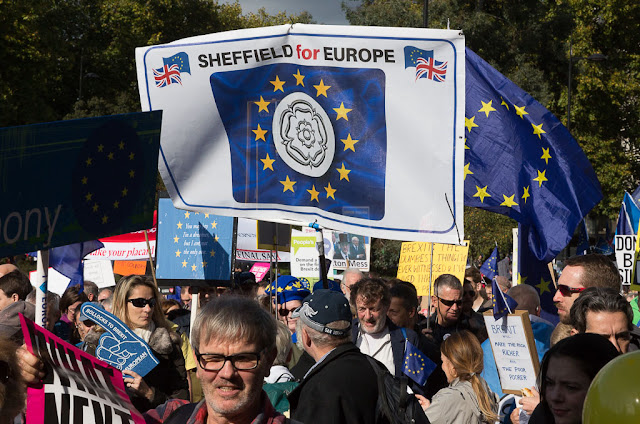 Are you among this group, Mr. P? I'll feel silly if you are -- although I don't see your sign, either. Maybe you weren't marching with other Sheffielders.

After Saturday's march, I went to an event with a colleague from work. The former Conde Nast magazine editor Nicholas Coleridge (a relative of Samuel Taylor Coleridge, apparently) has written a book about his publishing adventures called "The Glossy Years," and I went down to Stockwell in South London, where he was speaking at a local church. I thought it might be fun to hear some industry gossip, as well as his thoughts on the future of magazines. I bought his book afterwards, and as he signed it, I told him I used to work right across Times Square from the Conde Nast building in New York.

"You had a legendary cafeteria!" I said.

"Yes, Frank Gehry," he said, naming its architect. (It really was a hot spot in the early aughts, although Conde Nast is no longer in that building. Apparently the cafeteria now serves lawyers and techies. I never got to go there myself.)

Anyway, in the moment that we spoke, that was the cleverest thing I could come up with to say to him. Better than nothing, I suppose.
Posted by Steve Reed at 7:04 AM