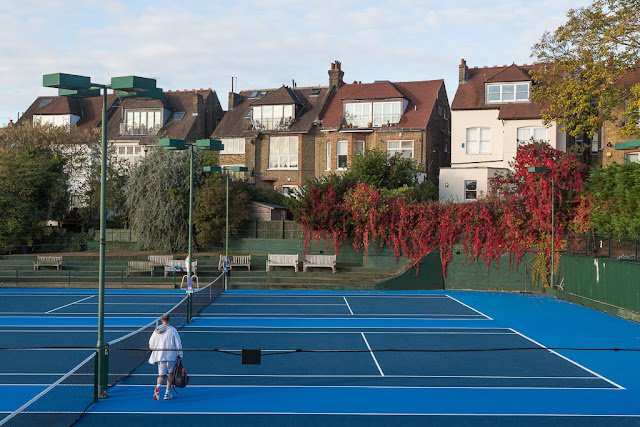 I'm debating whether or not to go to the big Brexit march today in Westminster. It's supposed to help convince Parliament that we need another referendum -- a "people's vote" -- on whatever deal (or lack thereof) that results from this lengthy sausage-mill of a political process.

I suppose the only thing holding me back is a suspicion that it's too little too late, which is a bit defeatist. And also the fact that I can't vote myself, so even if we do get a new referendum, I won't be able to participate -- in other words, maybe it's not my fight to fight. But then again, I live here, and will for the foreseeable future. So it seems like I'm entitled to a say, right?

We'll see how motivated I get.

In other news, my Amazon purchase of "The Story of Harold" is still up in the air. You may recall that after the book failed to arrive (apparently having never been sent), I asked the seller last week to ship it rather than refund my money. I hadn't heard anything more, so Thursday I emailed and asked if it had been sent and when I would receive it. Without directly answering the first question, "Mary" said she would contact the shipping company about the second and get back to me.

Meanwhile, as of yesterday the book was still listed for sale on Amazon itself -- at a slightly higher price than I paid. I wrote back and asked how this was possible, since there's allegedly only one copy, and included a screen shot of the listing. It has now been taken down. This is undoubtedly the most peculiar Amazon transaction I've ever been involved in. I probably need to simply report the seller to Amazon and demand a refund and be done with it -- but I really would like the book if possible, because it's not easy to find. (Apparently "Mary" can't find it either.)

I'll give the whole thing another week, maybe, and then I'm pulling the plug. 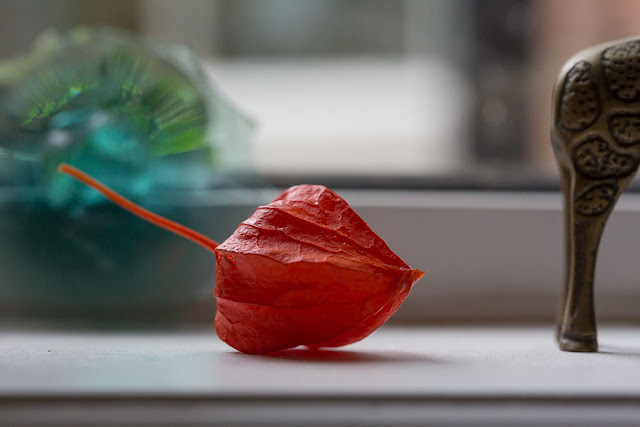 I brought in our one Chinese lantern, because the plant is looking pretty ragged and I think we're about to cut it back. I wonder how long the lantern will hold its bright orange color, sitting on our windowsill?

(Top photo: Autumn leaves at the tennis club around the corner from our flat.)
Posted by Steve Reed at 7:38 AM