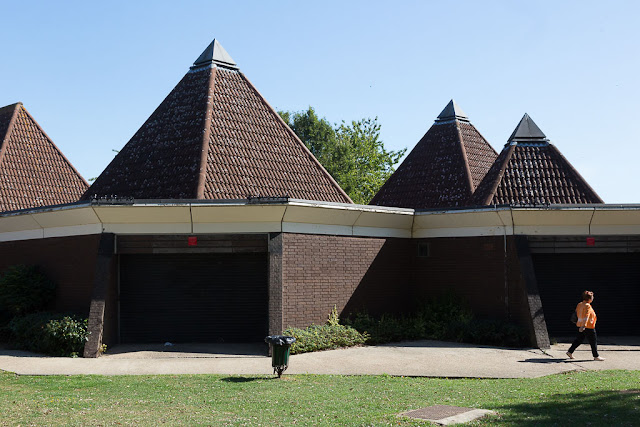 Well, I spoke to soon about sleeping well. Jet lag kept me awake last night until about midnight. I was tired -- in fact I kept nodding off while we watched "Mindhunter" before bed -- but when I finally got between the sheets my body said, "It's only 5 p.m.!"

I was walking Olga yesterday morning when suddenly her eyes opened wide and she leaped about a foot vertically into the air. She reached back and began gnawing at her belly. I saw a bee clinging to her skin! Poor thing must have been stung, but I don't see a mark and fortunately she didn't have any reaction. I think a bee sting is a first for her. 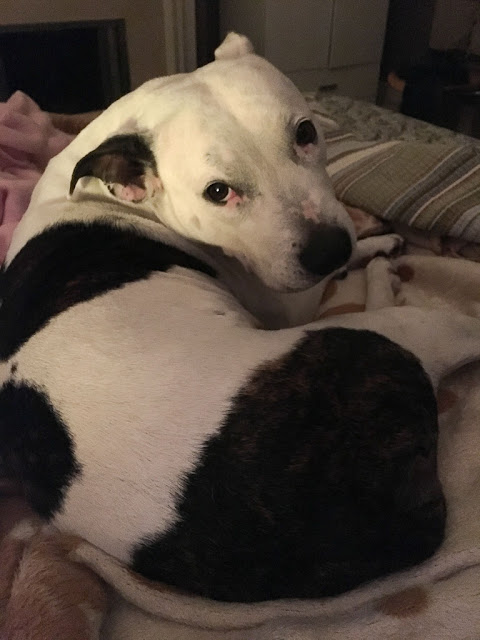 That's her lying next to me as I write this. As you can see, she's not too concerned.

Possibly related to walking, I also got a strange case of shinsplints yesterday. My legs were sore. I had trouble moving around at work. I have no idea what set that off -- surely I wasn't that inactive while I was in Florida -- but hopefully they'll be more or less OK today.

I mentioned that I brought some old photographic slides back to London from my mom's place. They're stored in metal boxes, which were a pain to carry on the plane, but now they're here, thank goodness -- and yesterday I took 16 of them to be scanned. It cost £39, which I found a bit pricey -- I was going to get them all scanned but I think it might be prohibitively expensive. They're random family photos from 1960-1973 or so. If they turn out well, I'll have some old pictures to show you!

(Photo: The very pyramidal Will Thorne Pavilion, Beckton District Park, East London -- spotted on my Capital Ring walk a few weeks ago.)
Posted by Steve Reed at 6:32 AM