Autumn and the iPhone 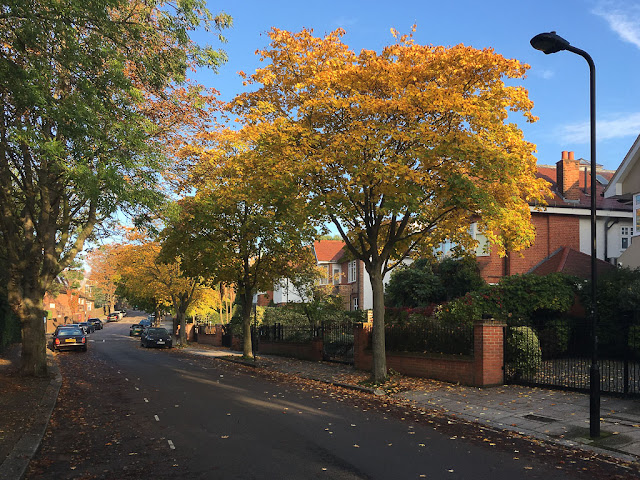 Time for another collection of miscellaneous photos from my iPhone!

Here's what autumn is looking like around here. This is the next street over from our own, where I often walk Olga in the mornings. 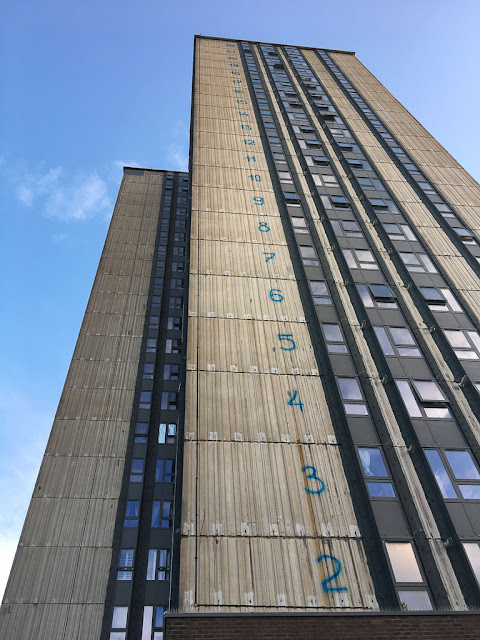 This is a residential high-rise on the Chalcots Estate near Swiss Cottage. It used to be covered in white cladding, but after the Grenfell Tower fire -- which was fueled by inappropriate cladding -- the council stripped it from the buildings. People are still living there, and I believe there's an ongoing refurbishment project. I'm not sure why the floor numbers are spray-painted on the facade. 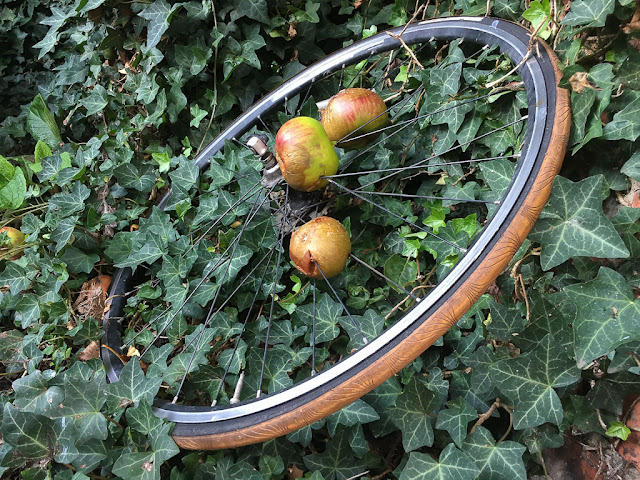 I've heard of sticking playing cards in the spokes of a bike wheel -- but apples? 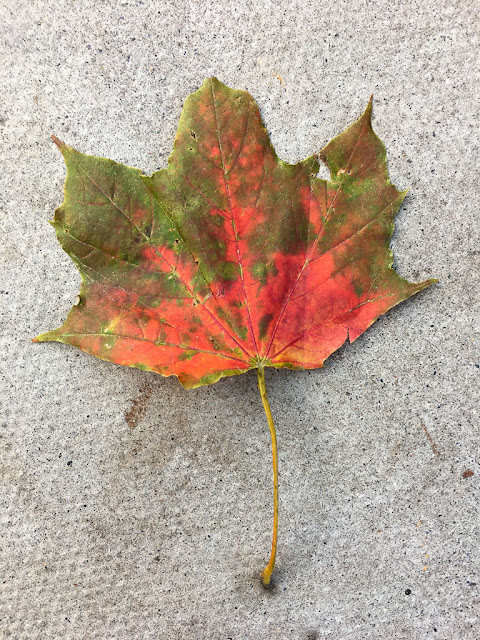 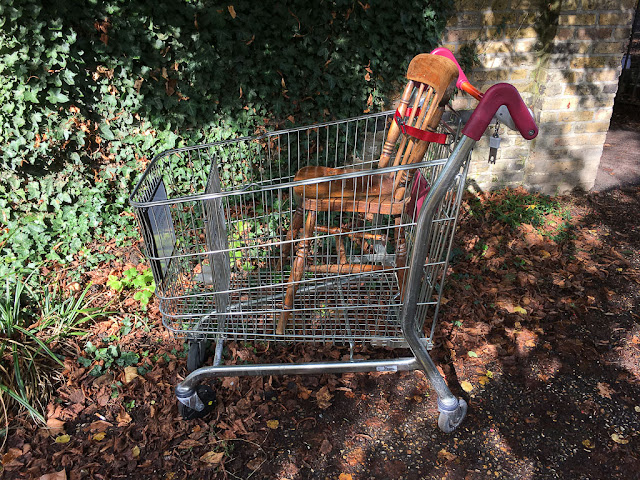 Saw this near the playground in Fortune Green -- a chair strapped inside a shopping cart. Was this someone's creative way of taking their kid to the park? 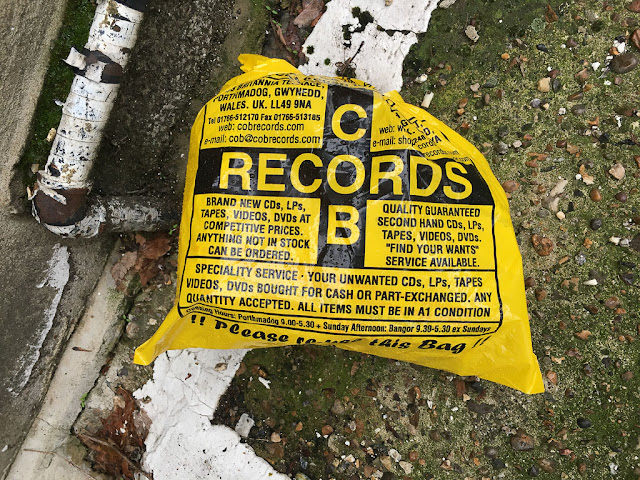 This bag was lying on our street. I was initially intrigued because it's from a record shop -- and you don't see many record shops any more, do you? But it's also interesting because it's all the way from Wales. Apparently Cob Records is quite an institution. 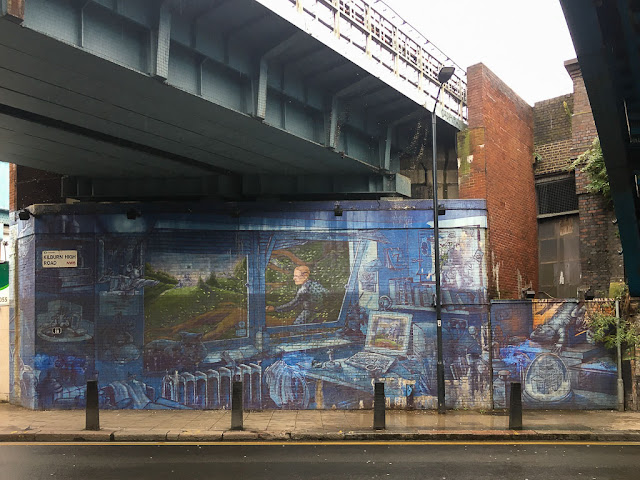 This is a mural under the train tracks on the high road in Kilburn. It's been there for years. I've never been able to figure out exactly what's going on in this scene. Maybe it's supposed to encourage kids to get outside and away from their computers? I like the iguana at far right. 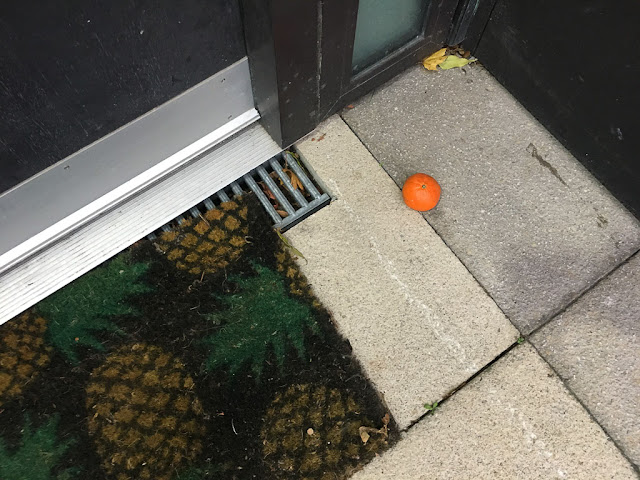 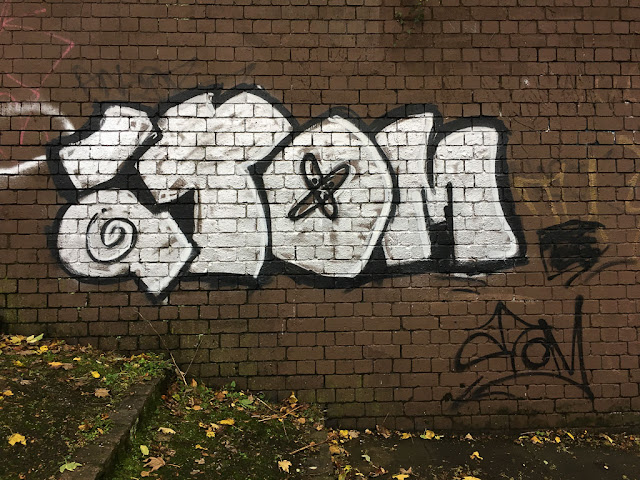 This is somewhat clumsy graffiti, but I like the atomic theme. It's very '50s.
Posted by Steve Reed at 6:39 AM