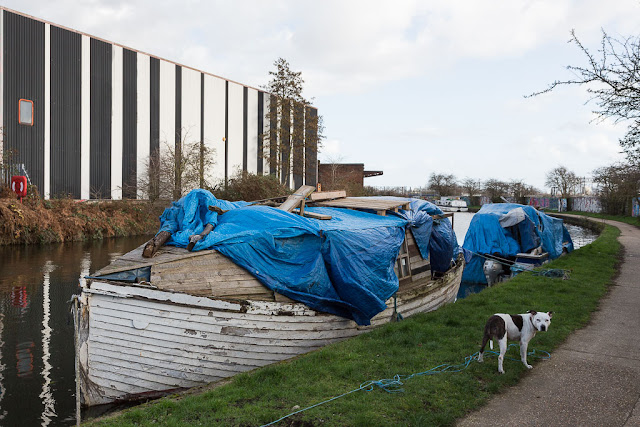 Olga and I took a walk along the Grand Union Canal and through Wormwood Scrubs yesterday. I can't believe it's already been two and a half months since we were there last. 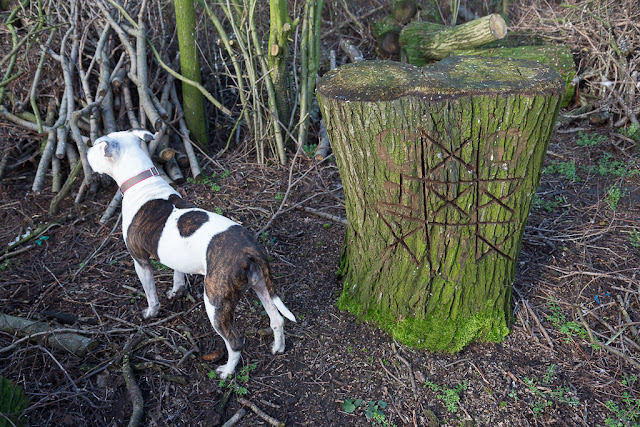 Someone's been cutting trees along the north side of the Scrubs, near the railroad yards. I can't tell if it's just heavy pruning or complete tree removal. (Obviously the one in the picture has been cut down entirely, but maybe that was some time ago.) There's a huge urban regeneration scheme in that area and I wonder if it has something to do with that.

Someone played tic-tac-toe on this stump. Looks like it was a draw. 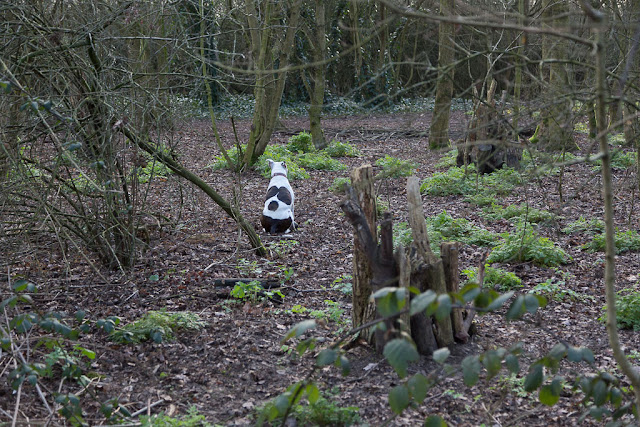 Olga, ever-alert for vulnerable squirrels. (Of course she caught none, as usual.) 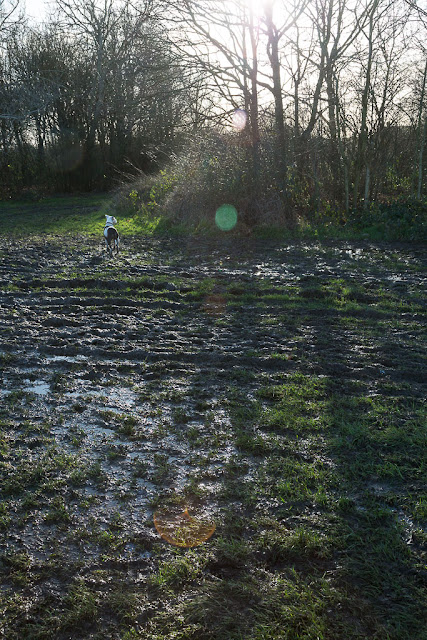 We had the Scrubs almost to ourselves, partly, I suspect, because it's very muddy at this time of year. I didn't even try to walk some paths that I know are prone to mud. Olga didn't care, though. 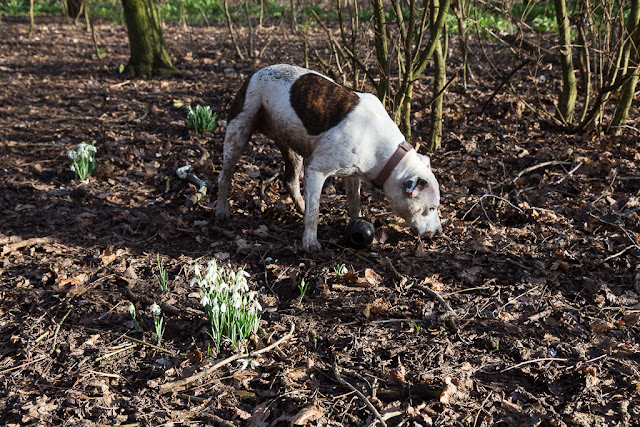 The snowdrops are coming up in clumps in the woods. 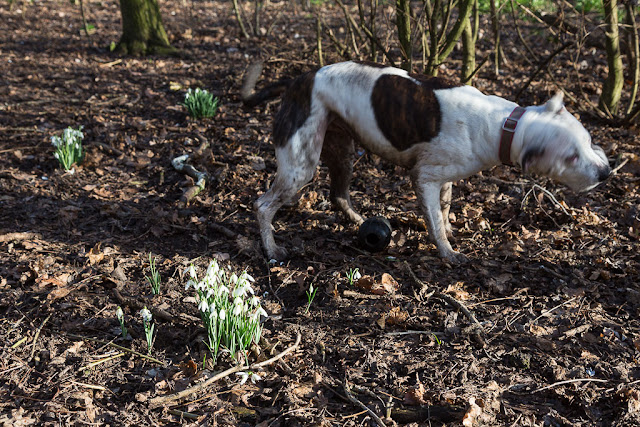 Snowdrop shake-a-shake! (Not very effective. She still needed a bath when we got home.)
Posted by Steve Reed at 7:01 AM