The Wind in the Trees 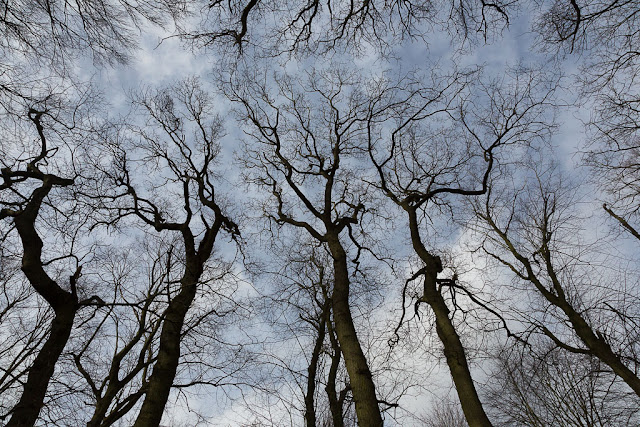 Another day, another dog walk -- yesterday to the West Heath. The wind was whipping through the trees, which sighed and swayed. We saw quite a few downed limbs and even a few fallen trees, probably from storms Ciara and Dennis over the past few weekends.

It was a mostly uneventful walk, except that I found someone's Slovak national identity card near a footpath. I'm not sure what to do with it; I sent an e-mail to the embassy, asking if I should mail it to them. Perhaps they could return it if the guy who lost it applies for a new one. (Admittedly this would require an extraordinary degree of coordination beyond most bureaucracies, but it's worth a try.)

There's someone who could be the card owner on Facebook, but he appears to be in Slovakia now, so maybe he's already replaced his lost card. I was going to contact him but if I remember right, a Facebook message from someone who's not a friend gets sent into some weird Facebook neverland where it's not easy to find. Maybe I'll try anyway. 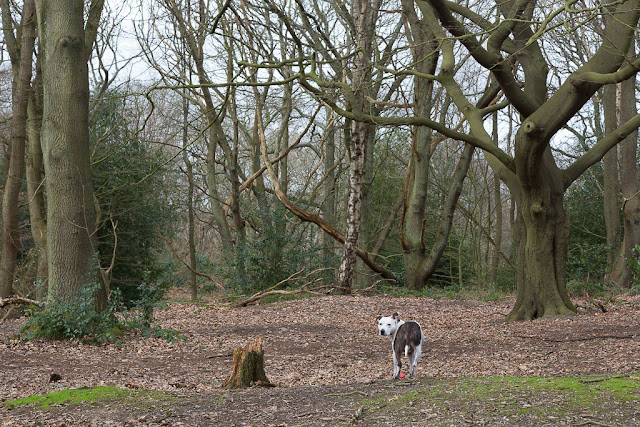 Here's the obligatory Olga-in-the-woods photo. We did not see many squirrels. I think they huddle somewhere when there's a lot of wind.

Dave repotted his hydrangea yesterday and we did a few more gardening odds and ends. I potted the amaryllis bulbs and treated them again for red-blotch fungus. Hopefully they'll have a better year, with fresh soil and fungus treatment; if not, I'm throwing them out. I have one more plant to move -- the maltese cross, which is being overtaken by a nearby bay tree. It was much smaller last year than the year before, and I'm sure that's because it's being shaded out.

More blustery, rainy weather is in today's forecast. I read yesterday that some parts of England have already had 141 percent of their average February rainfall. I don't think we're that wet here, but we're pretty damp.
Posted by Steve Reed at 6:20 AM