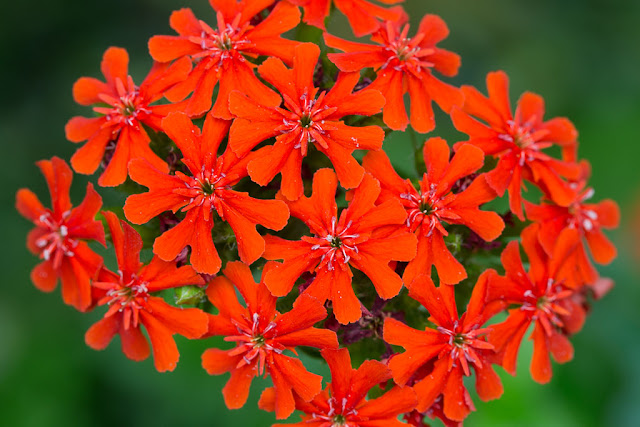 What's the difference between a weed and a plant? It's the age-old gardening question. A lot of people say a weed is simply a plant in the wrong place, and there's something to that, I think. We allow several plants to grow in our garden that many people consider weeds.

Above, the red campion, or Maltese Cross, which is going gangbusters at the moment. It's not really a weed, but its cousin the pink campion spreads readily and grows wild -- we have quite a bit of it, too. 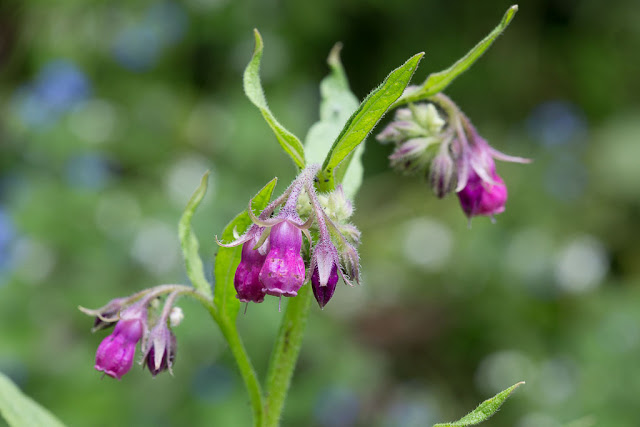 These are the first blooms on our comfrey, which I just planted a few weeks ago. It's a variety that doesn't self-seed, which is supposed to help contain it. I've already seen bees crawling in and out of those bell-shaped flowers. 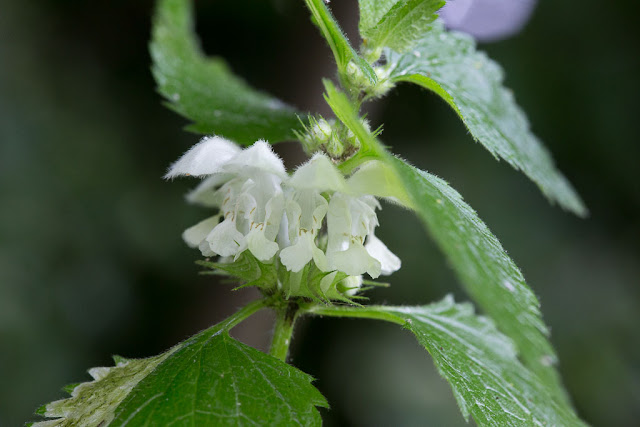 This is Lamium album, known as white nettle. It doesn't sting like true nettles, and it can create quite an impressive patch of ground cover. I found this lying on the sidewalk, no doubt discarded from someone else's garden, and brought it home and planted it in a hanging basket -- it seems to be doing fine there. 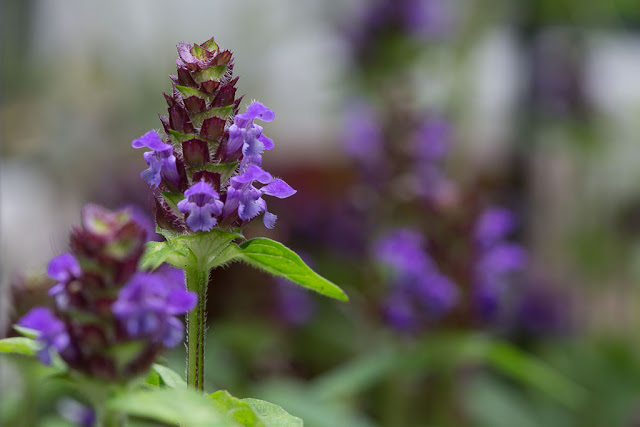 This is self-heal, which spreads like crazy and grows all around our patio. I pull some of it up and leave some of it -- the bees love it and the purple flowers are impressive. 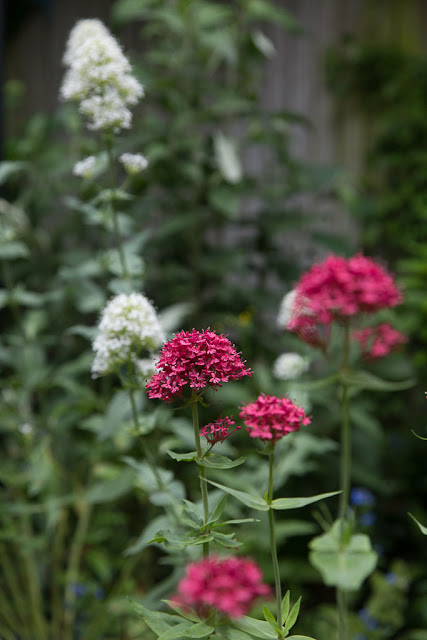 And finally, this is valerian, which also spreads readily. We have four plants -- both dark pink and white, as you can see -- and innumerable seedlings. A light pink variety grows around the steps to our front door, and comes up every year all on its own.

I spent all day at home yesterday, working on my many little projects. I now have all my old photos moved off CDs and onto a portable hard drive, which makes them much easier to access. I also watched "Laura," the 1944 film noir, which I hadn't seen in years -- I love those crisply shot, shadowy old black-and-white movies! Dave isn't a fan of old movies, so now is my opportunity to revisit some of them. Maybe "The Maltese Falcon" next?
Posted by Steve Reed at 6:15 AM