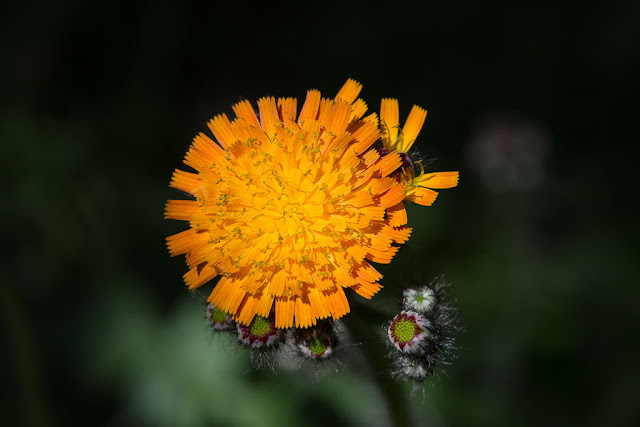 The hawkweed, also known as fox-and-cubs, that grows wild in our garden is looking good these days. We have a patch that we've avoided mowing, and as a result it's gotten taller and fuller than ever before, with many more flowers (as you can see below).

Well, where to begin. Suddenly there's a lot going on around here.

On the dental front, the temporary filling that the dentist gave me on Monday fell out on Tuesday morning. Yes, it didn't even last 24 hours. He told me if it falls out to put it back myself (?!) or just leave it out, since I'm getting my permanent crown next Monday. I've taken the latter path, because I can't for the life of me figure out how to get that misshapen blob back into its proper place in my tooth.

On the flat-maintenance front, we're having another plumbing issue. Apparently there's a leak at the back of our dishwasher. We didn't realize it immediately, but the kitchen floorboards -- which were already warped when we moved in -- have been slowly buckling more and more, and suddenly the floor was looking as wavy as the surface of a lake on a windy day. (This is not the first time we've had water problems in the kitchen.) So the managing agent sent a handyman, who identified the leak (but did not fix it) and said the floor would have to be replaced. Since then, we've heard nothing.

I used the dishwasher twice more, but the floor seemed to get worse, so I guess I need to stop and hand-wash the dishes, at least until the leak is fixed. First-world problems, I know, but dang-nabbit, we pay for a dishwasher. 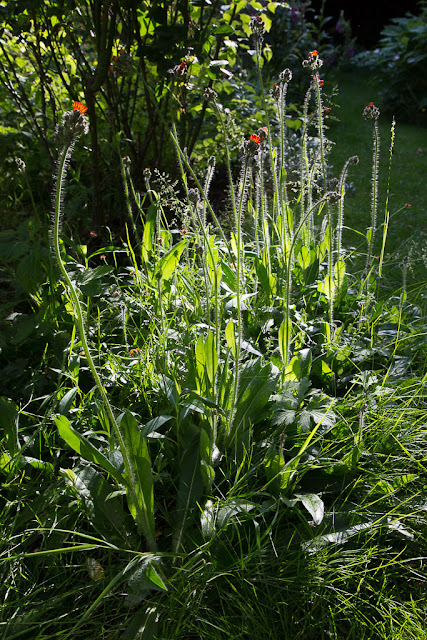 Finally, work has been madness. I've been writing parents to get their miscreant children to return their books before summer vacation begins next week, and we're both collecting everything from the year and checking out for summer, meaning there's a huge volume of stuff moving back and forth. I'm not complaining. At least it's being read!

Yesterday was "decades day" at school, when kids dressed up with clothes from a decade in the past. Some kids were hippies, some were greasers. One fifth-grade boy came to my desk wearing a suit with a t-shirt underneath, and explained he was "Miami Vice." He showed us his bare ankles to prove it.

"Crockett and Tubbs!" I said. "That was a great show!"

We explained that "Miami Vice" was not only a show but a style-setting phenomenon in the '80s. After he left my boss and I had a good laugh. It's so obvious his parents came up with that outfit, probably because it was the easiest thing to assemble from the contents of his closet!
Posted by Steve Reed at 6:16 AM