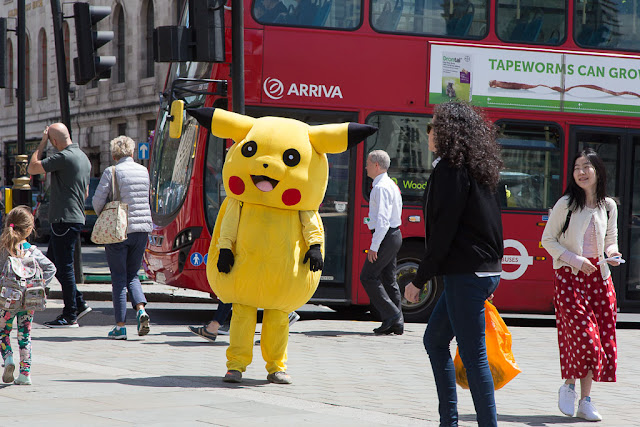 Yesterday was the solstice, and it was basically daylight the entire time I was awake. Olga started wiggling around at about 4:30 a.m., eager to get up as the skies brightened, and the sun didn't set until about 9:30 p.m. (and dusk continued for a while after that). I'm not complaining. All this light is wonderful! 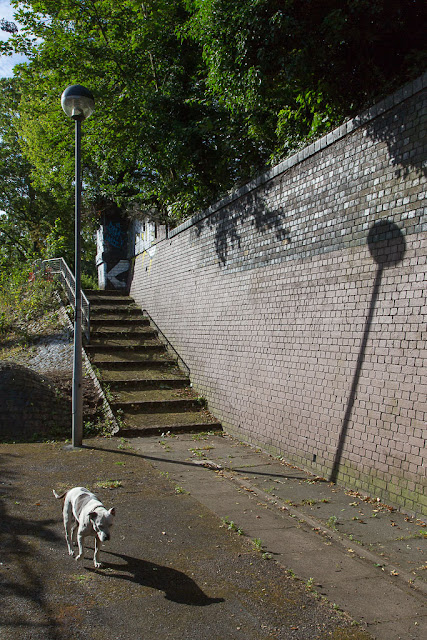 Olga and I took a long walk in the morning. Doesn't she look a little downcast in that picture? Her stomach was upset yesterday -- she probably ate something suspect. Anyway, she seems better today.

I stayed home all morning, finishing "Less" by Andrew Sean Greer, which recently won the Pulitzer for fiction. It's a terrific book. The guy is a magical writer.

Then, when Olga went on her daily trek with the dog-walker, I went into town to the National Portrait Gallery. It's time for the annual BP Portrait Awards exhibit, which I always try to catch.

On the way there, I made my own photographic portrait of Pikachu (top), hanging out in Trafalgar Square. 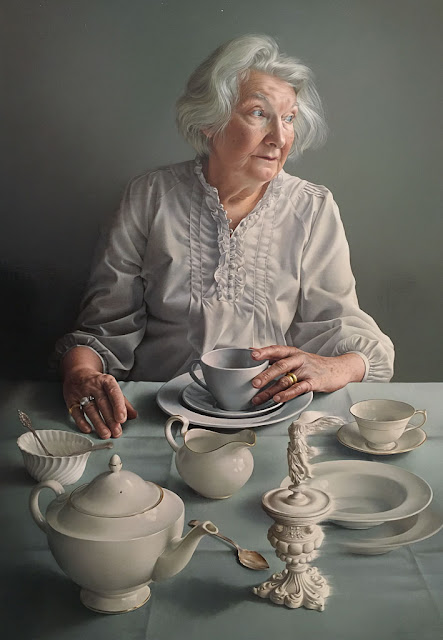 This is the BP first-prize winner, the stunning "An Angel at my Table," by Miriam Escofet. There is nothing about this painting that's NOT amazing. At first it seems hyper-realist, a careful portrait of the artist's mother -- but then you notice some mysterious things going on with the tableware, a supernatural ghostly movement. It's remarkable -- as were all of the other portraits, each in their own individual way.

Afterwards, I walked through Soho and up to Oxford Street, so I could pop into Selfridge's and redeem a gift card that Dave got from one of his students. I picked him up a couple of pairs of colorful socks. Then I continued wandering, and wound up in a crowded little square called St. Christopher's Place, where there were cafes and a sculpture and hanging baskets full of petunias: 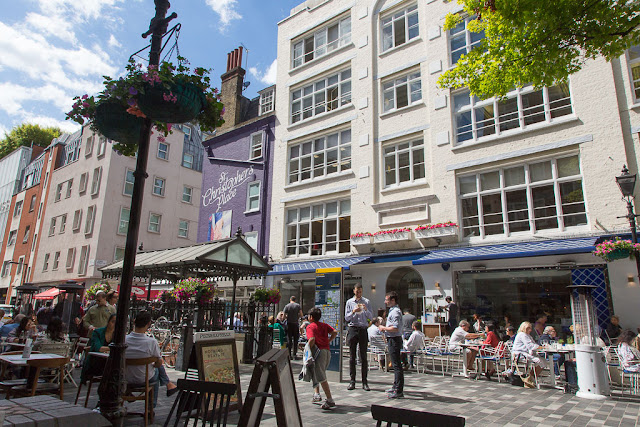 I grabbed a coffee and a chocolate muffin and soaked up the ambience for a while. In London, when the weather is nice, everybody gets outside -- you've got to seize the moment! We're actually having a pretty lengthy period of remarkable weather, with temperatures in the 70s and lots of sunshine.

Finally I continued my walk north to Baker Street, where I caught the tube for home. A good day all around!
Posted by Steve Reed at 6:25 AM