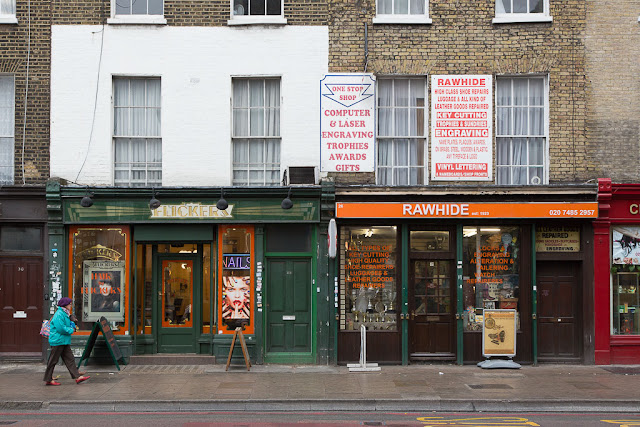 Although I called in sick to work yesterday, I did get out of the house for one critical errand. I had to get Dave's sandals repaired, because he's taking off for the USA on Monday and he wants to wear them while he's there. One of the ankle straps, near the buckle, was broken. He even considered buying a new pair, but I did some research and found a place that would fix them in time.

So, impaired only slightly by my sniffling and hacking, I made my way to Camden Road, to the shoe repair place on the right in the photo above. (They also make keys, engrave trophies, fix luggage, repair horse saddles, do alterations and tailoring and fix watches. A "one stop shop," as the sign says.) I dropped off the sandals and they should be ready today.

Then I came home and got into bed and pretty much stayed there. 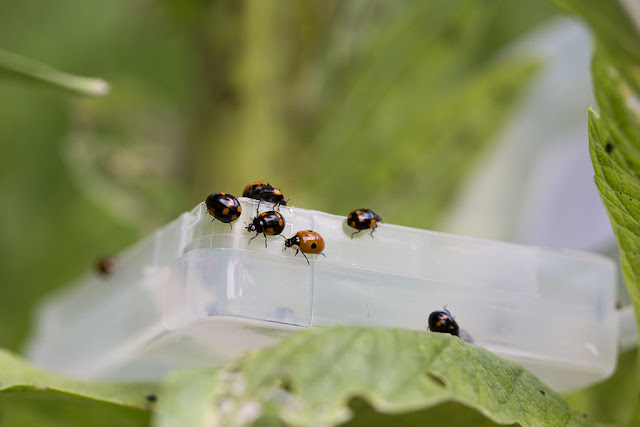 When the mail came, I was happy to find our newest order of ladybirds had arrived! We ordered 25 adult ladybirds and 50 larvae, in the hopes that they would snack on the aphids populating our cardoon and our inulas. When Dave got home from work, we took them out in the garden and set them free. 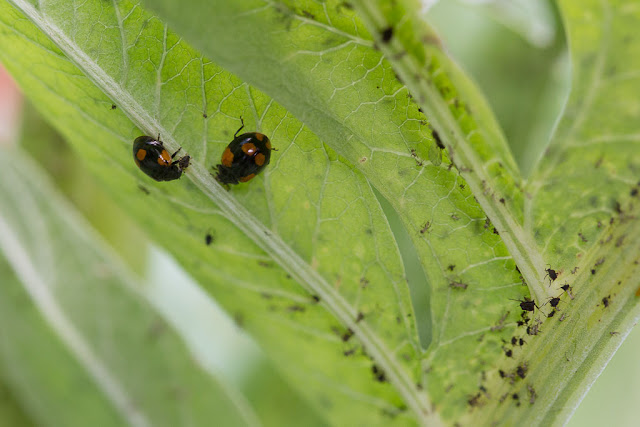 Some got to work right away... 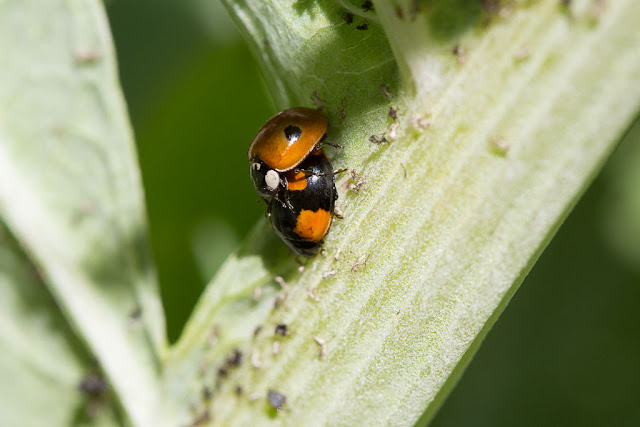 ...and some had other ideas of, I believe, an amorous nature. 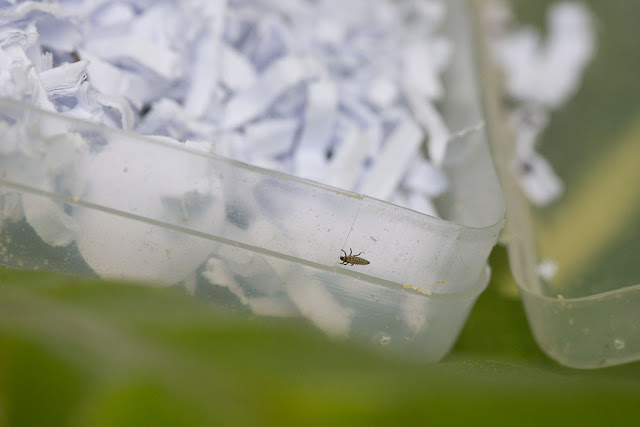 We also released the larvae, which were so tiny I could barely see them. They came nestled in shredded paper, and we simply scattered the paper on the lower leaves of the plants. I could not possibly begin to verify that there were actually 50 larvae in that box.

These are Adalia bipunctata, the two-spot ladybird, one of the native varieties said to be suffering at the hands (?) of the larger and more vigorous Asian, or harlequin, variety. I'd read that buying ladybirds for the garden actually has little practical effect, because most of them fly away, but I don't mind just adding them to the environment and letting them do their thing, even if it's ultimately not on our plants.

And sure enough, when I went out in the evening to see how they were doing, I could only find two of them. So they may already be off on their ladybird adventures!
Posted by Steve Reed at 6:00 AM