A Broken Tooth and Lulu 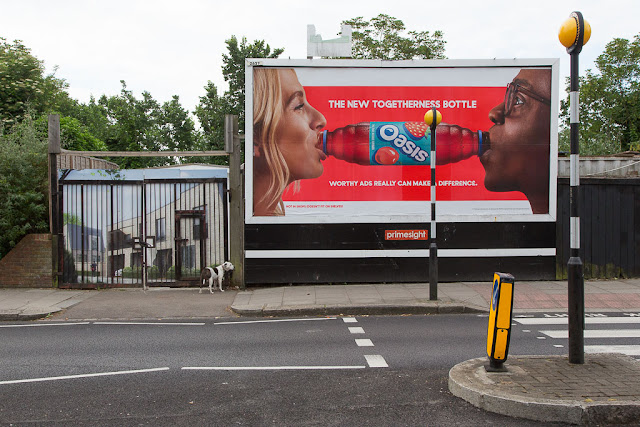 Yesterday got a bit crazy, for some unpredictable reasons. As Dave was eating dinner on Friday night, he suddenly exclaimed, "I think I broke off part of my tooth!" And sure enough, he had. He wasn't in pain, but as he's about to travel to the states on Monday, he had to get the problem fixed right away.

So I walked the dog in the morning (sorry Lesley -- the boots were gone) and at 9:30 or so we set out to find a dentist. My dental clinic was dark and unoccupied, despite the fact that their front door and their website said they open at 9 a.m. on Saturdays -- and it's just as well because, let's face it, the jury's still out on the quality of their work, given my recent experiences. So we walked up to a dentist near Fortune Green, but they weren't open either.

I had to mail some stuff at the post office, so we walked to the other end of the high street and, lo and behold, across the street was yet another dentist's office! So Dave got his tooth repaired while I came home and... 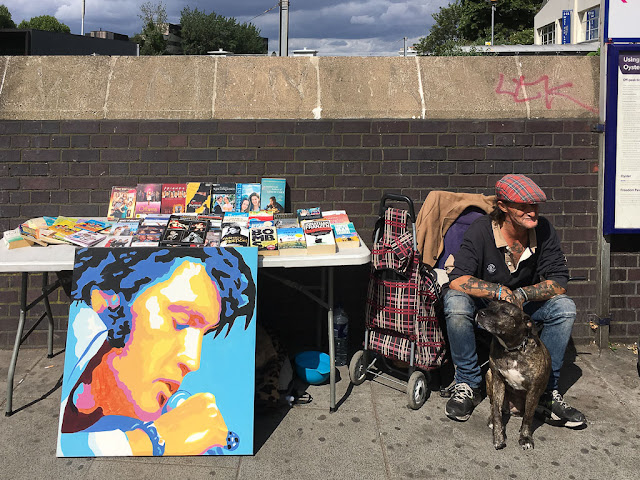 I passed John, the used-book seller outside the train station, who had a huge portrait of Elvis Presley propped against his table. I bought a paperback that I really didn't need and gave Sugar, John's three-legged staffy, some scratches.

So, yes, theater tickets. I wanted to go see "42nd Street," because singer Lulu is performing in the show. I've always liked Lulu, going way back to "To Sir, With Love." (In fact, here is a 10-year-old photo of me playing a vintage single of "To Sir, With Love" on a Popeye record player -- what more could you want?!) So now I'm off to see Lulu on Tuesday.

And I also bought a ticket to see "Hamilton" in November -- because it's such a phenomenon and Dave doesn't want to go. He acts like it would literally kill him to sit through a rap musical. I figured I'd just take the plunge on my own. What the heck. 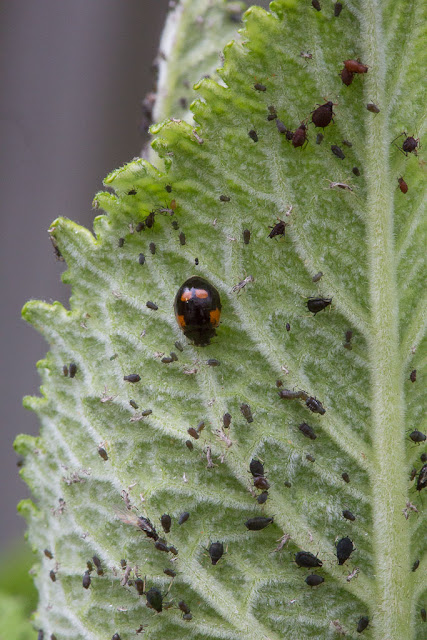 Our ladybirds are still at it, providing aphid relief -- but as you can see, they've got a long way to go!
Posted by Steve Reed at 6:57 AM

Cool record player. I had one similar, then graduated to my mother's sixties portable hi-fi before being gifted my own new stereo system in the late seventies...Enjoy the shows. Glad Dave was able to get his tooth seen to. Are you feeling better?

Lulu? I met her twice when I was a teenager and the second time she gave me a peck on the cheek. I am glad to hear you got Dave's tooth sorted yesterday morning. How very lucky you were to find someone who would do it.

Lulu! How old is she?

Is that for real that togetherness bottle. Don't fancy that much.
Briony
x

I'm glad Dave found a place to get his tooth fixed so quickly. I'd love to see Lulu in a musical. I can't wait to hear your review. When I saw Hamilton I worried that I'd hate it because of the rap but, I loved it. It is not all rap style music.

Tooth issues before travel! One of my abiding fears.
Love the ladybug - You go girl!

I think you should have bought about ten times the number of ladybugs you did. That girl's got her work cut out for her!
How could you possibly have passed up that portrait of Elvis?
I remember Lulu well. She was fabulous!

Broken teeth are a pain in the butt. You don't need complications like leaving on a trip in two days.

I remember Lulu! I'm glad you are going to see her. Also glad that Dave got his tooth fixed before his trip. Pretty lucky to find a dentist working on a Saturday. Those ladybirds really do have a lot of work ahead.

I'm with Ms. Moon - I thought sure Elvis would now be hanging on your wall somewhere.

I loved Lulu singing "To Sir With Love" - maybe because it was the first grownup movie I ever went to and it was such a good one, too. Let us know how it goes!

Glad Dave could get his tooth fixed so quickly.

E: I am feeling better, but still clearing out the remnants of my cold! The recovery takes a while!

YP: What?! Lulu KISSED you? I wanna hear that story!

John Gray: She's in her late 60's now. She was only sixteen when "To Sir With Love" was made, so she's been in the public eye a long time!

Briony: Ha! I know! I wondered the same thing, but it's a joke. Thank God.

Sharon: I mean, so MANY people love it, even people who don't like rap -- so there must be something to it, right? I just feel like I need to see it to stay culturally aware.

Marty: Yeah, tooth issues at ANY time are no fun, but it's remarkable how travel seems to guarantee that they will happen!

Ms Moon: Yeah, our poor ladybugs/ladybirds are a bit overwhelmed! I'm hoping those 50 larvae get through their life cycle and start eating!

Red: Well, the good thing is, at least he's going to the states. He can always get dental care there. It would be worse if he were going someplace more remote and with fewer services.

Robin: Surprisingly, all three of the dental offices we saw had Saturday hours. Not something usually seen in the states!

Catalyst: John was trying to tell me the portrait was by some artist or other, but it looked like paint-by-numbers to me. In any case, I wasn't having it!

Jenny-O: It's a good film! I watched it again several years ago and enjoyed it a lot, although those supposedly delinquent young people all seem so mild by today's standards.