The Muzak of My Youth 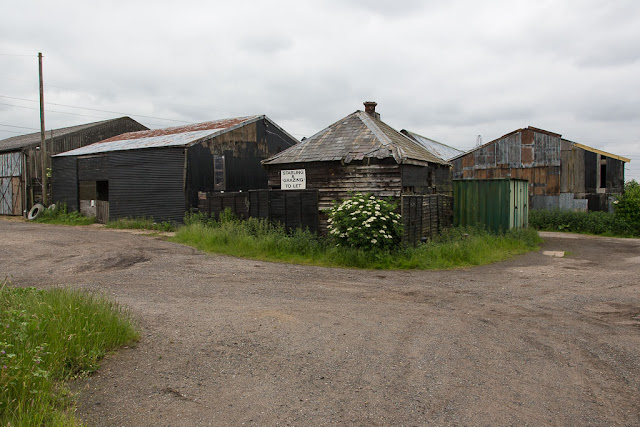 I was sitting in a dentist's waiting room yesterday morning when I heard Robin S's song "Show Me Love" faintly in the background. It made me feel old, hearing a dance-club anthem from the early '90s as, basically, Muzak in the dentists's office. This was a day after hearing both Haddaway's "What Is Love" and CeCe Peniston's "Finally" on TV commercials. Could it really be 25 years ago that I was dancing to those songs in nightclubs in Rabat?

I guess it's not that surprising, actually, since these days I'm about as likely to go to a nightclub as to climb El Capitan. And I'm fine with that.

I was at the dentist for the second-to-last appointment in the long root-canal-and-crown saga that I've documented here already. The dentist removed what was left of my temporary filling, prepared the tooth for a crown and took an impression. The final crown is supposed to be ready next week -- another hunk of gold, and a bigger one than the inlay I had before. At least I get more bling out of the deal! (It will be in the very back of my mouth, so, alas, no one will see it.)

Meanwhile, he put in another temporary filling and I feel like I have a wad of chewing gum stuck to my back tooth. I've said it before and I'll say it again -- I'll be glad when this is over.

We caught an eighth mouse yesterday in one of our household traps! Just when I thought those little devils had moved on. I wonder if I forced it inside when I relocated the bird feeder?

I read an article yesterday in BBC Wildlife magazine that explored the advantages of feeding wildlife like foxes and badgers -- apparently some people do it and it can be beneficial. (I think this may be one of many issues where the British and Americans think differently, because in the states I remember being strictly warned never to feed wild animals, both for their sake and ours.) Anyway, it made me wonder if I should have left that bird feeder where it was -- but I doubt the magazine means to advocate feeding urban mice!

(Photo: Stables near Upminster, East London.)
Posted by Steve Reed at 6:31 AM

I like the bit about feeding the foxes. I do often get a nagging doubt about what I do, I know some people do not agree with it.
Now that we all have plastic bins for the rubbish they are unable to scavenge for food in the bags and urban foxes must find it hard to survive.
After all its not their fault that they have been driven into the towns through loss of countryside. A bit like the polar bears situation.
Briony
x

I thought that the stables near Upminster were in the Wild West and that at any moment a cowboy would appear on the back of a palomino, push up his stetson and in a Western drawl say "Hi y'all! I'm Steve. Welcome to Root Canal Lottery".

I'll never get over seeing a commercials for diapers with a Beatles song playing in it.
That's just wrong.
I'll be glad for you when this tooth is finished up and done. It is quite a process, isn't it?

Life goes by in a hurry. Elvis was a very long time ago. Hey, I even remember Buddy Holly. There must be a place in your house that allows mice an easy entrance.

Hearing songs one danced too playing as background music is definitely a shock to the system. It always makes me wonder what is dance music now. Maybe I don't want to know.

husband read something yesterday that the music you hear and love at 14 remains your favorite music for the rest of your life. I'd say between 14 and 20. and no it should not be used for commercials! interesting that you are getting a gold crown. They don't use gold anymore here, porcelain over some kind of metal. of which I have worn through the porcelain on several of my crowns showing the metal underneath. my dental work is all very old.

I think the advocacy for feeding wildlife might be to provide some support to those animals that actually hunt the other wildlife whose numbers are on the rise... like mice. Sure hope that root canal finally comes to a very nice gold ending. What a long-time saga that has been.

We aren't supposed to feed foxes and other wild animals because of the risk of rabies....something that isn't an issue in England.

Sorry about the dental woes. I've had multiple root canals and crowns, and it's no fun at all. My best advice is get it all done as quickly as possible. Not very helpful, I know.

hearing Led Zeplin rendered by a Lawrence Welk-ish orchestra - while waiting for my car at the service garage one day nearly sent me shrieking into the parking lot. "What have they done to my song, Ma".
Glad your tooth is very nearly done, hope it stays and the crown is set well.

I'm glad you're finishing up your dental work saga -- I'm particularly sympathetic these days as I care for Sophie who had dental surgery last week. God, I hate the dentist! Interesting thoughts about the differences between British and American views of wildlife -- I wonder if there've been any studies about that?

Those stables are a dreary sight, aren't they?

I don't think you can force a mouse to do anything, so moving the bird feeder probably didn't have anything to do with the intruder :)

I read a long time ago that you are old when the music of your youth becomes elevator music. It is a shock, though!

I think my favorite music because musak faster than yours because it essentially WAS musak already - ha! I was such a nerdly teenager. Muskrat Love & Rachmaninoff...