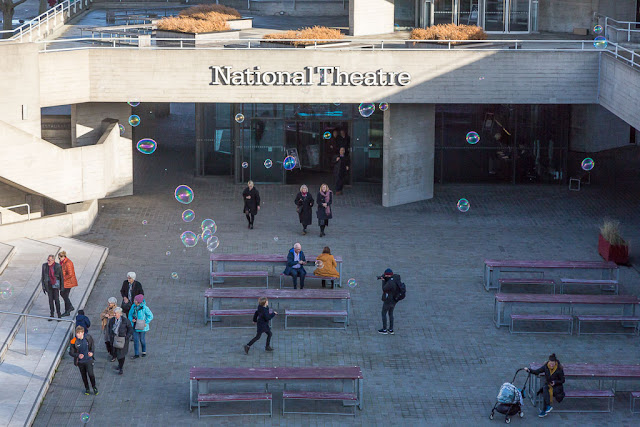 I got my ballot for Florida's "Presidential Preference" primary election in the mail on Tuesday. I didn't realize I was going to be asked to make a choice so quickly! Apparently Florida runs an early presidential primary on March 17, well before the main primary elections, which are held in August. I don't remember this in the past, but maybe I've just forgotten.

I opted for Elizabeth Warren, because I love her message and I think she's got the experience and determination to be a good president. But honestly, I could just as easily have gone for several of the others -- Bernie or Pete Buttigieg or Amy Klobuchar. I'd like Buttigieg to have a bit more experience, ideally. Why doesn't he run for Congress first? And I hate to say it, but Bernie's age and health give me pause, and Klobuchar just doesn't seem to have much momentum.

I'm glad Biden came in fourth in Iowa. I think his time has come and gone. We need new leadership, not a revisitation of the same old characters -- and during the Obama years he struck me as almost as much of a liability as an asset.

But I will literally vote for whoever the Democrats nominate. They could nominate a dead, stinky cod and I would vote for it. Didn't you love Nancy Pelosi tearing up Trump's speech? Priceless!

Anyway, I mailed my ballot yesterday.

I also finished "Daniel Boone," the book I bought to complete our library's Newbery medal collection. It was a fairly pedestrian biography -- not particularly illuminating but surprisingly even-handed as far as the Native Americans are concerned, considering it was published in 1939. Part of one chapter was devoted to a speech by Red Jacket of the Seneca tribe, talking about the fears of the Native Americans and their feelings of betrayal by the white settlers. Mostly, though, it extolled Boone's heroism and there was certainly a lot of shooting and scalping and fort-building. Yawn.

I was interviewed yesterday by the editor of the student newspaper about my Newbery challenge. Maybe some of the kids will be inspired! I've also been talking to colleagues about creating a platform to post my reviews online -- so when we get that up and running, and assuming it's publicly available, I'll link to it here. (Because I know you're all dying to know what I think about 98 different children's books. Ha!)

Olga was wired this morning -- wide-awake at 4 a.m., tail thumping, staring at us and whining at every twitch or whisper of movement. I think she heard foxes outside. I finally got up at 5:15 just to get her out of our faces, and she went straight to the back door. I opened it (making a lot of noise to warn off the foxes) and she charged to the back fence, growling. The she came in and fell sound asleep. She's snoring as I type. I'm glad some of us can go back to bed.

(Photo: Soap bubbles in front of the National Theatre at South Bank, several weeks ago.)
Posted by Steve Reed at 6:22 AM