A Yellow Ferrari and Some Hedgehogs 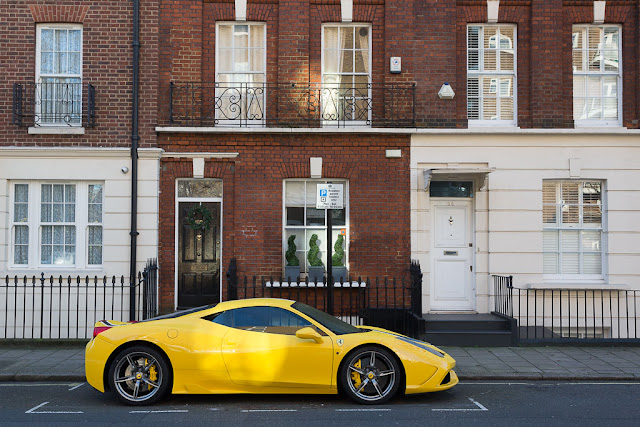 We've had parent-teacher conferences at work the past couple of days, so there were no classes and fewer kids in the library. A handful of people, both students and parents, came in for books – but no one asked for a computer charger, thank God! A refreshing change from the normal monotony. I did manage to snag a few parents to pay for their kids' long-lost books, which solved some problems.

One mother actually checked out the Daniel Boone book! I had it displayed on my desk along with my latest Newbery review, and she said she was distantly related to Boone. (I thought, "Uh-oh. I hope I didn't say anything critical of him in my review!" But I didn't.) Anyway, that was nice, given that when I bought the book online I never imagined anyone else would want to read it. 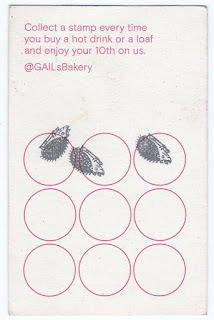 I also caught up on some back-office stuff in the library, like deleting duplicated patrons from the system. Sometimes our computer interfaces result in two accounts for a single person – easily corrected but I have to do it manually.

I found the card at right on the sidewalk. It's a loyalty card for Gail's, a chain of bakeries in our part of London. Even though I almost never go to Gail's I saved the card because look at those stamps -- they're little hedgehogs!

I wish we could encourage hedgehogs in our garden, but with Olga around it's a bad bet. I've never seen a wild one, though supposedly there's a small colony not too far away in Regent's Park.

Speaking of Olga, she was dramatically ill on Thursday night. She clearly ate something disgusting on her walk. I got worried because when she tried to hold her head up, it would wobble from side to side -- I've never seen that. She appeared to be dizzy. Anyway, it stressed me out, but we let her rest and cancelled her walk yesterday, and by evening she was back to her old bouncy self. That dog will be the death of me.

I finally, finally got all my Egypt photos posted to Flickr. If you're interested, the album is here, though it might be more Egypt than you'd ever want to see.

(Photo: A yellow Ferrari in Belgravia, a few weeks ago.)
Posted by Steve Reed at 6:28 AM