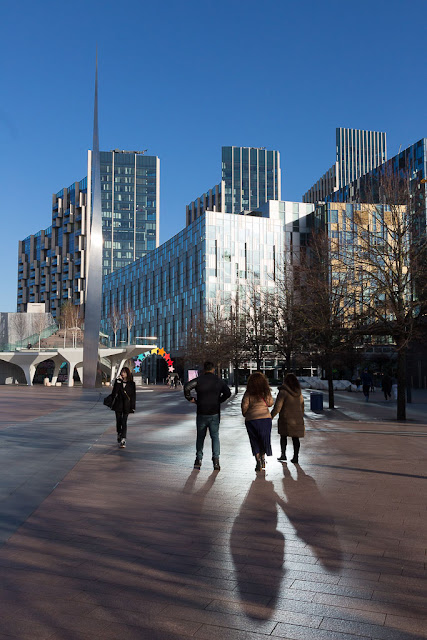 Last night was our annual Quiz Night at work. I was asked by the head of school to be on her team, probably because I was part of the winning team last year, so the pressure was on. I recruited a couple of other former teammates, and we all wound up -- in seventh place. Roughly the middle of the pack.

Hopefully I won't get fired today.

When work ended at 5 p.m. I had a couple of hours to kill before Quiz Night began at 7. I walked to the Danubius Hotel, which isn't far from work, and sat in their bar having a gin & tonic and reading. It was cool to revisit the ol' Dubious (as it's affectionately known where I work). Dave and I stayed there when we first landed in London almost nine years ago. They served my G&T in a ridiculous fishbowl-shaped glass. 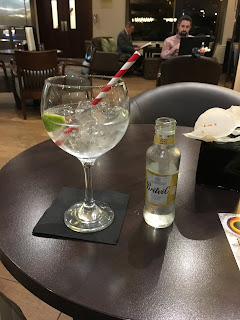 Back at school, our quiz team assembled. Dave was going to be on our team of eight but he felt so unwell he left work early, and another person couldn't come due to a sick child at home. So we were down a couple of brains right out of the gate.

We got off to a bad start when asked in the first round who won an Oscar for acting and another for screenwriting. We knew from the context of our answers that the name began with an E and ended with an N. I felt like a bloody genius when I came up with Elia Kazan, and we confidently went with that -- and then the correct answer turned out to be EMMA THOMPSON! Yes, my neighbor derailed me at quiz night. And I never quite recovered.

(Elia Kazan did win two Oscars for Best Director, and he was an actor and writer, so I'm still pretty proud of my answer, even if it was wrong.)

In retrospect, one of our downfalls as a team is we were all fifty-something adults. This was a very pop-culture-oriented quiz, and we were no good on questions about rap music (my apologies to Kendrick Lamar for thinking his name was "Kenner") or at identifying the music from the film "Interstellar." (Although I did at least see "Interstellar," so I suppose that's something.)

In the picture round we were shown an image of a dashing young man with exceptional teeth and none of us had any idea who he was -- and even when the name was revealed, we had no idea. I couldn't name him even now.

So, yeah, lacking an age spread definitely hurt us. In quizzing, as in life, diversity of experience makes us stronger!

(Top photo: North Greenwich, a couple of weeks ago.)
Posted by Steve Reed at 6:33 AM