A Barrage of Quiz Night Trivia 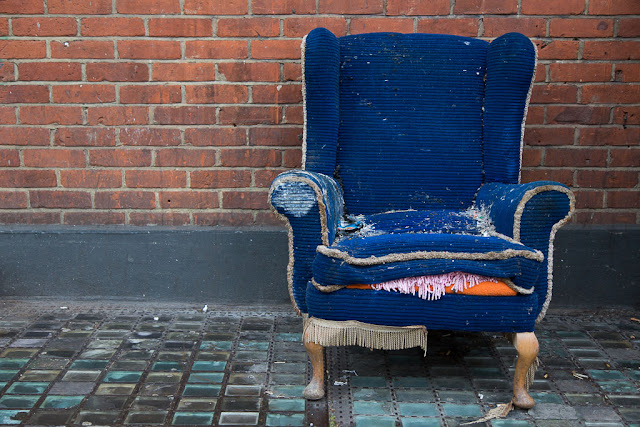 Last night was Quiz Night at the school where I work, where teams of teachers and parents compete to answer trivia questions correctly. The evening was run by a professional quiz master, with multiple sets of questions and about 12 teams (I think?) competing. Play took about three hours.

I organized a team largely made up of people from my department. And despite being down one team member -- who called in sick at the last minute -- we WON!

We only won by one point, but hey, victory is victory. And the beautiful thing is that all seven of us contributed something to the final score -- we all knew at least one answer that the others didn't. I, for example, knew Tom Cruise's real last name (Mapother -- a lingering shred of knowledge from my college years, when I had a celebrity crush on him) and I correctly identified Bulgaria by its shape alone. I would never have known the name of the rectangular bay that separates Norfolk from Lincolnshire, but one of my British teammates named it right away as The Wash. Another teammate was good on obscure pop music tracks and another on sports.

It's all about the team, y'all. And having at least one British person is essential when quizzing in this country -- we had two.

We fell down on a question about movies that had won Best Picture Oscars since 1970 whose titles featured the first or middle name of their lead characters. We got "Rocky" and "Forrest Gump" but we missed "Annie Hall" and "Driving Miss Daisy," among others. I added "Norma Rae" to the list but it turns out "Norma Rae" only got nominated for that award -- it didn't win. (You'd think I would have known that having recently read the biography of Sally Field, who did win for Best Actress.)

And what's the only Asian country bisected by the Equator? If you said Malaysia, like me, you'd be wrong. It's Indonesia.

Anyway, it was a fun night! Today we get to gloat a little.

(Photo: A discarded chair near our flat. I hope it hasn't recently been in anyone's house looking like that! I'm thinking it came from a garage.)
Posted by Steve Reed at 6:59 AM

Well done youse, fer winnnin' the trivia quiz. That's how we talk here, ya know. And Google does not like this kind of talk, let me tell ya.

To be a successful trivia team you need a team with a wide spread of trivial knowledge and a degree of confidence. No dithering. It sometimes helps to have some insight into how the quizmaster runs his program, which might involve money changing hands. And I know you (and your team) would never stoop to such low behaviour. And you would never, but never, resort to sneakily using phones. Knowing the answers off the top of your head really sorts the wheat from the chaff.

And the chair has certainly seen better days. However straight out of furniture showroom it might have been a chair fit for a queen. It's royal blue - get it?
Alphie

Congratulations on your win! I was in a team that came joint 2nd in a golf club quiz recently. One guy did most of the answers though unlike your team. The only answer I knew that no one else did wasn't used as I wasn't sure enough to press for it!

Well done to "The Library Lounge Lizards" on your tremendous success. Are you sure that nobody googled any answers on their smartphones? What did you win?

Good job! I love trivia games, although I never know anything current anymore.

That is a fabulous picture of that chair - wow!

Okay, you have to come to Tallahassee and do one of Hank's quiz nights. He is the Trivia Master! It's always fun and you're right- it's the TEAM that wins it.
That chair- it tugs at my heart. What a beautiful thing it must have been in its better years. A proud and sassy chair! It's a little too funky for use now, though. You are right.

Quiz night sounds like a lot of fun. Congratulations on your team's win!

Bet that was a nice chair in its day. I've never been to a quiz night but rather think I would enjoy it.
Briony
x

In a trivia game at a bar in North Carolina last year, I was the only person on any team that knew the name of the floppy red skin thing that hangs over a turkey's forehead. Actually, I didn't truly "know" it, I just put down a word that described what it looked like, and my guess was correct.

It's called a snood.

Everybody else had wrong answers, but they were hilarious. I think the players were fed up with the question and decided to have fun. Also, it was one of the final questions so everybody had had a few by then and winning wasn't the point any more, at that point.

That chair. All that fringe, original and imported. It's junky in a very eloquent way.

Wow, I'm impressed. I wouldn't have known Tom Cruise's real name and I certainly wouldn't have been able to identify Bulgaria by its shape. Earlier this week I watched an episode of "Inspector Lewis" that centered around a quiz weekend at one of the Oxford colleges. I immediately thought of that when you mentioned quiz night.

I have an 86 year old friend who loves to play games with her children, grandchildren and perhaps even great-grandchildren. One of her favorites is Trivial Pursuit.

Congratulations. I like trivia. We played the game on some our long bus rides to in services.

I am a bit drunk ... so able to say this....I love your postings but it would be nicer if you replied more often to comments, I want to feel more of a connection to someone I like ! XX

Ah, Tom Cruise, how I miss when he was young and beautiful and one could have a crush on him and not feel morally conflicted or ... just plain confused!

Congrats on your win!
The only time I won in trivia was when I'd been editing a kids' book on Andrew Jackson and a tie-breaking question was, Who won the contested US presidential election of 1824?

A: Not Andrew Jackson, (but I won't give the full answer, in case someone wants to jump in and display their knowledge--I had no idea until I edited this book).

The quiz sounds like it was big fun, with much team spirit. That chair is so battered, and yet, and yet, it looks as if someone could take it, clean it, recover and pad it and bring it back to life. It has a poetry to it somehow. Maybe it's just your picture.

Don't be so sure that chair wasn't just in a house . . . with several cats . . . or even just one, if he/she was diligent enough about scratching - lol

Well done on the trivia contest! We used to play Trivial Pursuit a lot when we were married, then again when our kids were old enough to be interested. It's the kind of thing we all enjoy. I think I'd be intimidated by a formal setting, though!

Alphie: Wait, are you in New Jersey?! I thought you were in Australia! :)

Frances: Well, that's the thing about a team. You have to have team members who are willing to consider all responses. We made the same mistake on the Indonesia question -- one of my teammates suggested Indonesia but the team went with my (wrong) answer. Oh well. And about your later comment, I DO try to respond, and I think I do so almost daily -- but it's usually a day or two after the post, so maybe you're missing them. I honestly just don't have the time to respond right away. Sorry. :(

YP: Library Lounge Lizards would have been a good name, but we weren't all librarians -- our department also includes technology, so we had some computer people too. We won a couple of baskets of quiz books and some Nerds candies -- LOL!

Bug: I know -- current pop music and stuff like that is definitely a downfall for me, too. We had a picture round featuring some current actors and actresses and I swear I've never seen some of them before. Thank goodness for my more youthful teammates!

Ms Moon: I would love to do a Hank quiz! Every time you mention him and his quizzing I think how fun that would be.

Briony: Yes, I think it was a nice chair at some point. Even now it's got a nice shape and, as someone said, "character." Maybe a little too much character. LOL

Vivian: OK, I would NEVER have known that word. I think I would have guessed a comb, like a rooster. Maybe you'd read it somewhere before and it was lurking in the back of your mind, just waiting for the opportunity to show itself again?

Sharon: I haven't watched that show. Is Inspector Lewis related to Inspector Morse?!

Catalyst: Trivial Pursuit is a great game! We have it here at home but we almost never have a chance to play it. It's especially good to play with kids -- I think they can learn a lot from it.

Frances: See my response up above. Cheers! :)

Fresca: I KNOW! He was so beautiful when he was young, and who knew he'd turn out to be such a freak? Without looking it up, I have no idea who won that election, but I'd guess Millard Fillmore. Or maybe John Tyler. I could be decades off.

37P: It has poetry to it, I'd agree, but I think it's beyond saving. (And when even I think that, that's saying something!)

Jenny-O: Ha! That's a good point. It could well be a pet chair! Pub quizzes (this was modeled on a pub quiz) actually aren't intimidating at all -- it's not like you're on a panel in front of people or anything like that. Plus, a little alcohol mellows the atmosphere. :)

That's probably why then.....I look for a reply the next day.....after you have put a new post up, and assume, obviously incorrectly, that you haven't responded. Sorry! I shall go back and have a look ! Have a lovely weekend.
I am doing a lunch today for 2 of our sons and their kids as it is my husbands birthday tomorrow. We have an 80th birthday to go to on Sunday.

AH, no one has jumped in to answer the 1824 question, so I'll say--because it's an interesting answer-- that Andrew Jackson won the POPULAR vote, but no one won a majority of electoral college, so the House of Representatives elected John Quincy Adams as president--the first US election in which that happened.

P.S. As a blogger with a tiny fraction of your regular commenters, I think you do a bang-up job replying! I'm impressed you take the time, frankly, to respond to almost every one. Some bloggers don't reply at all.