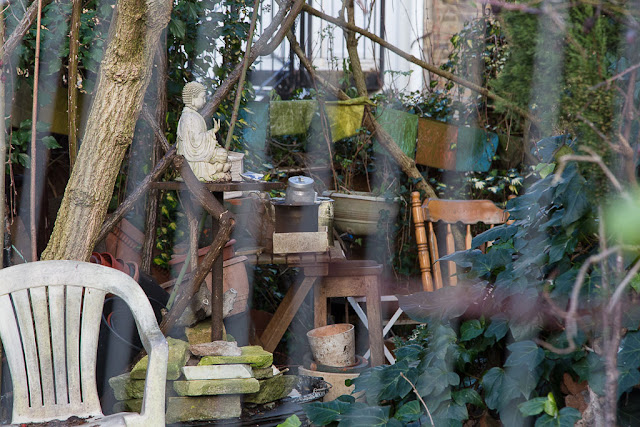 Yesterday I went to a presentation by the managers of our workplace pension. I thought it might be a good idea to know how this thing works, even though I'm still (I think) quite far from retirement myself. The guy who did the presentation was from central casting -- very trimmed and conservative-looking, dark suit, all business, completely monotone. Despite the fact that I have a pretty good head for practical matters, I am flummoxed by some aspects of the plan (or "scheme," as they say in England). For one thing, there are something like 299 funds where I could choose to invest my money. Who on earth has the time to sort that out? I think I'm invested now in a sort of default mix, and I guess that's fine with me.

Seriously, the cynical part of me believes these "choices" are really just a way to convince people they need to consult with investment managers, thus boosting the profits of the financial services industry.

Some good came of the meeting, though. I am going to get registered on the web site and at least familiarize myself with how much money I have and how it's accumulating. I am not an investment dabbler -- I'm just going to let it sit there and do its thing. 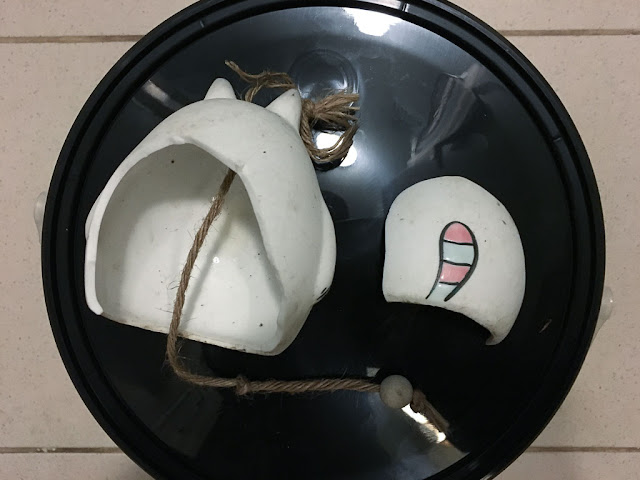 Yesterday morning I looked out into the icy garden and saw that Totoro had fallen from his perch on the walnut tree. Not just fallen, but fallen and broken. Poor guy! I'll have to do some repair this weekend on our Shanghai souvenir. I blame the squirrels.

I just finished "Beartown," a novel by Swedish writer Fredrik Backman. It's been getting buzz and it was pretty good, but I had a hard time getting into it at the beginning because so much of it centers on ice hockey. I know nothing about hockey and, being generally sports-phobic, I had an immediate and visceral dislike for the book. Once I got past the hockey and more into the lives of the characters (which took about 150 pages!) I felt better about it. Have any of you read it? What did you think? I don't think I liked it enough to want to read the sequel.

Today we have some tree-trimmers coming to take care of some things in the garden. Dave has been very insistent that we remove the apple tree in the rose bed -- it's not really a tree, more of a scraggly, unhealthy bush, and in fact I think it was cut down at some point in the past and regrew from the stump. He wants to use the space for something else and although I'm ambivalent about it, I've given in. They're also going to trim some trees at the back of the garden to make more sun for the wildflower bed. I confess I have anxiety about how it's all going to come out.

(Top photo: An intriguing garden in West Hampstead, through the temporary fence that encloses it.)
Posted by Steve Reed at 6:14 AM

Oh, the minefield of retirement pensions - or as we as we refer to it down here - superannuation. Good luck with all that. I only had a small amount of super when I retired and it's long gone.

Top picture - I guess who ever owns that garden got the avant garden design idea from The Chelsea Flower Show. I think I spotted that design myself - The Skip Garden or what Americans would call The Dumpster Garden.

I think the garden looks interesting and it might not have been squirrels. the jute may have just rotted through.

Ugh. Money matters. Some people have the interest, some don't. I don't. Which is not a good excuse not to be responsible.
Can you plant another fruit tree?

Pensions have almost gone the way of the dodo.

Coming from a banking background, you'd think I'd have that financial stuff all figured out. Not so. I mostly squeaked by with letting the money management people take care of things. That's probably not the best idea. You are on the right track to keep your eye on it.
That garden is quite a mess however it looks like there might be some interesting things hidden back there.
I have not heard of that book but, 150 pages of hockey talk is enough for me to avoid it.

I have a friend who drives himself crazy looking at all of that stuff everyday, worry if it will go up, worry if it's gone down, basically just worry. I'm with you , let it do its thing.
:)
I made a comment on Mary Moon's web site about accessing her site from your link, I was having trouble but I found it to be my problem. I fixed it. I visit you everyday that I am able, thanks for being there. And thanks for providing me a "click base," to all the other wonderful blogs.

I like savings accounts with good interest rates. That doesn't scare me the way investments and markets do. I keep waiting for the crash, the recession, the downward to of things.

Top photo: Tibetan prayer flags, a sort of a Buddha, but general disarray. Hard to figure the significance. Guess I'll just move on. Wait! I just figured it out. It's the state of your mind after that investment lecture!

Investment fees have gone through the roof here the past couple of years, with no noticeable improvement in service. I'm not speaking personally but from exposure through my accounting job.

Poor Totoro! I hope with some super glue he'll be back to himself :) The garden shot looks interesting to me. I wonder if it looks so cluttered because it's a side view? Maybe from a different angle it makes sense.

Beartown! I thought it was a great read. I'm not a hockey fan either, but it's not really about hockey. Or maybe it's just that I'm familiar enough with the game that it wasn't a struggle to follow that part of it. What is considered the sequel to it? I've read A Man Called Ove and found that to be a good read as well. Completely different from Beartown. I just did a search for more of his books and was surprised how many there were. I didn't think he had written that many. Time to get some, I think!

Totoro! I never noticed he has a tail.
Common wisdom advises us to learn something new every day, and now I have! :)

The top garden looks like a place where a forest spirit such as Totoro might be happy. I bet some interesting human lives there....

P.S. I liked "A Man Called Ove" pretty well, but when a copy of "Beartown" was donated to the thrift store, I flipped through it and suspected I wouldn't like it.
Reading your review, I'd say I called it.

You're very good to read 150 pages before giving up! I know I don't have the patience. The top photo looks very surrealistic. Interesting but a little scary (I think I read too many mysteries!)

Alphie: Yes, it is indeed a very rubbishy garden. But one person's rubbish is another's treasure, I suppose.

YP: LOL! I wonder what the inside of the house looks like?

Ms Moon: I'm sometimes interested. I like saving money and keeping track of expenses and that kind of thing. But this is so ridiculously complicated!

Red: Yeah, they call it a pension, but it's really more like a 401K in that we have an account and the ability to guide our investments. It's not like the old-style fixed benefit pensions.

Sharon: Well, even a banking background is no guarantee that every aspect of financial services will make sense, I suppose!

TJ: I'm glad you got here! I wonder what was going on?!

Robin: It could certainly happen!

Catalyst: I'm not sure my mind after the investment lecture contained anything so restful or contemplative as a Buddha -- ha!

Jenny-O: I think Totoro will be repairable. And no, the garden really IS that cluttered. Thanks for the alternative opinion on Beartown! My boss really liked it too, and she said the same thing -- that it was more about the people than hockey. I don't really know anything about hockey so it could be that not knowing made it a sort of stumbling block for me.

Fresca: Well, OUR Totoro has a tail. I can't vouch for its presence on ALL Totoros. :)

Sue: Oh, but I didn't give up! I saw it through. I rarely give up a book, even one I don't like, unless I just can't stand it. And that's rare. Sometimes they turn around and I wind up being glad I didn't quit.

I LOVED Beartown! We do watch hockey, although I still don't know a ton about it, but I loved the character sketches. I listened to the audio version & the narrator did a great job, I thought. I'm off to see what the sequel might be.

Circling back to this post because,
1. I checked, and Totoros do have tails :), and,

2. I read "Beartown" because shortly after this post, a 2nd copy came into the thrift store!
Rather, I read a couple hundred pages and then skipped to the end.
The hockey was the least of what I disliked about it. In fact, I didn't mind the hockey--it was the author's style I much didn't care for: I found it preachy and predictable, and the book is, IMO, a moral lesson in disguise more anything.
I think I would have LOVED it when I was a teenager though! Teenage me loved heavy-handed moral stories.
So I'd say it's more of a YA novel.

Having said that, the rape was so much like Christine Blasey Ford's, it was horrifyingly topical...