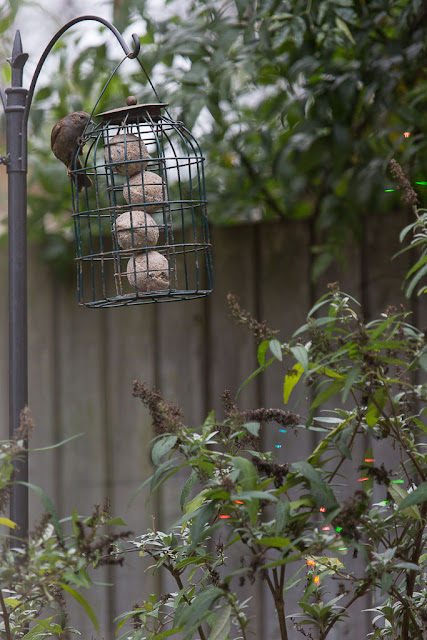 Here we are back in London, where the light is flat and gray and the winds are chilly. Today's lows are supposed to be just above freezing -- a far cry from Florida, where I was sitting out in shorts and a t-shirt!

You may remember that as I wrote yesterday's post, I was sitting in an airport bar with Dave, waiting for our plane. Well, no sooner did I finish writing than Dave came back from a trip to the bathroom, hurriedly looked through his stuff and said with a touch of panic in his voice, "Where's my computer?"

Yes, folks, you read that right. For the second time on this trip, Dave had lost his school laptop.

At first we thought someone took it out of his shoulder bag while he was in the bathroom and I was typing away on my blog. In fact, I announced as much to the bartenders, but they seemed skeptical. And sure enough, Dave learned from the TSA agents that he'd left it at security, and it had been sent to a police office in the main terminal.

Of course our flight was boarding as all this unfolded, so Dave wound up sprinting through the terminal to the police office, retrieving the laptop, sprinting back, going through security again while I sweated wondering if he was going to make it in time. (I pondered the ethical dilemmas: Should I get on the plane alone? Why should both of us have to pay for a new flight? Would that be selfish or sensible?) Obviously, in the end, he got there.

I told him he is NO LONGER ALLOWED to travel with that damn computer. Of course, I don't make the rules, and he needs the computer, so that declaration isn't going to stick. But I felt better saying it. 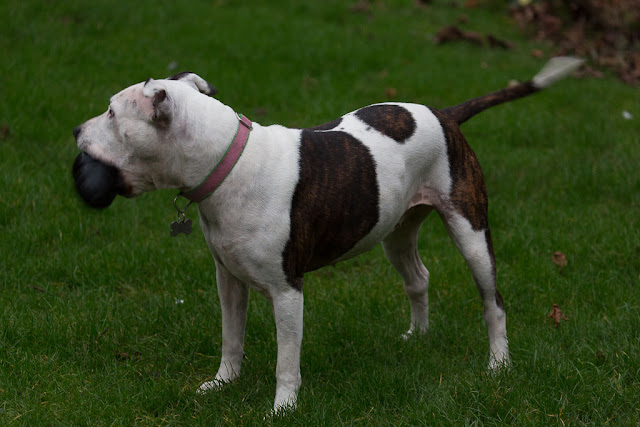 And surprise, surprise -- Olga came back last night! No, not because of bad behavior. I texted Simone yesterday afternoon to let her know we'd returned to London, and although I could have sworn she'd originally said she couldn't bring us Olga on New Year's Eve, she did. So Olga was reunited with her Kong and her back garden -- you can see she's distracted by squirrel activity in the photo above. We were all able to ring in the new year together! (And no, we didn't stay up until midnight.)

Yesterday I sorted laundry and organized the house a bit. I haven't had a chance to take many pictures -- the top photo shows a dunnock on our suet feeder. The feeder itself was knocked off the pole and completely empty when we got home yesterday morning. Squirrels, I'm betting! I took that photo through a window, and you can see the reflection of our Christmas lights in the glass, like a fading holiday apparition.
Posted by Steve Reed at 6:24 AM

Going through security is a nightmare having to take all relevant contents out..hoping they all go through ok..and they never pack back properly!
Glad you've arrived safely home and in the new year.

Dave is a dozy fellow! Good job that you are his carer - picking up the pieces and keeping him on track. Happy New Year to the three of you!

So glad the family is back together again and all is well. Happy New Year to all of you!

Happy New Year to you and Dave and Dave's computer and Olga. I am certain that 2019 will be a transformative year for all us Americans...go, Nancy Pelosi and the subpoena power of the 116th Congress.

FYI, if Dave had checked luggage in his name and he didn't board the plane, I'm pretty sure that the plane would have been grounded until the luggage could be found and taken off the aircraft, a delay that would would have given Dave a few extra minutes to run and grab his computer and get back to the gate.

I'm not saying it's the best Plan B there is, but if Dave should forget his computer ever again I think you can time-manage your departure on having a few extra minutes before you have to give up on his catching his flight.

In response to the ethics of leaving Dave behind, I'd have to vote "Go". I've been in that situation with my husband (cell phone left behind at Security) and I was ready to take off without him. Because, right: why should you pay for TWO new tickets?

Have a great 2019. Dave really knows how to live on the edge. Now it would have been worse if he'd left you behind someplace.

welcome home! and how do you go off and leave your computer at security and how did you even locate it?! Dave needs one of those child leashes for his computer.

happy new year. we're all hoping for a better year than last.

I can see why you walk Olga. If Dave did it he'd probably forget her somewhere. *)))

I like Ellen's idea of a child leash for Dave to put on his computer!! lol

Isn't it nice to get back to normal life again? I'd guess Olga feels much the same way, no matter how much fun she had on her "vacation"!

Welcome home! Nice to see Olga is there too and things will be returning to the normal routines soon. Enjoy this first day of 2019!

Welcome home... and into a new year!

Olga looks like she settled right back in. Was she mad at you for being gone?
I have a friend whose wire fox terrier ignores her for a couple days after my friend returns from a trip, as if to say,
"Do I even know you, you terrible person who disappears on your best friend?"

Computer leashes are a good idea! For cell phones too.

Me, I need those clips that parents used to (still do?) attach their children's mittens to their coats with--I've already a pair of mittens this winter.

I've never heard of a dunnock but enjoyed looking it up and reading about it. Losing the computer sounds like a bad dream. Glad you both got to fly home together! Happy New Year!

GZ: It's true. I always get so annoyed at the would-be "shoe bomber" when I think about how he transformed all our lives.

YP: Dave is actually remarkably "together" most of the time, but he does get absent-minded about certain things.

Vivian: That's a very good point. I wonder how they would have reacted if they'd started removing his luggage and he arrived? Once you've set that ball in motion, can you bring it back again?

Red: I thought about that! "How would I feel?" But honestly I think I'd understand if he left me behind in similar circumstances.

Ellen: Yeah, I can't imagine leaving a computer behind. It has a distinctive case which helped the security guys remember it and locate it again.

Jenny-O: We are SO ready for normalcy.

Fresca: Olga is remarkably well-adjusted about us leaving. She usually slips right back into the groove the minute we get home.

Sue: They're cute little birds. We have several of them in our garden.

I must be feeling a little bleary eyed because I could have sworn you wrote "I sexted Simone..." & I knew that couldn't be right... I'm glad you all made it back safe & reasonably sound!

Welcome home, Steve and Dave!
I do believe that Dave has used up all of his computer luck and must now travel without, as you said he should.
Enjoy your own little nest.