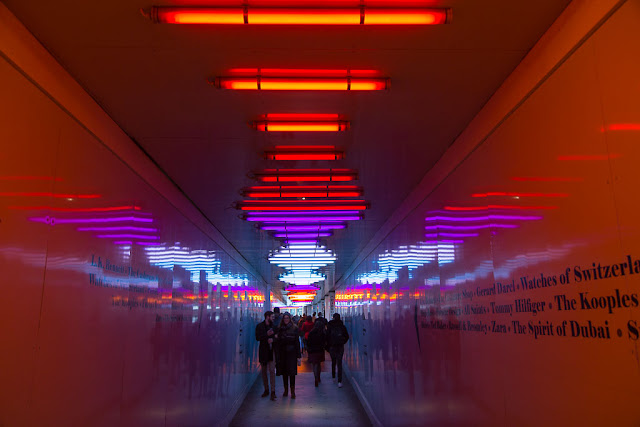 One of my blog pals, the esteemed Mr. Yorkshire Pudding, just wrote a post about the Internet and the many ways it has changed our lives. For better or worse, it has made a wealth of information quickly and conveniently available, in ways that could only have been dreamed of 30 years ago.

Here, in roundabout fashion, is an example from my own private files. When I was in college in the '80s, I was a writer on the student newspaper. The great thing about writing for student publications is that you wind up doing everything -- writing and editing news, features, headlines, editorials and columns. In my three years on the paper, I worked on every section except sports.

One day in early 1987, a colleague suggested I write a record review. I don't remember what prompted the suggestion -- I was probably enthusiastic about a new album that arrived in the office mail. What followed was an uninspired, sporadic foray into music reviewing that lasted all of about four articles.

My first outing was with Peter, Paul and Mary's album "No Easy Walk to Freedom." I began by asserting, quite incorrectly, that social comment in music was "coming back into vogue after a lengthy hiatus." Where I got the idea that it had ever left is anyone's guess. (My editor, with whom I had frequent political disagreements, snidely headlined the article "Social Comment Returns." Somehow that succinctness made my premise seem doubly ridiculous.)

I followed that up with a thumpingly idiotic review of Suzanne Vega's album "Solitude Standing," which I blithely pronounced was "unlikely to garner her any new fans." (It went on to become the biggest success of her career.) I called "Tom's Diner," one of the better-known tracks, "too long" and "irritating." The song "Luka," which became a top-ten hit and earned Grammy nominations, I called "commercial and nondescript" and I professed to be unable to tell what it was about.

In what was probably my most accurate review, I wrote glowingly of Carly Simon's album "Coming Around Again." But here's where I could have used the Internet. I suspected that Simon, singing about believing in oneself and in love, might have been inspired by her own healing after her divorce from James Taylor. I tried and tried to find out if "Coming Around Again" was her first record following that divorce. I called the record company's publicists, and they flatly refused to tell me, saying they wouldn't discuss Ms. Simon's private life.

Finally, after enduring my multiple phone calls and repeated pleading, a publicist confided on the sly that it was not Simon's first post-divorce album. Not to be daunted by mere facts, I slipped my theory into the story anyway. Now I see -- online, of course -- that she and Taylor divorced in 1983 and she released an album called "Spoiled Girl" in 1985. She did, however, remarry in 1987, the year of "Coming Around Again," so I suspect my assessment was correct.

Finally, I reviewed Tuck & Patti's album "Tears of Joy," which I called "a jazz-vocals album that deserves accolades." I wasn't wrong about that.

I went on to do occasional entertainment writing (but not reviewing) in my professional career. Let me just say, writing this blog post was so much easier than getting background for any of those articles. Album names, dates, awards, chart positions, movie casts, an actor's previous roles -- it's all there at the touch of a button. Of course, the Internet also exploded the whole concept of a music "album," and we have to worry that what we're finding online isn't true!

(Photo: A covered walkway in Knightsbridge, near the Harvey Nichols department store.)
Posted by Steve Reed at 6:29 AM

Hell! What would you have been like as a sports reporter?..."Some men in shorts ran about on the field. One of them fell over and a man dressed in black blew his whistle then another man - from Argentina I think - kicked the ball into the big fishing net. Lots of people cheered and clapped but I went to the catering stand for a cappuccino and a stem ginger cookie. Oh and it was the final..."

Judging music is a tricky thing isn't it?
My Grandson works for Universal as an A&R man. Some of the music he plays to me I wouldn't give house room to but it often does really well.
It's all a matter of taste.
Briony
x

The same colleague suggested I review a record by Wendy Waldman...I don't think any of the tracks got a single moment of air play and I have no memory of my review though I did manage to learn about the process of making recordings.

Can you imagine the frustration of going back to a world of no internet? That row of encyclopedias in everyone's living didn't have all the answers.

It would be so hard to go back. I use google many times a day for everything from how to spell a word to specific definitions to who that actor (you know- that ACTOR!) was who played in that movie with that guy.
And when the kids ask one of those questions that you have no idea the answer to- well, it's right there on my phone. With pictures. Possibly video. It's freaking amazing! Not to mention things like being able to download audio books from the library. That alone has changed my life. So have podcasts.
Yeah. We live in a world full of wonder and miracles. And didn't Paul Simon write a song with a line in it about wonders and miracles? What was the name of that song? Maybe I'll google it...

yesterday my grandkids and I used the internet to get directions to a restaurant we wanted to eat at, to find out if the Rothko chapel was open that day, and to jog my memory for the name of Down's Syndrome. as for the music reviews, well maybe some people agreed with you. and speaking of music, I saw on twitter that some of Kanye's fans had never heard of Paul McCartney and thought Kanye was going to give Paul's career a big boost.

What an interesting post today. I can't begin to count the number of times I use Google to get information each and every day. How did we manage before? I know how, we spent a lot of time going to libraries and searching old publications and making phone calls. Your last comment is the one that I worry about the most. Trusting what we are reading to be true. The line between truth and fiction is so blurred at this point that I'm not sure how we will ever be able to trust anything we read or hear again. After all, the country is being led by the biggest liar of them all. And, 40% of the population believes him.

I have a love/hate relationship with the internet. It is an amazing place to ask crazy questions, find answers, be informed, illuminated, and creative...BUT... its also an insane circus of absurdity lies intentional misinformation and bigotry (just to name a few). You remind me though that when I was still an employee of the University of California, my last job for a decade was adviser to the students who put out the campus newspapers and poetry journals. One of my most favorite jobs. The best and brightest students, engaged with the world.

One of Puddings points was that the internet holds just about everything. Some of the info should be allowed to be forgotten. I wonder what's coming next?

An absolutely fascinating post! I too worked on my college newspaper and it was another world entirely. I often reflect to my husband that if it were not for the internet, I don't know that I would be able to write memoirs for other people in the time frame of mere months. Once upon a time, I would have had to have set up shop in a library, and do all my research from books and periodicals on file, rather than at my desk in comfort with the magic touch of a few computer keys. When I take myself to a coffee shop to write some days, I marvel that all my research is contained on my laptop. I don't carry so much as a single book. I do consult some books for research of course, but the web and e-readers provide so much I never need to physically transport them. That said, your reviews sound wonderfully opinionated, and just because history unfolded differently doesn't mean you were wrong. Reviews are subjective after all, and back then, existed in the moment. Of course, now everything lasts forever online.

Oh, and I meant to say that photograph is mesmerizing.

I once fashioned myself as an arts and culture reporter for a radio station I worked for in Indianapolis. I reviewed a dinner theatre's drama and pronounced it "a boffo performance." I was roundly jeered about using the word "boffo". I think I picked it up from Variety but it apparently wasn't common dialect in Indy. Ah, youth.

I find reviews to be very subjective anyway - I often disagree with book reviews I read in the newspapers or online. Tastes vary tremendously.