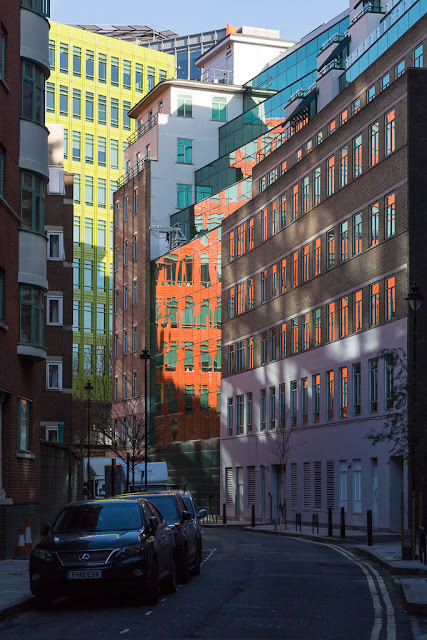 It's about a boy living in a poor mountain community who routinely shimmies up a 40-foot vertical steel pole in his yard and sits on a bicycle seat at the top, surveying his domain. It seems an unlikely premise, frankly, but there's a lot of other stuff going on too and somehow the atmosphere of magical realism in the book makes it all feasible.

I've had a range of reactions from kids to my Newbery reading project. Some of them are impressed: "You're reading ALL those books?!" Some of them are dismissive: "But the Newbery is for kids' books, isn't it?" The editor of the student newspaper said he wanted to write something about it, but I haven't heard back from him, so who knows whether that will actually happen. And one of my co-workers in the admissions office said she's going to join me.

The library wasn't too busy yesterday or Thursday. We had a few classes in, but most of the high-schoolers were on an altered schedule to make room for special events and presentations dedicated to human rights issues. We're back to our normal schedule on Monday.

Some kid left a lunchbox behind in the library at the beginning of the week, and I put it in the Lost & Found bin. It was still there Friday, so I opened it, and of course it was full of moldering food. I threw all the food away and brought home the plastic containers to run them through the dishwasher. Hopefully the kid will reclaim it at some point.

Dave and I started watching "Schitt's Creek" on Netflix last night. I kind of like it, but Dave wasn't impressed. I think it might be one of those shows that I have to watch when I'm alone. (And that rarely happens!) I was surprised, because he loves those Christopher Guest movies like "Best in Show" and "Waiting for Guffman" that star some of the same people. We also watched the new "Star Trek" series, "Picard," and he seemed to like that more. He's a big fan of "The Next Generation," so it's fun for him to reconnect with those characters, while for me "Star Trek" means Shatner and Nimoy and those classic red, gold and blue uniforms.

I am not paying any attention to the impeachment. I know it won't go anywhere and I just don't have the stomach to even endure the process. I'm not too worried about coronavirus, either -- it sounds like it's mostly just a bad flu, unless a person has underlying health issues, which is true for all flu bugs. And although I think Harry may eventually regret giving up his royal duties, I certainly don't begrudge him moving to Canada to be with Meghan and Archie. The British public has a lot invested in him, but he's ultimately entitled to a life, isn't he?

(Photo: Colorful buildings in St. Giles, London.)
Posted by Steve Reed at 7:16 AM