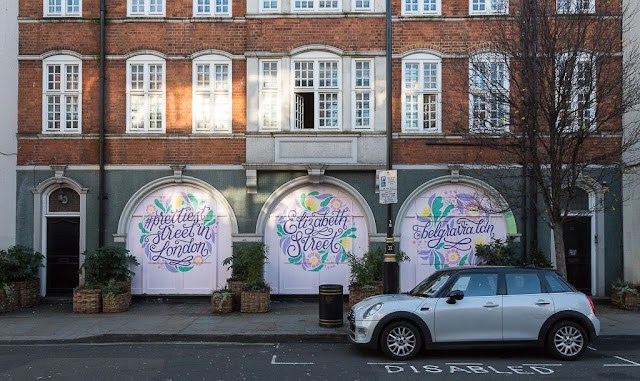 I had trouble getting Olga to go for a walk yesterday, even though the skies were clear and there wasn't a hint of rain. She's been limping a bit the last few days; one of her back legs appears to bother her. We suspect it's arthritis, but she also may have hurt it on one of her outings with her walker.

It makes me sad. I feel like it's a vision of her future -- or maybe the future has arrived, God forbid. All our long walks on the Heath, the Kong-chasing, the squirrel hunting, the daily outings that have formed a foundation for our lives here, suddenly seem very tenuous and fleeting. She's always been such an energetic dog and it's hard to see that energy and enthusiasm decline, as I know it must.

Then again, I shouldn't make more of this than it is. She may just have a temporary injury. We gave her half a paracetamol (acetaminophen), as recommended by our vet, and that seemed to help. I was then able to walk her a short distance later in the morning. Only time will tell if she feels better long-term.

I probably should cut down on the Kong-throwing. When she chases the Kong she tends to wipe out and that probably puts a lot of stress on her limbs. She can still carry it around if she wants to.

Otherwise, yesterday was pretty quiet. We met our pal Colin in the evening for a drink at the Black Lion, and ordered some sushi for dinner. I've started reading Tina Brown's diaries from her years as editor of Vanity Fair -- it's a book I bought years ago from John the bookseller and never got around to reading. It's a huge tome and maybe more than I need to know about being a magazine editor in New York in the 1980s, but then again, the blogger/journalist in me is always interested in other people's diaries. So we'll see how it goes.

(Photo: Elizabeth Street in Belgravia, claiming to be "the prettiest street in London.")
Posted by Steve Reed at 6:43 AM

No doubt named for the queen? I hope Olga recovers quickly.

Poor Olga......I hope that it is just a temporary thing.You are right about the Kong throwing though...... and ask the squirrels to run more slowly too!

The other day I saw someone pushing their old dog around in a baby buggy. I imagined a fussy matron peeping in ready to say, "Oh what a pretty baby!" and instead seeing the mutt of a mongrel. It would give the old lady a real jolt.

My Pogo has a doggy stroller that he rides in when I take him out and about. My last doggy has a pink and black one because she could not walk very far. Pogo's carriage is a pretty green and black. It makes life so much easier for our doggies and we can sometimes take them places that they otherwise could not have gone. They are affordable on google or ebay.

I agree that the building in the photo is rather nice looking. As for blog books, I put some information on my blog today for you. I hope it helps. You have a super day, hugs, Edna B.

Yes, you may have to eventually change your routine up a bit for Olga. But you know, she's a strong dog and you and Dave have taken excellent care of her. She'll probably have some very good years ahead of her. That's my wish for her, anyway. And for you.
I'd like to read that book. I love reading other people's diaries! I'm just nosy.

I do hope Olga's limp is just a temporary thing. Time with our animals passes much too quickly.

You might try giving Olga some glucosamine chondroitin supplements that are available for dogs. When our old Doberman was having difficulty with arthritis, they made a big difference in helping her move more comfortably through her final years.

I hope Olga's limp is a temporary issue and that she'll be back to her exuberant self soon. Give that puppy a little loving pat from her virtual friend on the far north coast of California.

Bummer - Do You All Have CBD Products?? A Few Drops In Their Food Bowl Works Wonders. As ForYou Two, Stay Strong For Her.

my little dog who will be five this spring is also showing signs of slowing down. she doesn't really run full out in joyful loops around the yard anymore though she does still run full out after squirrels and cats. hopefully Olga just has an injury and will heal.

Critters health is always a concern because they can't tell us what's bothering them.

How old is Olga now? My Ginger is slowing down some but she's still apt to run, play, "fight" George, and dig holes. She will be 13 this year. Hopefully Olga just has a temporary (slight) injury.

It's always sad when one's pet loses its youthful spring. I hope Olga is just undergoing a temporary pain and will be back once again for long walks and squirrel chasings.

Regarding Olga's activity level, the saying 'an ounce of prevention is worth a pound of cure' comes to mind - you may, as you said, need to think about altering some old habits. It's hard to find the right balance sometimes. I hope she's back to normal in short order.

Our little chihuahua started limping a month ago, and when it didn't seem better after a week we took her in to the vet. He diagnosed a torn ACL in her knee. She had a prescription for an anti inflammatory and she's not supposed to run or jump on and off of furniture. It's gotten much better and hopefully will completely heal. The vet said dogs under 30 pounds don't usually need surgery, but larger dogs often do. Also said that it's a very common injury. I hope it's nothing serious and Olga feels better very soon!

We gave glucosamine to our Airedale when she developed a bit of soreness in one knee and it really did the trick for her and it was easy to give. Olga probably overdid herself when she was with the walker.

Oh Olga - arthritis is no fun! But meds do help as I well know.

old age for doggos is the worst part. Olga is not that old though so i am guessing she got hurt. I didn't mind when Dexter slowed down a little, - two long walks rather than three, but then it went fast...carrying him for walks, and then , no more.

Aww the pitfalls of growing older. Perhaps it is just a short bout of arthritis that is weather related. Poor girl. I want to try and spell this but I probably will mess it up but my ex husband's knees hurt something awful from knee joint pain and I bought these capsules at Walmart and it really helped him but I think dogs can take this too. Glucosamine. Call your vet and ask but I really do think that it would help her. Oh and my spell checker spelled it right so all you have to do is write down the name and call a store like Walmart.... I googled it and this popped up... petnc Natural Hip and Joint from Chewy.com $&.89 but you might get it cheaper elsewhere...
There are a couple of good articles if you type in Is Glucosomine safe for dogs.

We are having gorgeous weather here. It was 75 yesterday and 73 today. We are supposed to have rain on Wednesday. But I have really enjoyed sitting outside in the sunshine. It isn't to hot or to cold. If I could find a place with this kind of temps year around I would just move there lol.

Enjoy your book. I have a couple I want to read and Miss Edna sent me one I haven't read for Christmas so I think that I will devote some time to start it in the next day or so.

Have a wonderful week and I will talk to you later on. Beth

That was an error above of my own making... $7.89 is the correct price.. sorry about that.

E: I think the name predates our current queen, actually, but I suppose it could be named for QE the first.

YP: We've talked about the possibility that we'll eventually need to get Olga some kind of conveyance. Probably not a stroller, though. :)

Edna: Thanks for the blog book info!

Ms Moon: I think nosiness is my inherent condition as well. :)

Sharon: It does. We've had Olga seven years!

Mary: Thanks for the hint! I remembered there was a supplement for joint pain but I couldn't remember what it was. We'll look into it.

Padre: I don't think CBD is available here. Not yet, anyway! I'll have to look into it.

Ellen: There really is a marked difference between youth and middle age, isn't there? At least in dogs. :)

Red: Exactly! We just have to guess what's going on.

Jennifer: We don't know for sure, because she was a rescue, but we think she's nine or ten now. It does appear that this might be something temporary.

Catalyst: Me too! I need them as much as she does!

Jenny-O: Yeah, we're going to work on that, I think.

Sue: Olga went through a limping phase last year that the vet diagnosed as a possible ACL injury -- but she didn't require surgery and it healed on its own. This limp doesn't seem quite as severe, but we'll keep an eye on it. I know ACL can be a problem for pooches.

RedPat: Thanks for the glucosamine recommendation! I think she may have overdone when she was out with Simone, who took care of her while we were in Egypt. Just a guess.

Bug: Hopefully we can keep it to half an acetaminophen every once in a while, with the possible eventual addition of glucosamine.

Linda Sue: Old age is no fun for anyone, I suppose! I think Olga, at this point, is just getting a little slower.

Beth: Thanks for the glucosamine recommendation and your research! I'm sure we can get it here in England as well. I just need to look into it.