A Lunch, With Fox Leftovers 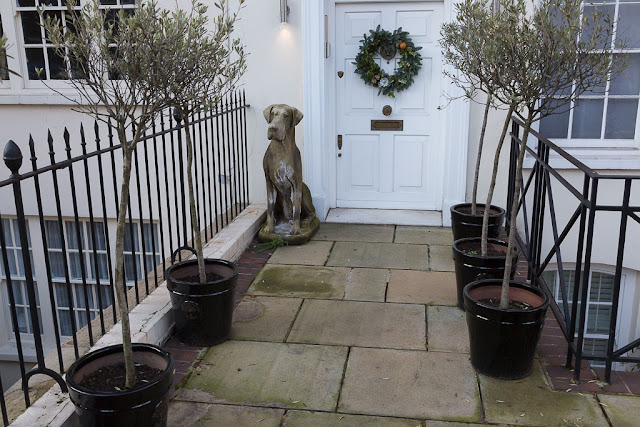 Dave and I had our Brexit-supporting former neighbors Chris and Linda over for lunch yesterday. It turned into an all-day affair, between cleaning the house beforehand and mopping up in the kitchen afterwards. They left around 4 p.m. and Dave and I were so exhausted we sat silently in the living room for the rest of the evening, barely talking even to each other.

Chris is a character. He's a former newspaperman, but he's oddly impervious to any new information that doesn't agree with what he previously understood (or assumed) to be true. For example, he came in yesterday insisting that a popular restaurant we like in Soho had closed. He said he'd walked past it and it was utterly shuttered, the building for sale. Frankly, this seemed unlikely, so I looked online. The website was still up, the street address hadn't changed, and when I called, a maitre'd answered, ready to make a reservation. Chris simply would not accept that he could have been mistaken.

He's the same way with current events. He'll sort of listen when we argue a point, but he is completely immovable and when we next see him, it will be like the previous conversation never occurred.

He also insists on calling Olga "he," which is a small thing, but it annoys the heck out of me. She has a girl's name, for God's sake.

Anyway, as you can probably tell, it was a lot of socializing for a single day.


Dave baked a chicken, and we had some bits left over, so I stripped it from the bones and set it out for the foxes right before I went to bed. As you can see above, one showed up promptly, and then came back a few hours later, no doubt hoping for more.

Before going to sleep, I read more of Tina Brown's "Vanity Fair Diaries." Here's another juicy tidbit. Brown went to Oxford in June 1986 to do an article, and hired a student named Allegra as a temporary assistant. "I had lunch with a bunch of posh students Allegra knows, including her boyfriend, a young fogey with a thatch of blond hair and a plummy voice called Boris Johnson," Brown wrote. She eventually decided not to do the article, feeling unable to penetrate the "class loyalty of the group," and returned to New York. About ten days later, Allegra wrote a "really nasty piece" about Brown in the Sunday Telegraph, with the centerpiece being that lunch. "But Allegra wasn't present, so Boris must have told her what to write -- a snide, garbled version of what I said, because he took no notes and clearly recreated it, full of falsehoods, from memory -- and then she put her byline on it. I was truly gobsmacked by the awfulness of it. God knows why smiling Boris would behave this way either." She protested to the Telegraph, which agreed to run a letter correcting the record. "But Boris Johnson is an epic shit," she concluded. "I hope he ends badly."

(Photo: A dog statue in Belgravia, identical to one at a house near ours that I've photographed before.)
Posted by Steve Reed at 7:03 AM

I hope Johnson ends badly too! An "epic shit" is a remarkably accurate description. As for Chris, I think I would be tempted to push his arm up his back, wrestle him to the floor and then kneel on his shoulders in order to slap his face with with a wet haddock. "Not such a cleverdick now are ye Chris?"

Love the fox video. Have you noticed that they are not greedy animals. When we put the food out they only take what they want and leave the rest for others, not sure if its because mine isn't good enough and there's better somewhere else or if they are just delicate eaters.
Briony
x

If only. (Boris ending) At least badly enough to never show his face again.

Some people thrive on being epic shits, obviously...

Why didn't any of these epic shits with stupid blonde hair meet their ends at an early age?
And why do you guys have those former neighbors over? Chris sounds most unpleasant.
The fox, however, is a lovely guest.

I see that Boris Johnson never changed after all these years... a true epic shit. I'm a little surprised that your friend sounds like a bit of an epic shit as well. A bit of a schmuck too. Love the fox!

I doubt I would ever invite those folks to my home again. They did not sound very pleasant. I love the video of the fox. I'm so glad that you feed them. They get hungry too. You have a good heart Steve. Have a wonderful day, hugs, Edna B.

epic shits seem to be in control these days. as for your neighbor, that's sad, that he has to be right even in the face of proof and refuses to change his opinion. and really it's plainly obvious that Olga is a girl. I find it hard to be around know-it-alls.

That latest clip from Tina Brown's book was most interesting and "epic shit" is a perfect description. I know someone else who fits the description who is in a similar job as it happens. ;-) What a strange characteristic for a newspaperman. Well, unless you work for Rupert Murdoch.
I loved watching the fox!

I Certainly Understand Your Feelings - The Boy Dog Was ALL Boy - He Loved The Mud, Airplanes, And Female Humans - Drove Me To Drink When Someone Would Ask," How Old Is She?" Anyway, I Posted The Last Of The Egypt Series - Enjoy And Be Well During This Work Week

I was going to ask the same thing re: the neighbors.

The visit by the former neighbors sounds excruciating. May you never do it again. I'm curious about the fox video. Does a light come on when they enter the area and, if so, why doesn't it frighten them away? And the Tina story about Boris is a keeper. She had him pegged, way back then.

wow, Tina- prophetic or maybe just fact/truth...a lot like old observances of the Donald...why do these turds achieve so much...stealing ? guests that demand and cause exertion should at least have to clean the house after...Impossible company.
Olga , he puts up with so much...

the dog statue is just a bit much

And how does Linda take Chris's behavior? lol

Love the video. It's a little heartbreaking how fast the fox eats, clearly uneasy and on full alert. He/she looks in good shape, though, which is comforting. It's thoughtful of you to put the food out.

It's a rather stressful time when someone insists they are right and no amount of evidence will convince them they are wrong.

I love the term "epic shit." She had him nailed in one try. Chris sounds tedious as hell. I'm not sure he's worth your herculean effort. How about next time you all go out to that restaurant he thinks is closed?

YP: I'm going to try that next time I see him. Would a salmon do?

Briony: I have noticed that they eat rather daintily. Olga wolfs food down almost immediately, in huge gulps. But foxes seem to be nibblers.

Ms Moon: Some epic shits are insulated from the effects of their bad behavior by their money. As for Chris and Linda, you know how sometimes you find yourself in a social pattern that's hard to get out of? Actually, they're not that bad, but I overdosed on Sunday.

Robin: That's what I thought was so impressive -- Tina Brown wrote that 24 years ago!!

Edna: Well, they're really not that bad. They're nice people. I just had enough of them on Sunday.

Ellen: Some people, when presented with evidence of their wrong-thinking, reflexively dig in deeper. I think it's something to do with feeling vulnerable and fighting back. Trump people do this too!

Sharon: I know -- that's what's so interesting. The guy used to work for a newspaper and yet his thinking is completely inflexible. Maybe he was more open to suggestion when he was younger.

Padre: Isn't it funny how a relatively small mistake can be so frustrating? What annoys me isn't that he called Olga "he" one time -- it's that he does it OVER AND OVER even though we pointedly say "she" when we respond back. It's like the guy has no ears.

Jennifer: Yeah, it's hard to explain without revealing too much personal info about Chris and Linda. Suffice to say they've had a difficult time over the past decade or so and we've tried to treat them gently. And honestly, they're fine in small doses. Hosting them just proved a little too taxing for me.

Linda Sue: Well, to give Linda credit, she did offer to help clean up, but I'd rather do it myself!

John: LOL -- I know! They're sort of bizarre, aren't they? I was surprised to find another one!

Jenny-O: Linda doesn't take it well. They get very plainly annoyed at each other. It's a little uncomfortable, actually! Yeah, the fox is definitely on red alert -- I'm sure it knows there's a dog at this house.

Allison: I told Dave we all need to go to a restaurant from now on!