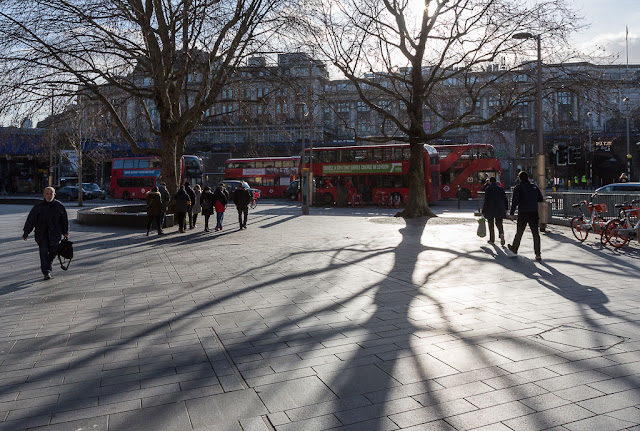 Finally! Sunshine! I went for a long walk yesterday through Piccadilly and Soho, along the Strand and across Waterloo Bridge. It was a fabulous day -- chilly, but with great sun and shadows and lots of photo opportunities. Olga stayed home, but I think today is supposed to be pretty nice too, so I'll make it up to her.

First, in Piccadilly, I walked past that restaurant that Chris insisted was closed. It is, in fact, still open. I think he was on the next street over, where there is a building being demolished, and he just got confused. Of course, he'll never admit it.

I walked through Soho toward Covent Garden and the area around St. Martin in the Fields. I wanted to find Cecil Court, a street of small used-book shops, which a friend recently mentioned on Facebook. I did indeed find it, and although I didn't buy anything this time (with my Newbery project, the last thing I need at the moment is more books!) I'm glad to know where it is.

I had lunch on the Strand -- a nondescript sandwich -- and then walked across the bridge to Waterloo... 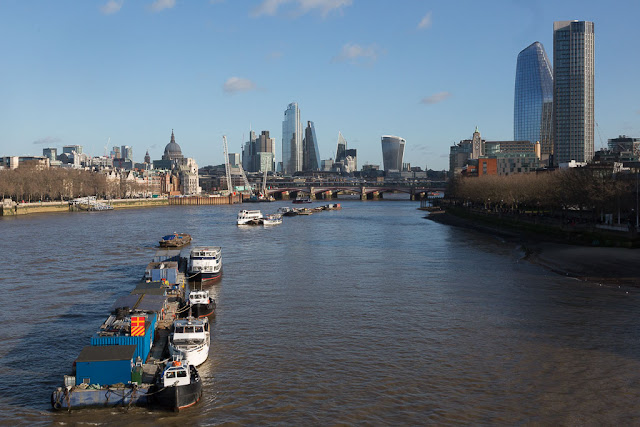 ...where I caught the tube for North Greenwich. I was bound for the O2 Dome to see the new ABBA exhibit, a collection of artifacts and memorabilia retracing the band's history from the mid-'60s to the early '80s. I have been an unapologetic ABBA fan all my life, so it was fun to see. 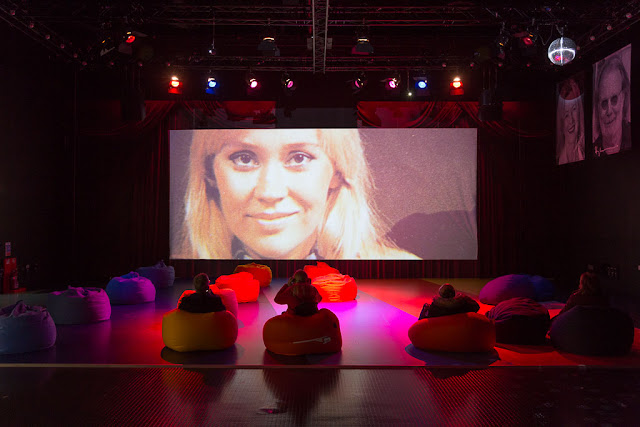 Fun fact: The song "SOS" is the only palindromic hit by a palindromic band. Now there's a trivia question for you.

My only complaint is that some of the most famous costumes on display are replicas and not the originals. Maybe the originals don't exist anymore. But I did see some of the band's gold records, some interesting footage and photos and heard plenty of ABBA music, which was carefully placed in context with other pop music and current events of the day. I was in there for almost two hours! 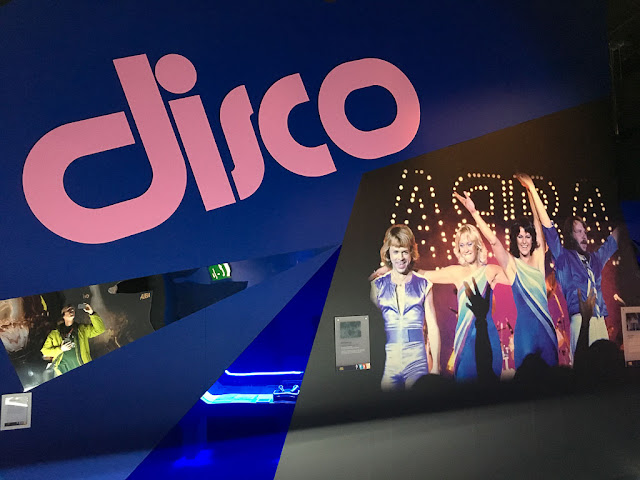 By the way, although many of the other people there were about my age, some were younger and were certainly not around when ABBA was in its heyday. (One young guy was wearing a pair of fabulous gold lamé shoes.) I suppose they're evidence that "Mamma Mia" and other productions have helped create a new audience.

Anyway, I got out of there and came home and immediately watched "Muriel's Wedding" -- one of my favorite movies, as I'm sure I've said before. The soundtrack is almost entirely ABBA.

Finally, last night, as I was lying in bed, I heard an owl calling outside. Olga perked her ears up, but she didn't move. I, however, grabbed my phone and stepped out the back door to record it:

It sounded like there were two, one nearby and one farther away -- tawny owls, I believe, which I've heard before in our garden. I saw one of them fly away, dark wings against the starry sky. Yes, STARS! In London! How often do I have a chance to see those?! (Answer: Between often-cloudy weather and light pollution, not very.)
Posted by Steve Reed at 7:23 AM