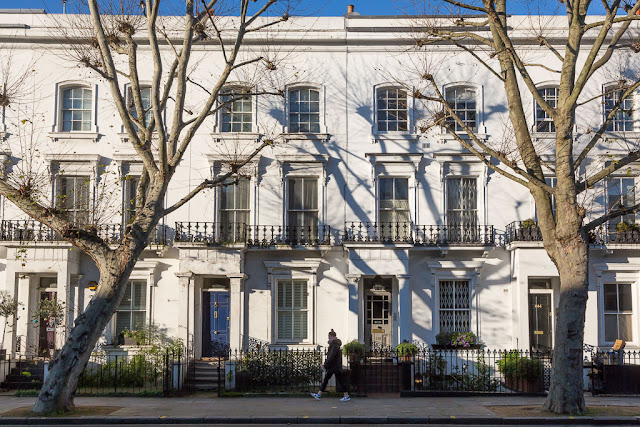 I just had the most peculiar dream. I was driving somewhere in Middle America -- Kansas, maybe -- when I stopped in a small town to visit the Goodwill thrift shop. Everything was suffused with a sort of golden late-afternoon light, and I heard a familiar singing voice coming from the direction of the town library, so I followed it. There I discovered the Indigo Girls in the middle of a performance. "Wow, they're playing really small venues now," I thought. Belinda Carlisle saw me from the stage and said, "Hey Steve Reed!" And I gave her a thumbs-up sign so as not to interrupt the performance. My friend Kevin was there too, and we wound up walking back to his house, where he'd been having a party, and we began eating his leftover party food, like little sandwiches with cheese and cucumber.

And then I woke up, and realized that there's no earthly reason why Belinda Carlisle would know me -- and by the way, she's not one of the Indigo Girls.

I know there are people who think dreams mean something, but I don't think that particular dream has any meaning whatsoever.

We solved Olga's pink blanket crisis yesterday. Simone initially said she'd deliver it in the morning, but when I didn't hear from her by noon, I told her I'd come and get it. (She's only a 20-minute bus ride away.) She responded that her nephew would deliver it around 1:30. But then, at 1:30, she called and said she couldn't find a pink blanket -- the only one she had was more dark red. She sent me a picture, and it definitely was not Olga's blanket.

This blanket is not just Olga's favorite. It came from my parents' house, and was also my favorite blanket as a child and teenager. So, yeah, sentimental value.

Fortunately, a few minutes later, Simone had tracked it down and her nephew (or some guy, at any rate) brought it to our door. I texted Simone this photo... 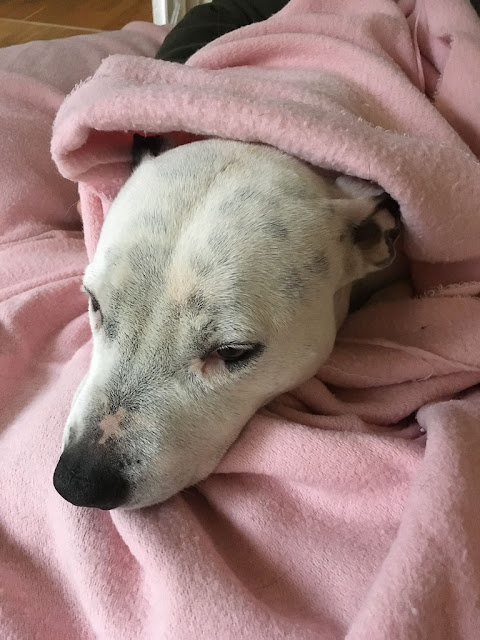 Simone texted back an eye-rolling emoji: 🙄

I walked Olga through the cemetery yesterday afternoon, where despite the drizzly weather she had a ball chasing squirrels as usual. After we came home, I ate some fortune cookies left over from our Chinese take-away on Sunday night, and I got this fortune. (Which isn't really a fortune.) Doesn't it seem vaguely insulting, insinuating some falsity on my part?

Hard to believe it's 2020 now. Dave and I did virtually nothing to mark the occasion of New Year's Eve. We watched a rerun of "Law & Order" and a new episode of the Netflix "Lost in Space" series, and finished up with the "Happy New Year" episode of "Absolutely Fabulous," which is one of my favorites. I went to bed at 10 p.m. I don't even have any resolutions to share with you. We are two wild and crazy guys, as they used to say on Saturday Night Live.

(Top photo: Houses on King's Road in Chelsea, on Monday.)
Posted by Steve Reed at 6:38 AM

How nice to begin the new year with a very Reedesque photograph! Shame that you and Dave were not down at your local pub last night, joining the conga line and singing "Auld Lang Syne" at the top of your voices with nostalgic tears rolling down your chubby cheeks. Happy New Year Steve!

Happy New Year, Steve. If it makes you feel any better, I was asleep by 9 pm -- reading in bed will do that to a person. Wild and crazy have never been used to describe me...well, maybe crazy.

Delighted you and Olga were reunited with the pink blanket. Some items have a value far beyond price--regardless of what others may think.

If I'd gotten that fortune I would have thought, "Damn right!"
Ha!
Dreams. They torture me. This morning I dreamed that I was hanging out at a nursery (plants, in this case) a lot doing I don't know what and as almost always, I had little children whom I was not taking care of properly. This is a huge theme in my dreams. Good Lord! Shouldn't I be over that or have my grandchildren replaced my children in my psyche?
And to top it all off, my husband was not sure at all that he loved me. But a friend baked me a cake. So there's that...
I was so happy to wake up and find my husband right there beside me. And as far as I know, there are no small children that are suffering because I am not getting them to school on time.
Happy New Year, Steve. That picture of Olga has made my year. (So far.)

Happy New Year to you two wild and crazy guys. Really glad that Olga got her pink blanket back. Now that's the best way to start the new year.

I like how our dreams are sometimes very disjointed in time place and characters. The characters are with the wrong group in some completely unrelated place.

Olga looks very content all rolled up in her pink blanket. Happy New Year to you two wild and crazy guys! I enjoyed hearing about your dream. I've had some strange ones lately too but, none of mine had celebrities in them.

Me again...I just went to the Abbey Road site and there is something very strange going on there. People with signs hanging on them are walking slowly back and forth across the crossing and they have traffic backed up in each direction. Most of the cars gave up and turned around but the buses can't do that. Very strange!

the blanket is everything, I understand...Dexter had a floppy soft pig with one leg missing and no eyes. It lived with him until his final sigh. You and Dave just got back from a trip so I get tht you are willing to stay in and watch AbFab, nothing sounds better!

I normally am so bored when people want to tell me about their dreams in great detail, but I enjoyed yours very much! Just a normal night here for us last night, too. Cozy and comfy at home is my idea of a perfect evening every night of the year. Happy New Year to you, Dave and Olga!

That is a wild dream but typical of dreams, I think. They don't need to make sense to be enjoyable. Our New Year's Eve was very like yours, we nibbled on cheese and sausage and shared a tasty bottle of prosecco. We watched a program about MGM movies of years gone by with little clips of Frank Sinatra, Bing Crosby, Mario Lanza, Katherine Grayson, Judy Garland, Esther Williams, Fred Astaire, etc. I was in bed asleep a little after 9. Judy watched the ball come down in New York City (at 10 our time) and turned out her light about 3 minutes later. Old people living more sanely than in some years gone by. And feeling the better for it on New Year's morning.

Would you believe that Google just ate my whole comment? Grrrrr! I just wanted to wish you, Dave and Olga a happy and healthy New Year. Hugs, Edna B.

I love that shot of Olga and the by-now-famous pink blanket! I have to say it's in great shape for its age :)

I don't dream very often that I can remember but I've had a few weird ones over the holidays. One was about doing the same craft over and over and over . . . it was something new I came up with while falling asleep and I guess my brain wanted to hang onto it. lol

The wild and crazy skits were one of my favourites on SNL :) Steve Martin's such a hoot!

Happy New Year, Steve, Dave, & Olga!
I love the feel of a fresh start.
Still, by New Year's Eve I'm usually tired of holiday socializing, and last night as usual I fell asleep reading in bed.
(I finally finished Lord of the Rings, so that's an accomplishment I can list for 2019...)

Glad the pink blanket was found.
I've been mending an old family blanket--if it got lost I'd be very sad.

P.S. I like that you visited a thrift store in your dream life!

I’m a little annoyed at Simone’s cavalier attitude toward the blanket. Do no other dogs come with possessions that she has to keep track of?

Happy New Year to you Steve, Dave and Olga. I hope that 2020 will be a fantastic and healthy New Year to all 3 of you.
I cannot say that ours was quiet anytime reasonably. At 5:00 in the morning the partiers were still celebrating even after a visit by our local police department around 3:00am. I was happy that everyone had fun celebrating but then became annoyed when I couldn't sleep because our dogs were terrified.
I am very happy that Olga got her pink blanket back. Some things are just irreplaceable. I loved the photo of her tucked into it. That makes things so much better.
I have no idea what that dream could have represented other than the fact that some of our dreams are just supposed to weird us out from time to time.. :) Talk to you soon. Beth