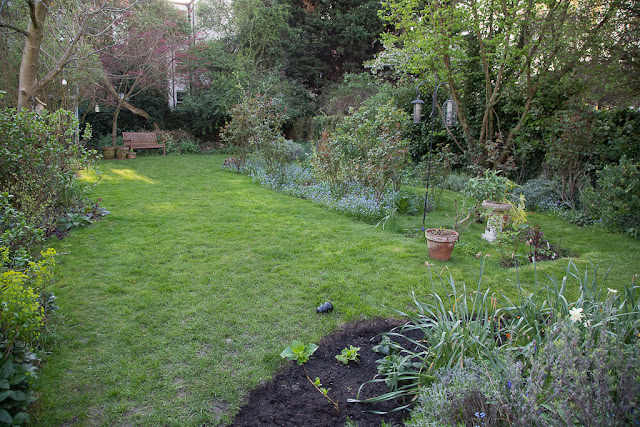 We've been working a bit in the garden, and now that spring has finally decided to arrive (we've turned off the heat, and I'm wearing shorts!), I wanted to show you what things look like out there.

I had to mow the lawn a few days ago for the first time this season. It always amazes me how quickly the grass grows back once the early-spring rains stop and the yard dries out and gets less muddy.

See that flower bed at lower right? Dave created that last weekend -- he expanded the existing bed and gave it a bit of a curve. In that space he planted foxgloves and a hydrangea that he moved, and I put in some nasturtium and snapdragon seeds. 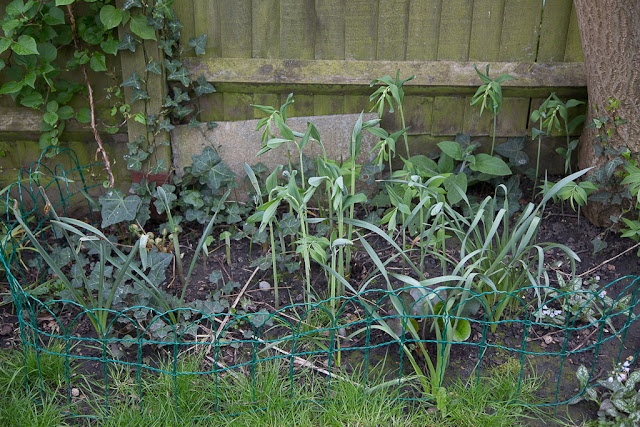 The Solomon's seal is coming up, and I put a little garden fence around it to keep the dog out. She always breaks off a bunch of those stalks, but this year (so far) she hasn't. The fence is surprisingly effective! 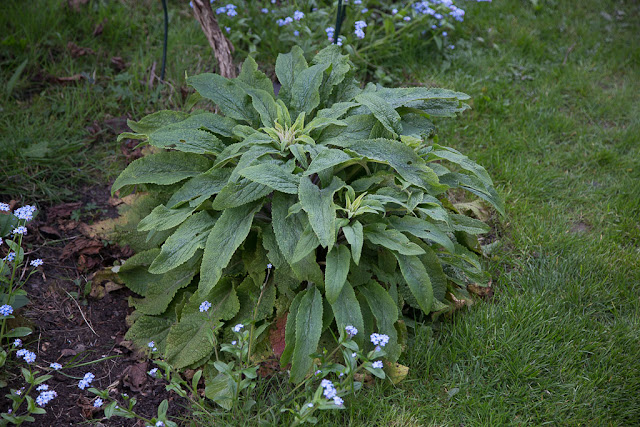 Remember the foxglove sprout I rescued from the side alley, where it was growing in a pipe joint? I rooted it and planted it last year, and it's now huge. I hate to count my chickens before they're hatched, but it should bloom this year. Stay tuned! 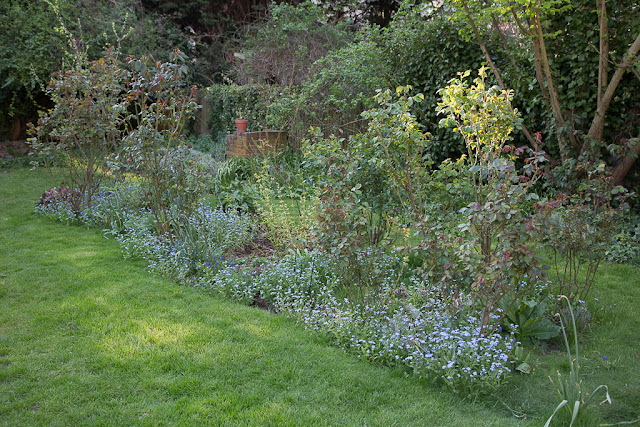 This is a close-up of the central bed. Look at all those forget-me-nots! And we don't plant them -- they just self-seed, every year. I love them. 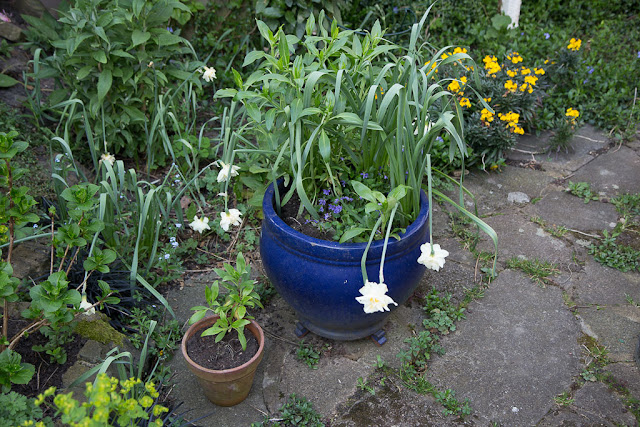 Our poor horseradish plant has been virtually overrun in its blue pot. There are a few daffodils in there, and a big clump of valerian seeded itself there, and there are violets as well. The horseradish hasn't even appeared yet -- it's just a few tiny sprouts poking above the ground. The daffodils and violets will fade as the horseradish grows, so I think it should be fine. Everything I've ever heard about horseradish emphasizes how indestructible and vigorous it is. 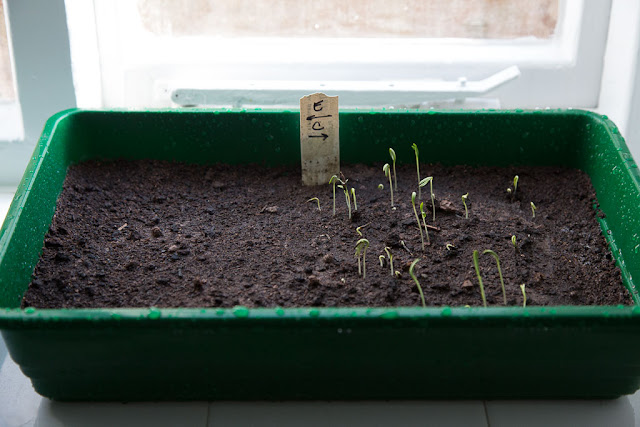 One of my seed trays! As I mentioned, I got some free packs of cosmos and zinnia seeds from a magazine at work, and I found a packet of echinacea seeds in a returned library book. So I planted them all. The cosmos and zinnia are doing well (there's another tray besides this one), but as you can see, the echinacea didn't sprout at all. The seeds were several years old (packed for 2012) and I guess they were no longer viable.

Oh -- I think the sweet pea seeds I saved from our plants last year have sprouted, too. I haven't seen any activity from the hogweed and it's too early to tell about the poppies. 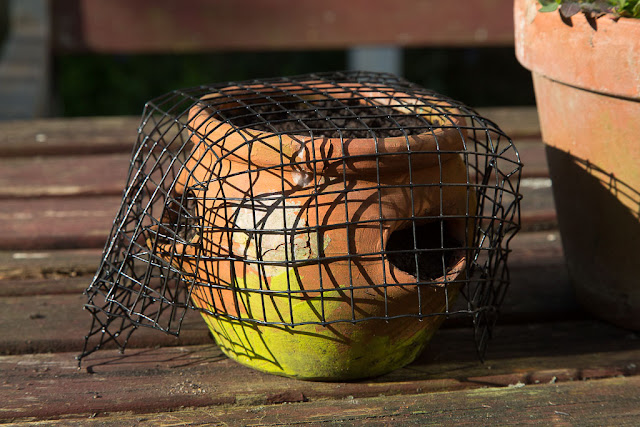 I've put some of the outdoor pots in "plant jail" -- just as if they were DEA or mob informants, this is for their own protection! They contain planted seeds, and the wire mesh keeps out the squirrels. I'll remove the mesh once the seeds sprout and have a fighting chance. This pot contains nasturtiums. Again, stay tuned!
Posted by Steve Reed at 6:40 AM