Someone Stole My Tooth 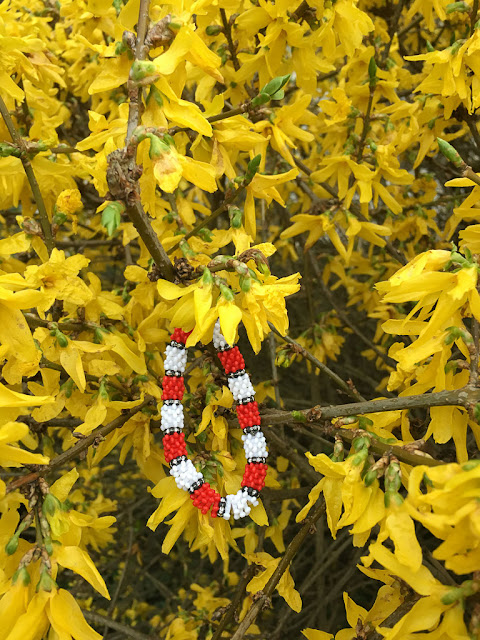 Remember how, a few weeks ago, I packaged up my gold dental inlay (removed during my recent root canal) and mailed it to a gold reclamation company for reimbursement? Well, I waited and waited and never heard anything, and this week began calling to find out where my gold went.

You may remember that after mailing it off, I cavalierly wrote that I didn't care if it was a scam and I never saw a penny. Well, scam may be too strong a word, but it appears my inlay never reached the gold buyer. They never booked in my claim, which means it was intercepted somewhere along the way -- either in the mail or at the firm itself before it could be booked.

This is solely my fault because I mailed it with no registration or confirming signature upon delivery -- which was stupid, but as I said at the time, I only stood to make about £10 from it and I didn't want to spend half of that on postage.

So, anyway, c'est la vie. Someone stole my tooth! 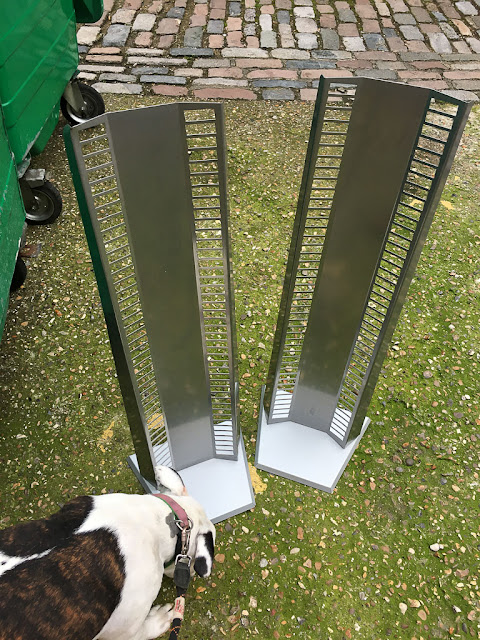 Olga and I found some interesting things on our walk yesterday morning. First we found a little white-and-red bracelet hanging from a yellow forsythia bush on Finchley Road (top). There's a tradition in some cultures of hanging a red-and-white beaded bracelet on a flowering tree in spring -- I usually find them as pieces of thread tied to cherry trees. I wonder if this is the same idea -- or did someone simply drop their bracelet, and someone else hung it from the bush?

And then Olga and I found some discarded DVD towers. I thought about bringing them home, because we have a bunch of DVDs stacked in a closet, but the fact is they're fine in there and we don't use them that much anymore, so towers are probably just more unnecessary clutter. I left them in the trash. 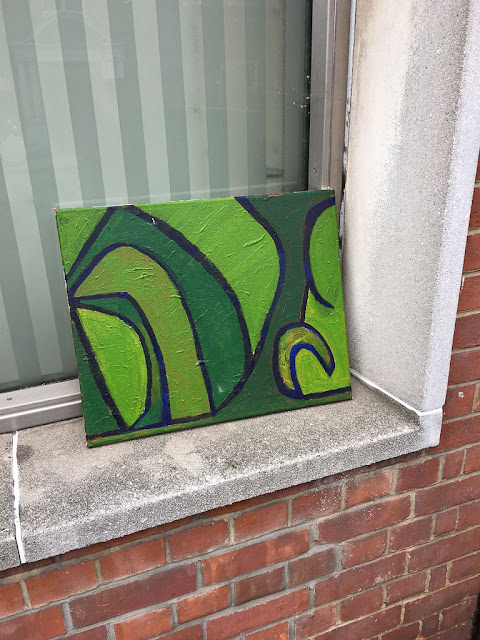 Later in the day I found this lovely (?) painting. Which, needless to say, I also did not pick up.

Finally, at the risk of stuffing too much meaningless information into this post: 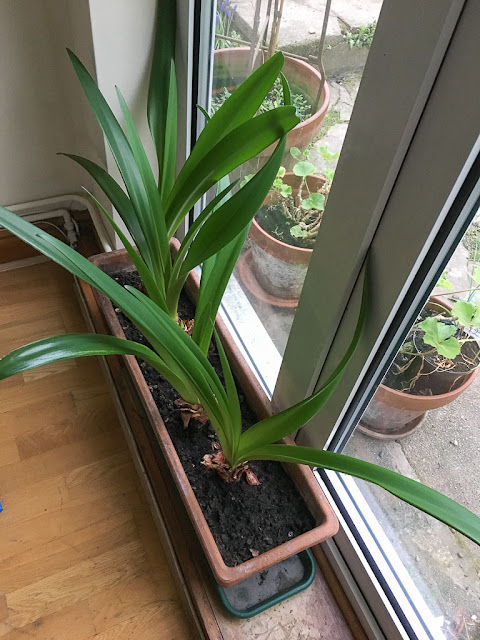 ...I'm going to show you our amaryllis. Remember how I said there were no flower buds this year? The plants grew quite big and leafy but we saw no sign of blooms. It was very strange and unlike what they've done in past years, when the buds were often the first thing to appear. 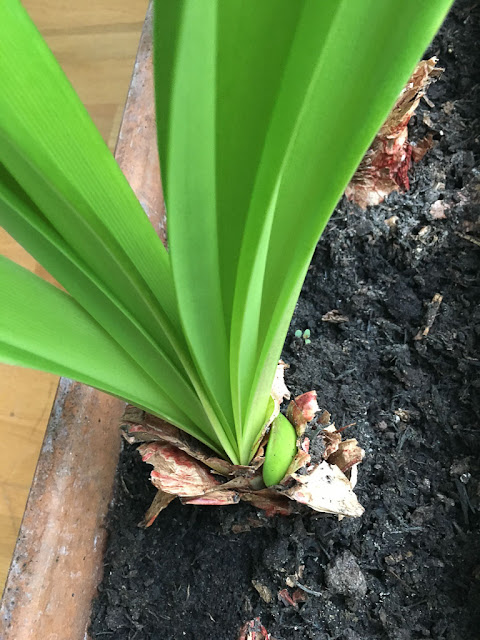 But finally, finally, we're seeing little buds at the bottom of two of the plants. We'll see if they fully mature. I think the anti-fungal treatment I gave them last year to rid them of "red blotch" significantly diminished that problem -- the plants look much healthier -- but I wonder if it also delayed their flowering?
Posted by Steve Reed at 7:16 AM