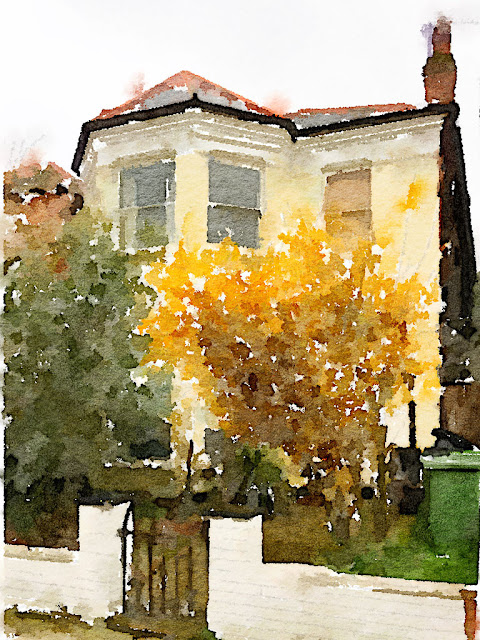 My blog pal Vivian recently mentioned an app called "Waterlogue" that renders photos as watercolor paintings. I was intrigued enough to buy it ($3.99) and experiment with it a bit.

Above is a view of a house that I photographed while walking Olga yesterday morning. I liked the yellow-on-yellow theme, and I must say, the Waterlogue version looks even better than the original picture: 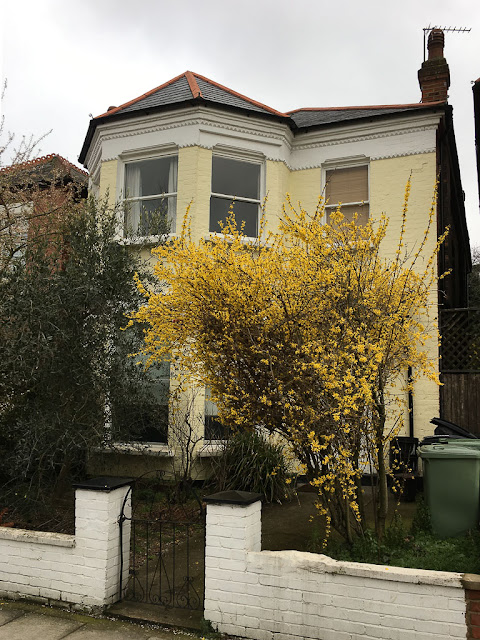 Don't you think? Somehow it clarifies the color and reduces the visual clutter of the photo.

It was very easy to convert -- it takes about two seconds, and you can watch it happen.

Vivian (who is a watercolor painter herself) pointed out -- and rightly so -- that an app can never make the sorts of intentional decisions that an artist would, about what to depict and how. But having said that, the finished product is pretty darn amazing. 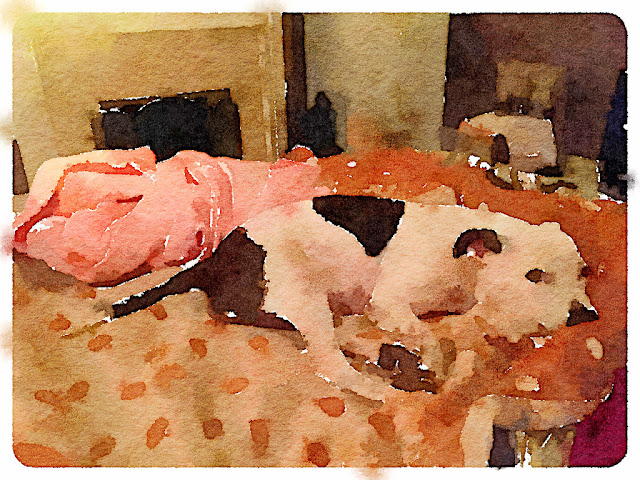 Of course I had to try it on a picture of Olga, lying on the bed with her favorite pink blanket.

I got the wildflower garden planted yesterday. It was a comedy of errors -- I scattered two packets of seeds from Homebase, and all the while a pigeon was sitting on the fence above the garden eyeing it greedily. I walked over the seeds after scattering them -- as the host of our favorite gardening TV show suggested we do, to push the seeds into the soil -- but our soil is so clayey that it stuck to my shoes in big blobs, and I suspect that half the seeds are now buried in the treads of my footwear. (I did my best to put the blobs back!) And finally, I scattered seed compost on top, which looks like awfully inviting digging material for the squirrels.

So between squirrels, my shoes and that pigeon -- not to mention other unmentioned hazards -- I'm not sure what's going to survive out there!
Posted by Steve Reed at 6:22 AM