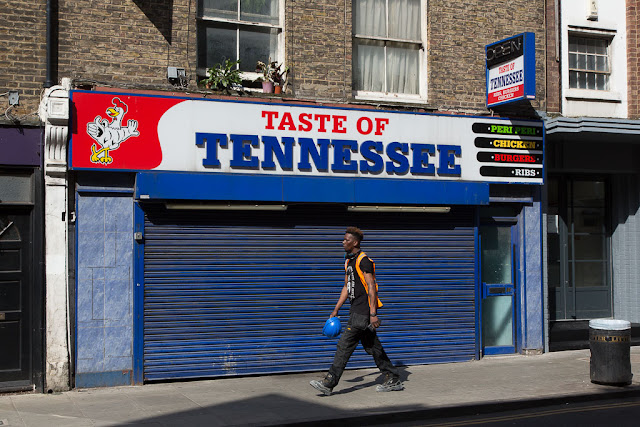 More adventures in home maintenance yesterday morning: We had to have a plumber in to clear an external drain where the upstairs neighbor's washing machine empties. The wash water comes down an outside wall through a pipe and into this ground drain, which had become blocked. Consequently the washing machine was emptying all over the concrete alleyway at the side of the house. (It was even flowing partly onto Mrs. Kravitz's patio, and I'm astonished she never raised a ruckus about it.)

Anyway, the plumber came, mucked around with the drain, and now we think it's working -- although there was still a damp area when I came home from work yesterday afternoon, so I'm not 100 percent convinced.

As my mother says, "Everything has to be done at least twice." 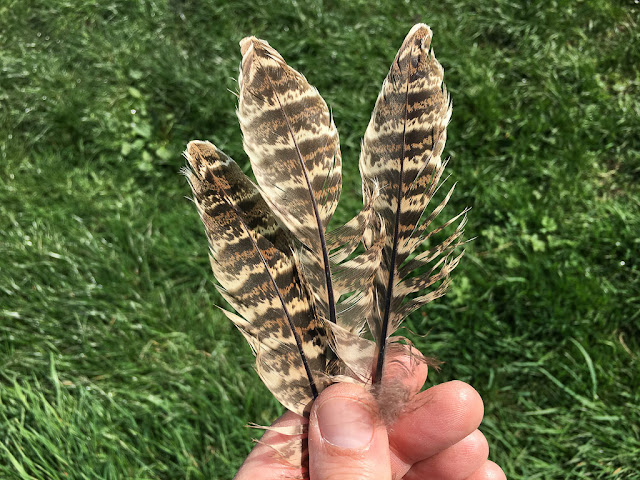 Yesterday, one of my blog commenters mentioned the apparent contradiction between my minimalist decorating sense (as shown in the link to pictures of my old New York apartment) and my tendency to pick things up, like the t-shirt I found.

It is absolutely true that I am a collector at heart. I always have been. As a child I collected stamps, leaves, beer cans, bottles, bottle caps, seashells, rocks, coins and stickers, among other things. And I didn't just accumulate them -- I curated them, looking up proper identifications and, in some cases, typing up records of where I found them and under what circumstances. I was an obsessive little kid.

As you've seen, I still have those tendencies -- on Sunday, in fact, I picked up these beautiful feathers while walking the dog at Wormwood Scrubs. (I think they're from a pheasant -- probably a pheasant who met a bad end. I've never seen a pheasant at the Scrubs but I guess they could be there.)

That's why blogging is such a good activity for me. It allows me to type up that same record, in narrative form. Basically you're reading an account of all my daily collecting, whether objects or experiences. And I don't have to keep the objects, having recorded them here. (I didn't keep the feathers.)

Which is where the minimalism comes in. See?

I also really, really hate any kind of waste. If I can give a discarded object a second life, I will. 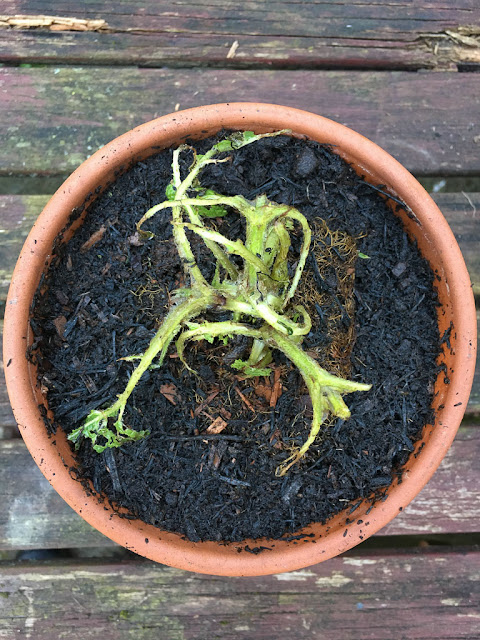 Here's a very minimalist plant from our garden. It's a sage that Dave planted about ten days ago, and as you can see, it was completely stripped of leaves almost overnight by our voracious slugs. I pulled it out of the ground yesterday morning and put it in a pot, giving it some protection on the patio table -- talk about a second life! -- but I'm not sure it's even going to survive at this point.

What is up with our supercharged, weaponized slugs?!

(Top photo: Shoreditch, on Wednesday last week.)
Posted by Steve Reed at 6:29 AM