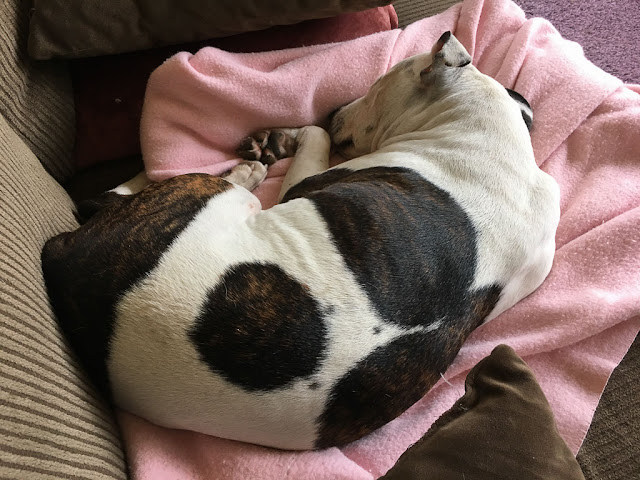 As you can see, a certain four-legged individual -- and her pink blanket and her Kong -- are now back home. The "luxury pet hotel" dropped her off yesterday morning, and at first she was all excited and ran around the house and garden at top speed, as if to reacquaint herself with things. Then she swiftly collapsed into a several-hour nap on the couch. 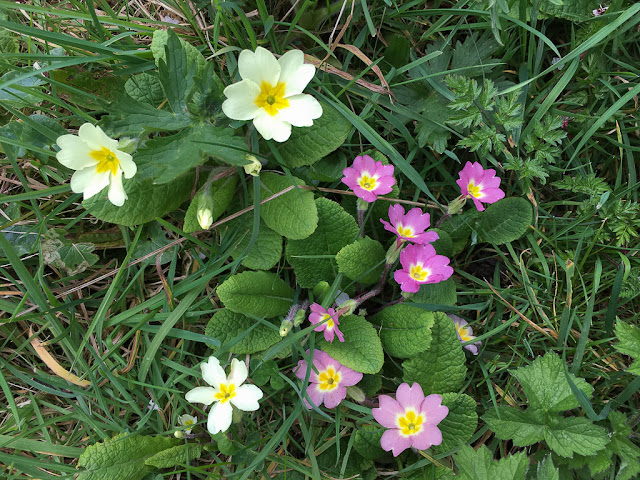 Then, in the afternoon, we took a walk to the cemetery, where the primroses are blooming all over the place. They've seeded themselves and are now basically wild, growing among the headstones. 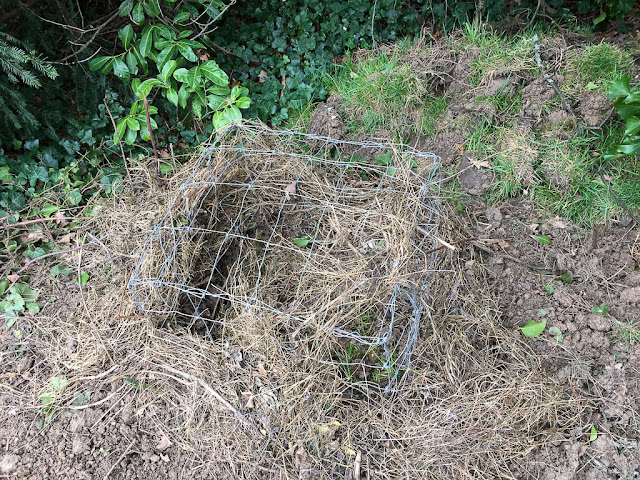 We came across this peculiar contraption. I have no idea what it could be. It's a wire cage that seems to be covering a hole filled with hay, and then the cage itself was covered with hay. Any ideas? Dave thought it might have something to do with hedgehogs, but if there are hedgehogs at the cemetery it's the first I've heard of them. (And it would be surprising, given how many dogs are running around there.) 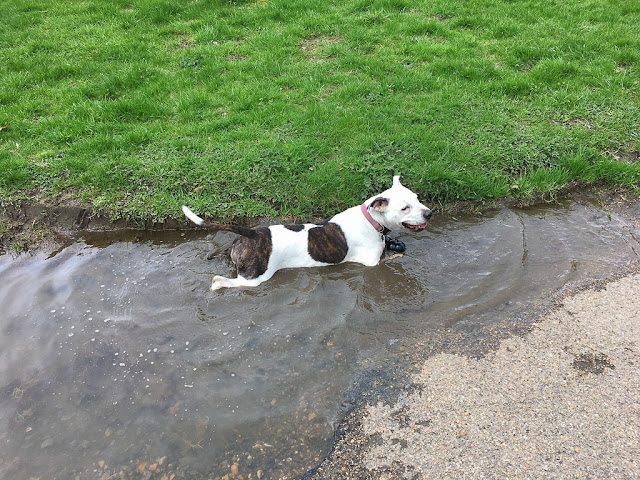 Olga managed to find a gigantic puddle in which to loll, thereby requiring a bath when she got home. We're finally to the time of year when I can take her into the garden and hose her off, rather than defile our bathtub -- but she doesn't like that cold garden hose water at all.

So, yes, things are back to normal around here. And tomorrow work begins again, as we enter the home stretch before school gets out two months from now. Onward!
Posted by Steve Reed at 7:07 AM