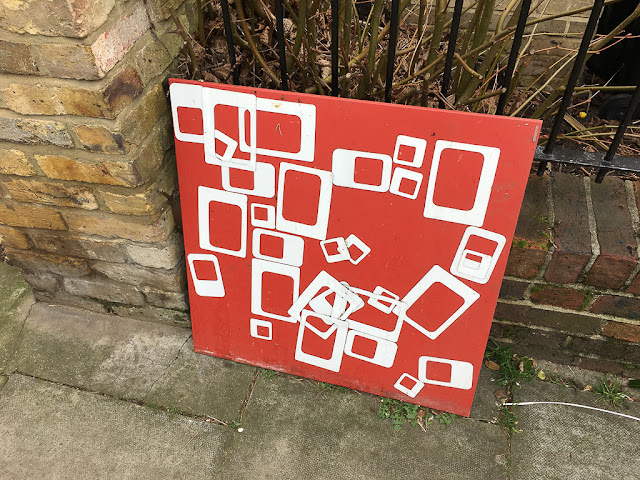 Well, the weather is yucky today and I have nothing much to say, so how about some random iPhone photos?

First, a peculiar piece of metal with magnetic white squares stuck to it, apparently left out for the trash man. I have no earthly idea what it could be. 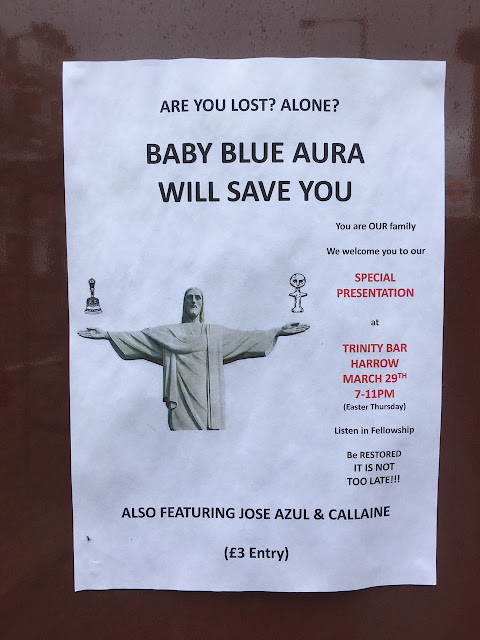 Dave and I found this poster on the way to Homebase one morning. I thought it had something to do with a religious cult, but then I found out Baby Blue Aura is a band. 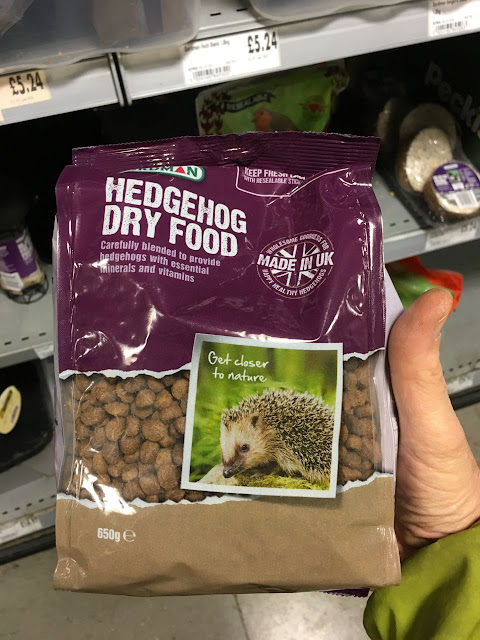 At Homebase we found...hedgehog kibble? Who knew?

(We didn't buy any. I'm sure we don't have any hedgehogs in our garden, and with Olga around we wouldn't want to attract them even if we could. As I understand it the only population of wild hedgehogs in London is in Regent's Park.) 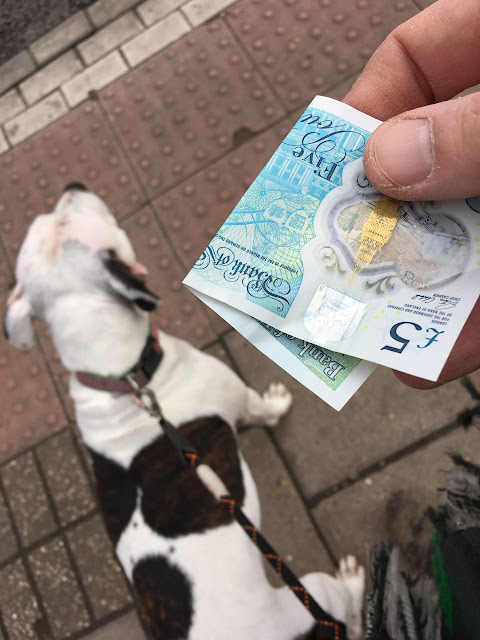 I found a fiver while walking Olga! Woo hoo! 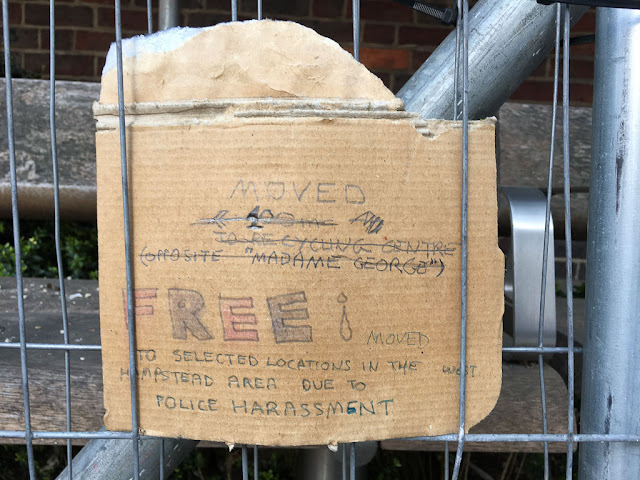 Remember the "free zone" near the library, where someone would set out peculiar stuff for others to take? Well, it's disappeared, and this sign was left in its wake. Apparently the free zone has come to an end, at least at that location. (I haven't seen it surface anywhere else.) 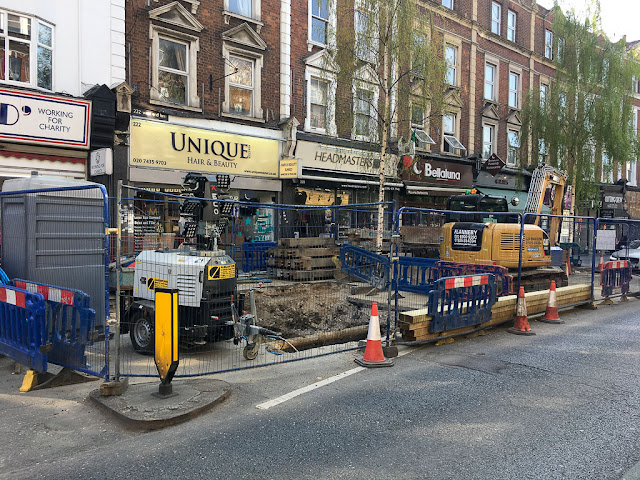 Thames Water has been doing repairs to a water main on the high street. The project seems like it's been going on and on for weeks, though I'd be hard pressed to say exactly when it began, and the hole is gigantic. The road is already a traffic nightmare through here, and the construction has closed off a handy pedestrian crosswalk, so here's hoping the work ends soon. 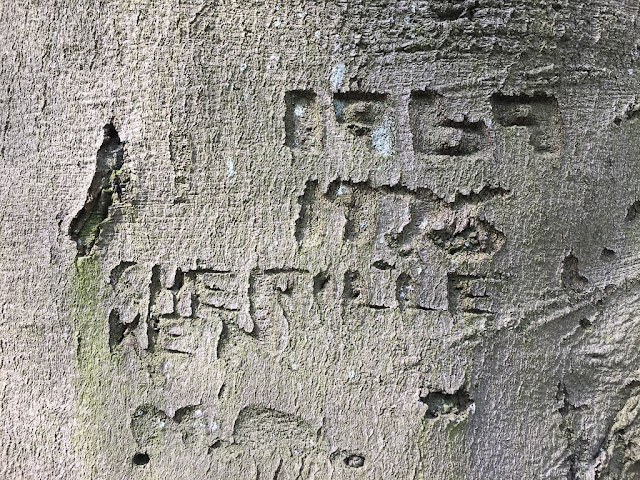 I found more old carvings in a tree trunk on Hampstead Heath. Looks like Chenille and Ken, maybe? I'm not sure why there are two years mentioned -- maybe they dated for six years, or maybe they weren't there at the same time! 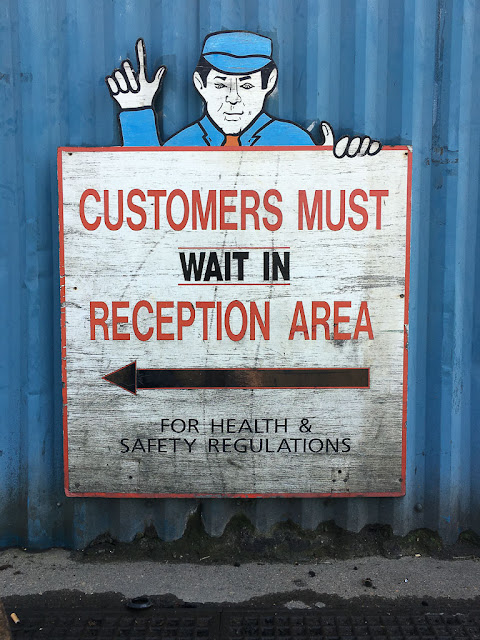 An old-fashioned wooden sign on a garage near Wormwood Scrubs... 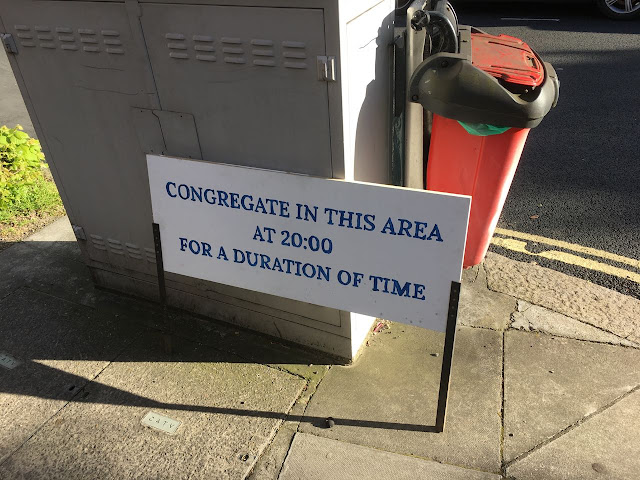 ...and finally, another sign that I found on my way home from work last night. The other side was blank. Strangely ambiguous! I wonder if anyone congregated?
Posted by Steve Reed at 7:42 AM