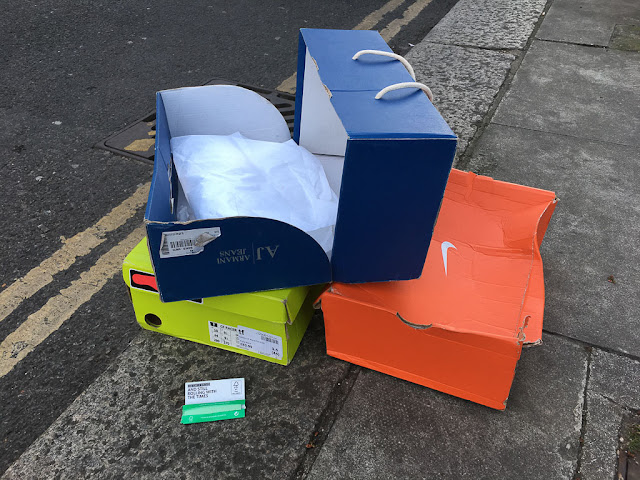 When I was in college, I met a guy named Mike. Like me, he was a reporter at the college newspaper, and like me, he was gay. This magical combination of journalist and gay guy made Mike pretty interesting to me, and at a time when I hadn't yet had a serious boyfriend, I thought Mike could be one.

He was a character -- he wasn't from the South, but at times he affected a funny southern twang. He called people "Sugar Beet" and said things like, "I'm serious as a heart attack!" Our friends always joked that he was a black woman trapped in a white man's body, which is terribly politically incorrect, but seemed pretty accurate.

He told a hilarious story about going to Denny's with some friends after a night of clubbing. They were all drunk and being loud, and sitting at the next table was someone eating (probably very patiently) a late-night meal. Mike, bleary-eyed, looked over at this person and shrieked, "My LADY be eatin' an ICE CREAM SANDWICH!" Only when "my lady" stood up did Mike realize that a) he wasn't a lady, and b) he was actually eating a grilled cheese. The man walked over to Mike's table and hurled the sandwich into his face. Mike was too stunned to react, which is probably a good thing, but as he later said, he sobered right up.

Whether Mike's stories were completely true in every detail is beside the point. We didn't care.

One night in early 1988, after a party at a friend's house, he and I finally got together. We dated for three or four months, and we had a ball going to thrift stores and a kitschy '60s diner near his house that he called "Wiener World" (not its real name). I spent weekends with him in his rented old-Florida house full of flamingo-painted souvenir plates and '50s furniture, walking his Weimaraners Honer and Sheba. Once we visited a primate rescue sanctuary in northern Pinellas County, and although I found it incredibly sad, I saved the pamphlet for years.

But our relationship wasn't well timed. I was just starting an internship with a newspaper in Polk County. Mike was working for another newspaper in Clearwater, where he lived. Commuting from Tampa, where I lived, to Lakeland, where I worked, and then all the way to Clearwater to see Mike proved a challenge.

Also, I was 21. I wasn't particularly serious about any of this. I was the definition of a callow youth.  Mike was about ten years older than me, and thus more mature. Mike's sister once accompanied us on a day of thrift shopping, and as we sat in the car while Mike ran some errand she turned to me and said, "I hope you won't hurt him. He really likes you." I assured her I wouldn't.

But of course I did. Life just got busier, I got more serious about my job, and I suppose, in the end, I really wasn't all that crazy about dating a black woman trapped in a white man's body. Mike's theatricality grew a bit tiring. I didn't intend to break up. It wasn't a decision I officially made. But I simply stopped calling him.

One night, he showed up at my door in tears, demanding the return of his house keys. "You broke my heart," he said, and I could only stammer that I hadn't meant to. But that was that. No more Mike.

And then, a few years later, there really was no more Mike. He died of pancreatic cancer in 1992 or so. It was a development that shocked all of us who knew him. When I heard he was sick, I mailed him a copy of the Weekly World News, a kitschy tabloid newspaper that published obviously fictionalized articles about aliens and UFOs and freaks of nature like "Bat Boy." Mike loved the Weekly World News, and I promised him it held remarkable recuperative powers.

He wrote me back a short postcard, telling me that he'd actually bought a subscription -- but thanking me just the same. I still have the card. "Float on!" he wrote.

And that was the last I heard from him. When he died soon afterwards, I believe I was already living in Morocco and unable to go to his funeral -- or maybe I was still in Florida and simply felt it wouldn't be appropriate. Maybe I couldn't face his sister. In any case, I didn't go.

My college friends and I still remember Mike, though, whenever we get together. We laugh about his ice cream sandwich story, and part with his famous phrase, "Keep on keepin' on!"

(Photo: Some colorful boxes on the street near our flat.)
Posted by Steve Reed at 7:56 AM