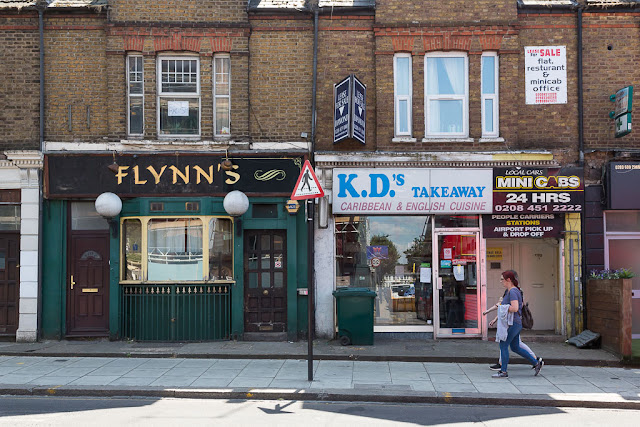 Yesterday I finally shook off my lazy inertia and took a long photo walk, to the northwest through Willesden Green. I hadn't been up that way in years and it felt great to get out on the street, even with most shops closed and fewer people out and about.

Above is my favorite picture from the day. I like the red reflection from the passing bus and the little white sign in the window at upper left, which you can probably barely see: "End racism!"

I ran into a colleague, Miles, on the Willesden high street and had a (socially distant) chat with him. You'd be surprised how often that's been happening lately. You'd think in a city the size of London I'd be unlikely to see people I know, but I suppose many of us from school live in this general vicinity which makes the probability greater. I've run into one couple, both teachers, about four times now -- they're going to think I'm stalking them. 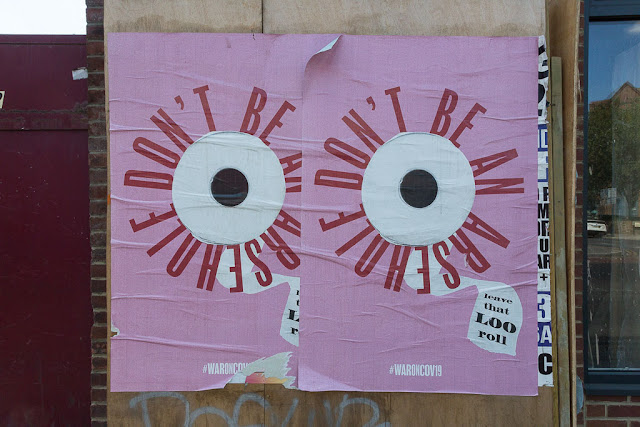 I see that we have a 40 percent rain chance on Thursday! Woo hoo!

I finished "Lincoln in the Bardo." I really liked it, but I can see how it wouldn't be everyone's cup of tea. It's very surreal, but so imaginative.

Last night, prompted by my recent book "Amnesty," about an immigrant in Australia, we watched "Mission: Impossible II" with Tom Cruise. The book alludes to that movie, which is set in Sydney, several times -- the main character sees it in his home country, and it comes to represent for him all the wealth and excitement Australia has to offer. I was thinking I'd never seen it, so we streamed it, and we got about 3/4 of the way through it before I realized I'd seen it after all! (Which says it all in terms of how good it is.) Talk about a let-down, and a waste of £4.99.
Posted by Steve Reed at 6:32 AM