'Star Wars' on the High Street 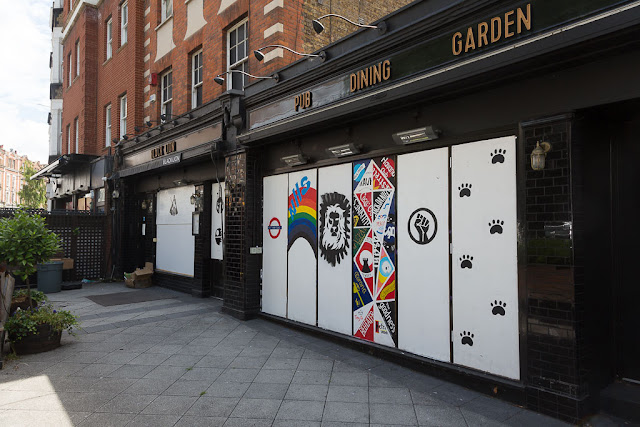 I stayed close to home yesterday. The most adventurous rambling I did was up and down our high street (our main shopping street).

The local pub, the Black Lion, is still boarded up but decorated with some fun paintings -- a rainbow for the NHS, a fist for Black Lives Matter, and a black lion and some lion-ish footprints. 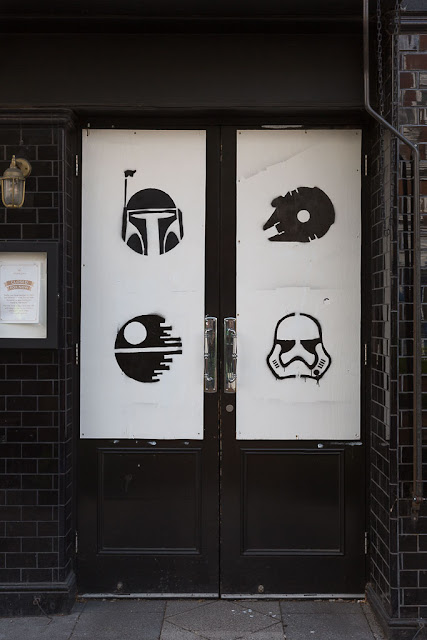 The front door has a "Star Wars" theme, for some reason.

Supposedly pubs will be opening in a couple of weeks, in early July. We'll see how that works out. I don't think Dave and I will be going any time soon, given that he is still staying within the four walls of this house. 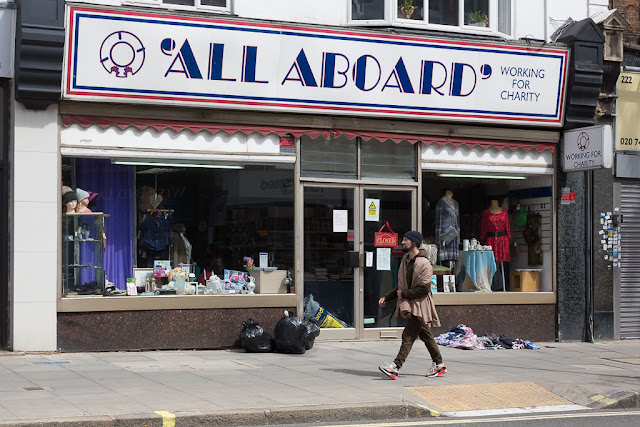 A little further down the street, our charity shops are still closed. But that doesn't stop people from maddeningly dumping bags and piles of clothing outside their front doors. This particular store hasn't been open since March and I'm sure that stuff on the street, which appeared within the last day or two, is just going to get thrown away. People make me crazy.

Today is Dave's birthday. He already got his main present -- the tree fern -- so our celebrations are probably going to be pretty understated. I'm going to take him to dinner (or have a restaurant bring dinner here) at some point, but we have a ton of food in the fridge and we need to get that eaten first. (I went grocery shopping a few days ago, and Dave ordered a load of food to be delivered from Ocado. We're suddenly as overstocked as end-of-the-world survivalists -- we can hunker down here for the next week without starving!)
Posted by Steve Reed at 6:59 AM