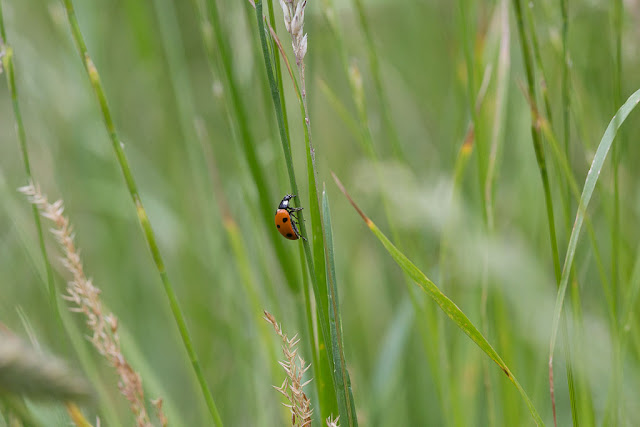 Yesterday was a day of peculiar events.

First, I'd noticed over the past few weeks some string lying on the sidewalk and street near our flat. It wasn't a small quantity of string, but one long piece that ran downhill for about a block and a half before slipping into a storm drain. It looked like a ball of twine had rolled downhill, unspooling as it went. I was envisioning animals getting tangled in it and people tripping and who knows what else, and of course no one was going to take ownership of this situation.

So, being my busybody self, I finally took some scissors and clipped the string, which was tangled in someone's rubbish bins (probably where it originated) at the top end, and rolled it all up. I then clipped it at the point where it disappeared into the storm drain, and the loose end shot into the drain with an energy that surprised me -- I think it must have been caught up in running stormwater somewhere below the street. (I told Dave I hoped it wasn't tied to anything important -- or alive!) I threw the collected twine in the trash.

And then, while walking the dog, I found a red wallet lying in the street. I really didn't want to have to deal with finding the owner and it didn't seem to have been there long, so I thought they might come back for it. Olga and I walked our normal route around the neighborhood, and when we got home half an hour later, the wallet was still lying there. So, grumbling, I picked it up and went on Facebook to find the owner.

"Why can't people hold onto their sh*t?!" I asked Dave.

The owner of the wallet turned out to be a teenager who lives down the street. He texted me back in the early afternoon -- probably about the time he finally rolled out of bed -- and collected his wallet soon afterwards. 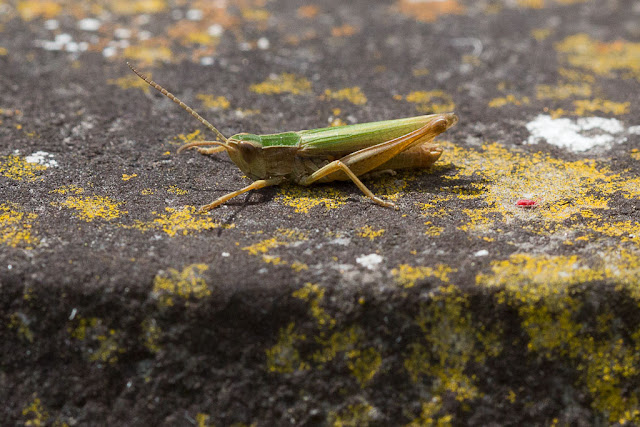 I took Olga to the cemetery in the afternoon, where the insect life is humming. I saw ladybugs (top) and a grasshopper -- and look at that bright red mite just to the right of the grasshopper! It's tiny enough to fit on the head of a pin but it's so colorful it stands out. I tried to figure out what kind it is -- there are clover mites and velvet mites, both bright red, but honestly I can't tell them apart. 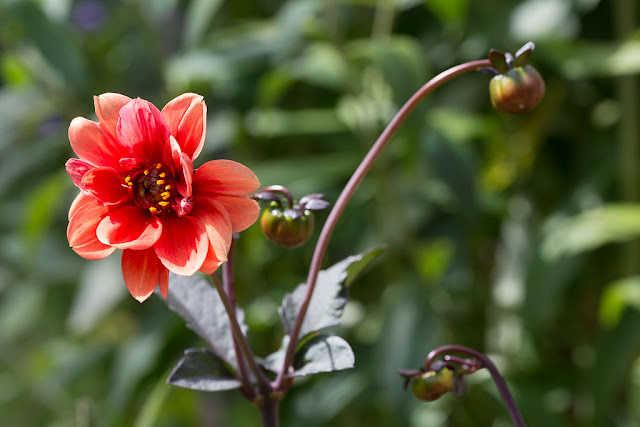 Our first dahlia blossom has appeared, and as you can see, we have many more on the way. All the dahlia plants are looking great -- I'm so happy with how well they've grown. Hard to believe they were just bare pots of soil two months ago! The flower seems more pink and less yellow than last year, at least so far.

Otherwise, we had a pretty placid day. I read a lot, or at least tried to, when our upstairs neighbors weren't sanding and pounding on their patio floorboards above my head. That guy is a home improvement maniac!

Oh, and speaking of home, our landlords e-mailed me back and said they're renewing our lease. So we should be hearing from the management company with the new documents any day. Whew! What a relief!
Posted by Steve Reed at 6:57 AM