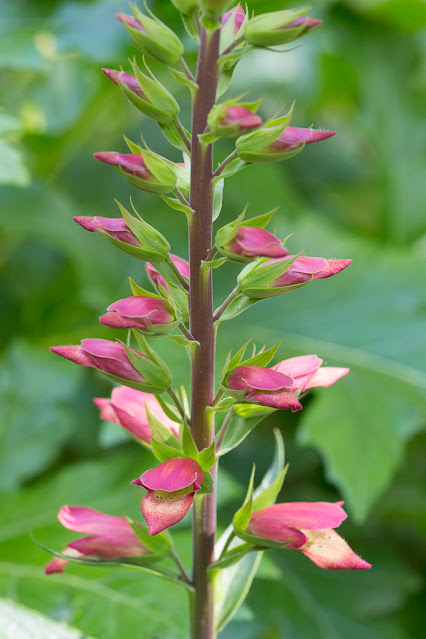 Here's another new flower that's blooming in our garden at the moment. This is a hybrid foxglove called "Firebird" that I picked up at the supermarket several weeks ago. It's unusual because of its red hues -- foxgloves are usually purple, pink or white. It's apparently a cross with a species of foxglove native to the Canary Islands, and its flowers and leaves both look quite different from our standard foxgloves. 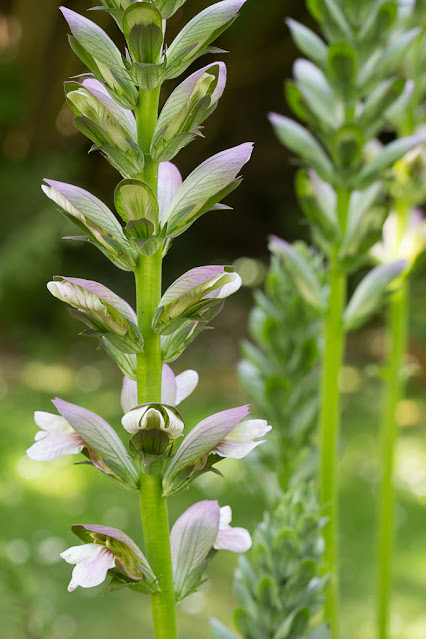 As long as we're talking about tall, pointy flowers, here's our bear's breeches (acanthus). You may remember it bloomed last year for the first time since we rescued it, and it only had one flower spike. Well, this year it's got at least five. So things are looking up for the acanthus.

I spent yesterday mostly reading and doing stuff around the house. I mowed the lawn, which always makes the garden look a million times better.

Dave and I started a new show on Netflix called "Reckoning," a mystery involving a serial killer which looks OK. We're also watching "Snowpiercer," about a dystopian future in which the surviving humans circle the world -- now a frozen wasteland immersed in a new Ice Age -- on an immense, perpetually moving train. It's a weird idea and if it sounds like a comic book, that's because it is -- it's based on a French graphic novel from 1982. I like it so far, and Jennifer Connelly is great as the train's chilly guest-relations coordinator.

Dave got a birthday card from my stepmother in which she sent us a bunch of old pictures. Among them was this note: 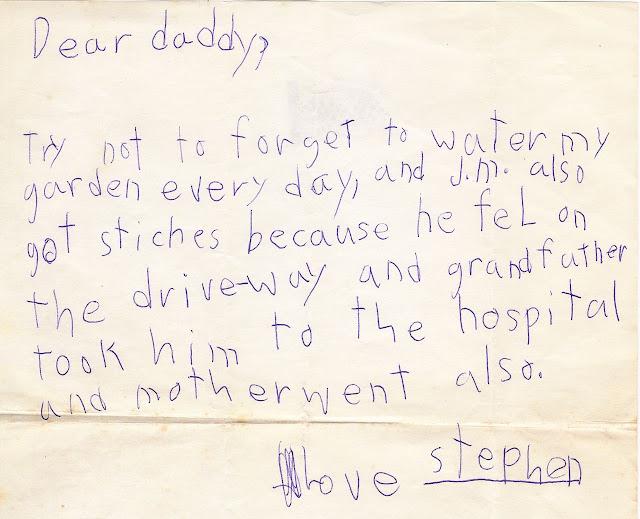 I think I wrote that in mid-1973, when my mom, brother and I went to Washington, D.C. to visit my grandparents. I would have been six. Talk about a run-on sentence! I remember my brother falling on the driveway -- I hope Mom sent Dad a more explanatory note, because if he only got mine he must have been alarmed! I have no idea what garden I was talking about. We occasionally planted radish seeds or marigolds and it could have been something like that. Anyway, Dave and I got a kick out of this blast from the past!
Posted by Steve Reed at 7:29 AM