Maybe Too Much Trash 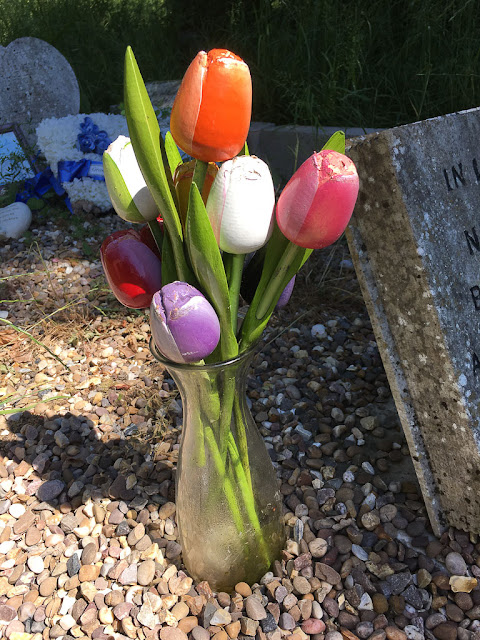 Yesterday was very domestic -- I made it to the grocery store and the butcher, and otherwise stayed home all day. So it's time for another assortment of random iPhone photos, taken over the past few weeks. Even more of them than usual seem to involve rubbish on the street!

First, though, these brightly colored tulips on a grave at the cemetery are made of wood. 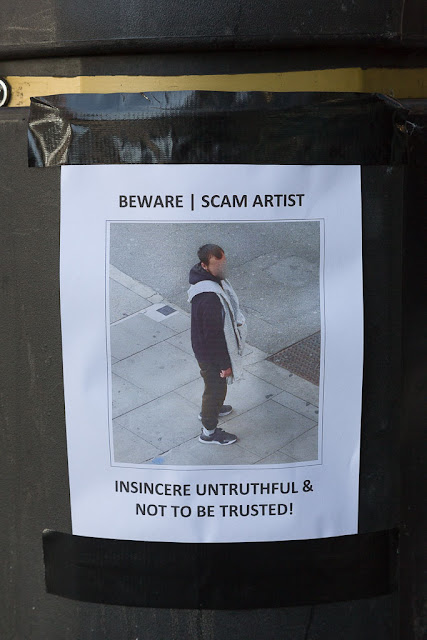 Found this posted outside one of our supermarkets. What's the backstory here?! (I blurred out his face.) 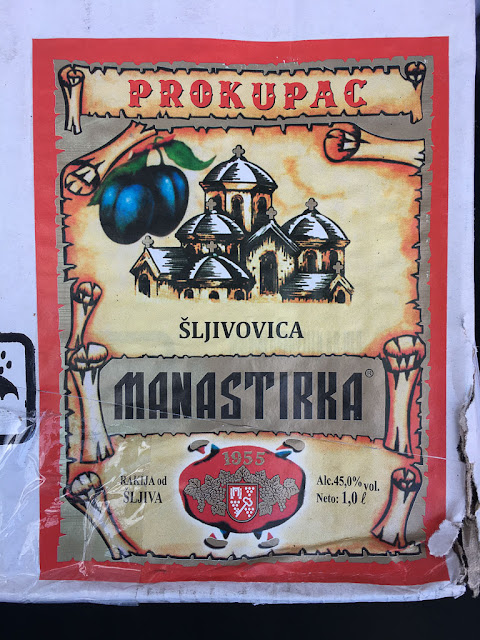 This colorful label was on a box set out with other trash on the high street. Manastirka is apparently a Serbian plum brandy. The name means "from the monastery." 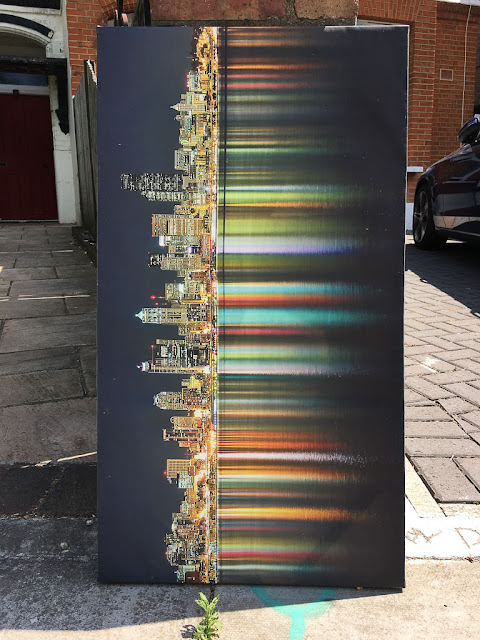 This was also set out with someone's rubbish -- a colorful photo of a cityscape, printed on canvas. I Googled it, and it's Seattle. I did not bring it home. 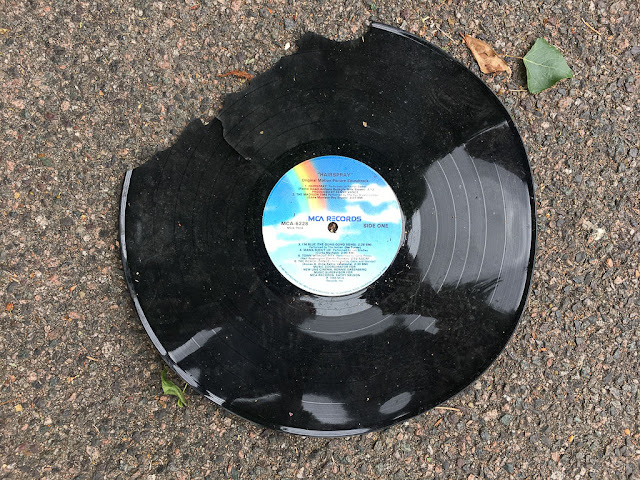 Someone got a little too wild partying with the soundtrack from "Hairspray"! The Turnblads have sung their last. 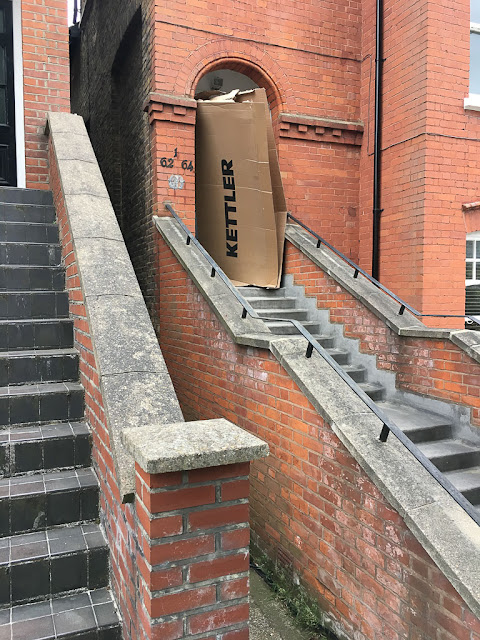 A neighbor got a delivery contained in perhaps the biggest box I have ever seen. (Kettler sells garden furniture.) 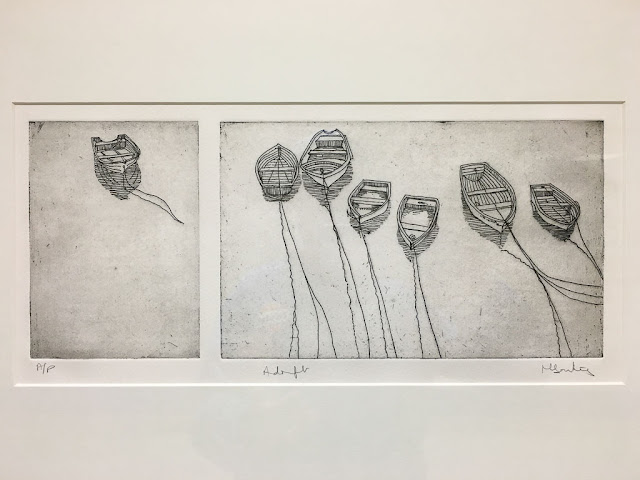 This nice engraving was on the wall at the hospital when I went for my blood test on Friday. I can't read the artist's name, but it seems to be titled "Adrift." 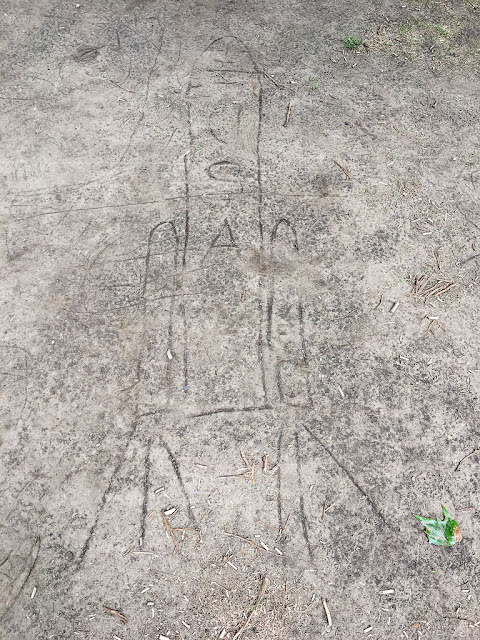 And this engraving -- of sorts -- was scratched into the sand at Fortune Green. It's nice to see that the USA still enjoys an international reputation for space travel and rockets, since our reputation in so many other ways seems to be sliding downward. 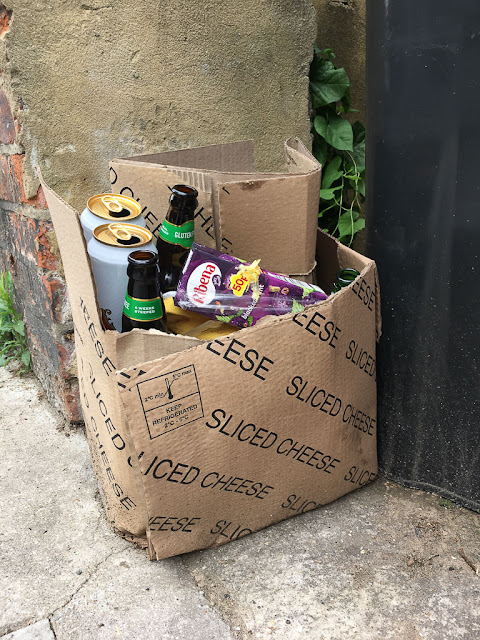 Finally -- there's something funny about a big ol' box of sliced cheese. And it found a second life as a rubbish bin. Waste not, want not!
Posted by Steve Reed at 7:07 AM