The Simple Christmas that Wasn't 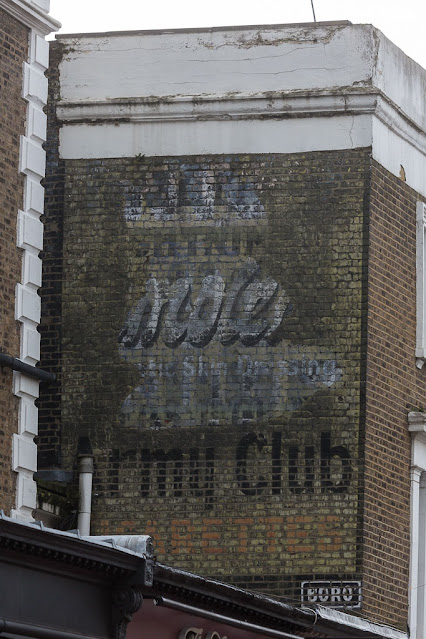 Here's another ghost sign that I pass often, just off Abbey Road in St. John's Wood. Unlike the one in Kilburn that I wrote about not too long ago, I can't find any information online about this one, which also seems to mention several products and is probably a layered melange of ads from over a period of years. I see Army Club cigarettes at the bottom, for sure, and then some kind of "elastic skin dressing" in the middle. (Moles?) I can't figure out the wording at the top -- it looks like something "SHTRIM."

Echoes of the past! 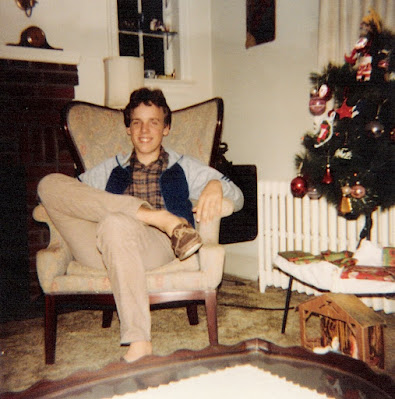 Here's a picture of me, from 1982 or so, wishing you a Merry Christmas! That's my grandmother's house in Hyattsville, Md., where we spent every Christmas season from the late '70s through the '80s. Christmas there was a very subtle affair -- just my mom, my brother, my grandmother and me, and we always put up Grandmother's little artificial tree, and we'd get each other one or two gifts, and that was pretty much that! It was minimalist, which was nice.

But I can't pretend to be Laura Ingalls Wilder, satisfied with a shiny penny and an orange. We usually spent Christmas day with my aunt, uncle and cousins in Virginia, and it was always a madhouse of the more traditional American Christmas variety: mountains of presents, lots of commotion, church and a big dinner which my aunt pulled together with probably inadequate acknowledgement or appreciation. And then, after going back to Florida, my brother and I had another Christmas at my dad's house, which also entailed many more gifts and dinner made by my stepmother. So as much as I like to reflect back on our simple family Christmases, the truth is they weren't all that simple.

I was 16 in that picture. That shirt I'm wearing? My mom bought it one year for my birthday, and I hated it. She was always buying me those stupid plaid flannel shirts from J. C. Penney. Granted, they're what a lot of boys wore in my corner of the South, but they were not my thing at all. I don't even remember that gray sweatshirt/jacket. 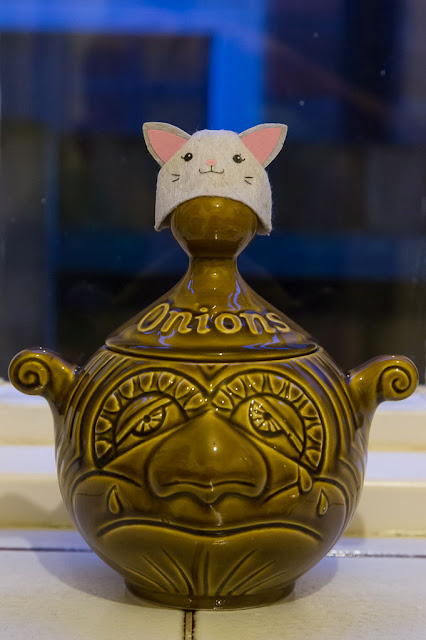 Here's my latest street find -- not the onion pot, which we've had for years (and never use for onions), but the felt cat on top. At least, I think it's a cat. Dave thinks it's a mouse. I found it on Finchley Road while walking back from school on Tuesday, and it has now taken up residence on the kitchen windowsill.

I didn't do much of note yesterday. I wrapped Dave's presents (both of them -- our Christmas this year really is simple) and read more of "The Pickwick Papers." I took Olga for a walk but she wasn't interested in going far, so we just ambled around the neighborhood.
I did convince Dave to let me help him clean out and organize his closet. I knew he had clothes in there he didn't wear, and he just bought a bunch of new pants and shirts, so the time was right. He ultimately surprised me by wanting to get rid of a big stack of shirts -- so many, in fact, that his zealousness gave me anxiety. I'm thinking of putting a few of them back!
Posted by Steve Reed at 7:13 AM