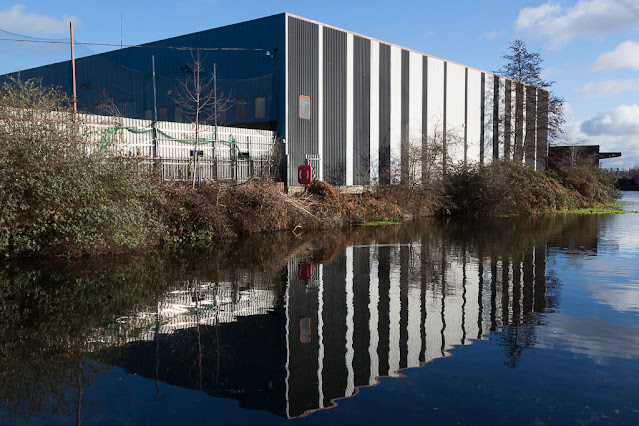 Yesterday I mentioned some of the issues I'm still having with New Blogger and photos. Some commenters said they hadn't noticed those problems lately, so to test the system, this morning I tried to upload all of my photos at once. And again, they wound up in the post in reverse order. Argh! I'm back to uploading pics one at a time.

Yesterday Olga and I took a long walk along the Grand Union Canal and through Wormwood Scrubs. We hadn't been out that way since early September, so it was good to have a change of scenery, and the day was sunny and bright with lots of great reflections on the water. 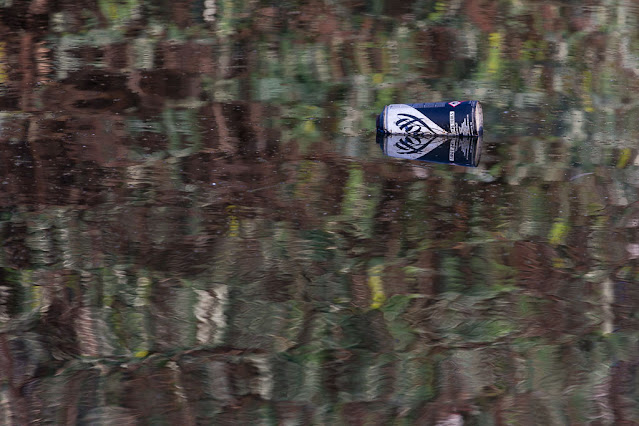 Even a discarded can of spray paint made an interesting (to me, anyway) photo. 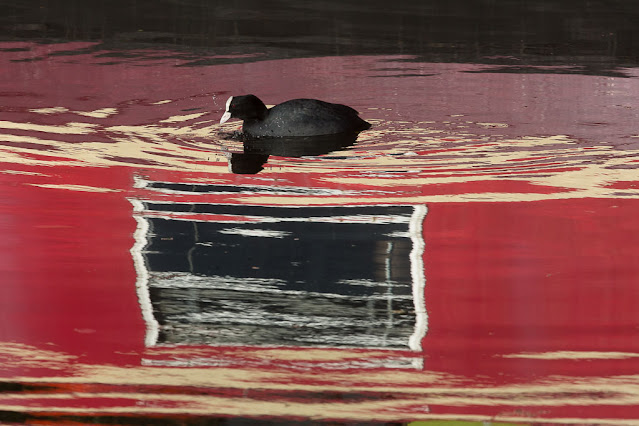 The coots were splashing around the brightly painted narrow boats moored along the canal. Some of them were clambering over each other and squawking amorously. "That's starting early!" exclaimed a man as he walked past. "They usually wait until February!" 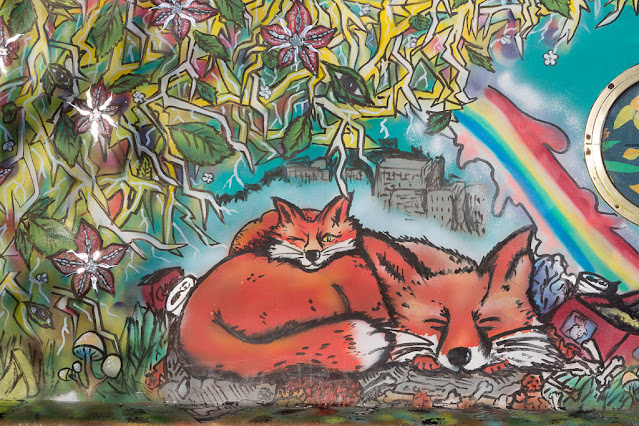 Some of the boats were covered with artistic murals... 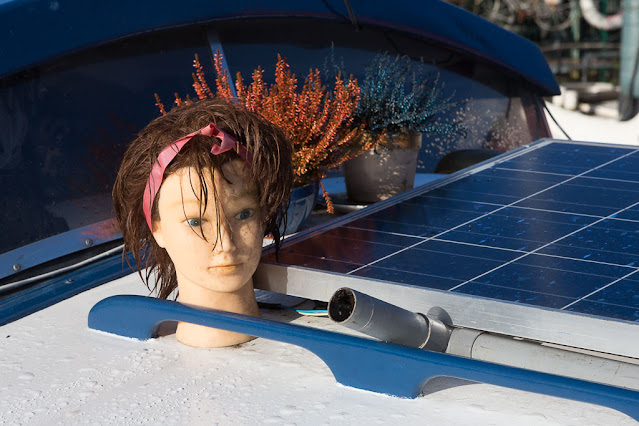 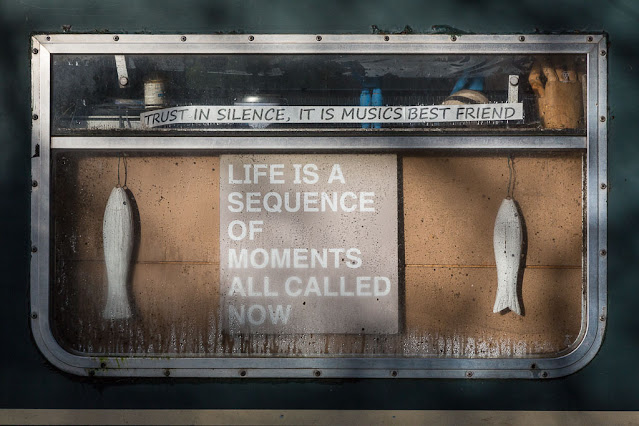 There were messages everywhere. 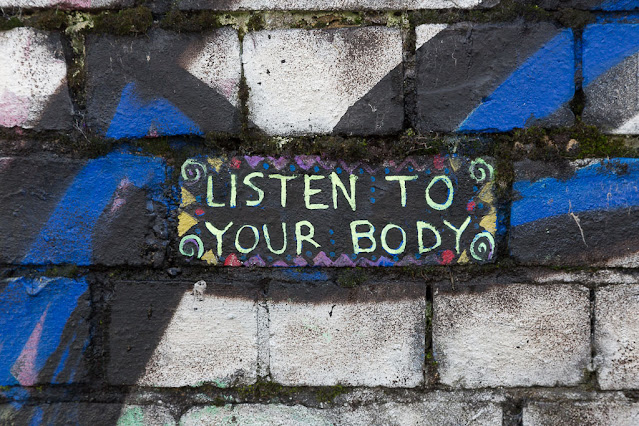 Olga and I walked all the way to Ladbroke Grove (1.6 miles along the canal) and then doubled back to visit the Scrubs. Altogether we must have walked about four miles. 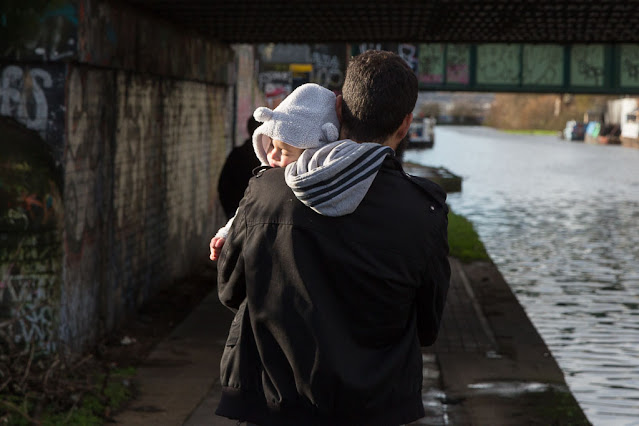 We weren't the only ones who were exhausted! 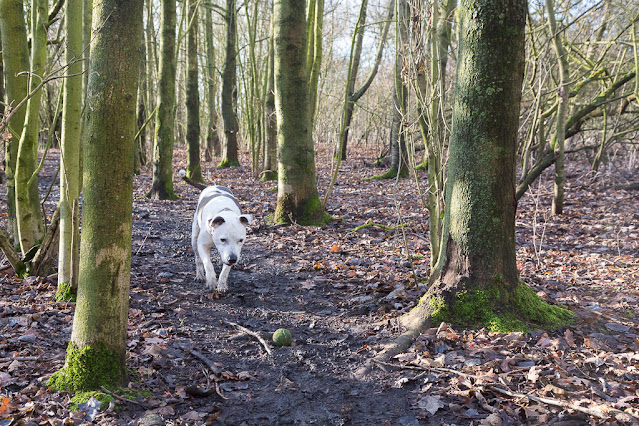 Once on the Scrubs, Olga chased her tennis ball and, when available, the resident squirrels.

Now, to abruptly change the tone of this post (and sorry about that): I learned from signs posted in the park that parts of it are to be torn up to relocate a sewer line for HS2, the high-speed rail project (some say boondoggle) being built from London to Northern England. This will involve cutting down trees and running heavy equipment across the wildlife sanctuary, where animals such as foxes, bats and badgers live and migratory birds nest. I'm sick about it and I signed a petition to resist it, but work is supposed to start soon so it may be too little too late. (Apparently campaigners did have some success in re-routing a planned access road across the Scrubs to a shorter, less damaging route, so that's good.)

Anyway, the Scrubs will not look the same the next time Olga and I visit.

This HS2 project has been a nightmare for nature nationwide. In other parts of the country they've cut down ancient forests and even chopped down a recent tree of the year in order to plow through the rail line. The government views it as essential to boosting northern economies (which admittedly need boosting), but must so much damage be done along the way?
Posted by Steve Reed at 8:08 AM