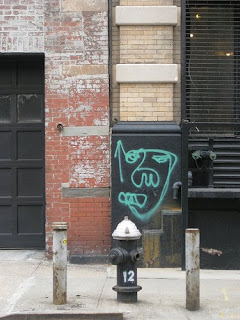 I just learned from one of my hometown friends that the elementary school I attended, Sanders Memorial in Land O' Lakes, Fla., is slated to be torn down. Apparently the school district is temporarily moving the students to a brand-new school nearby, and demolishing and then rebuilding Sanders. No word on whether they'll keep the name.

By local standards, Sanders is an old school. It opened in 1948, and was added onto in dribs and drabs over the years. By the time I attended in the '70s, it was a slipshod collection of buildings, and it would never have won a beauty prize.

I understand the need to replace it -- it's not just old but badly planned and poorly laid out. Many of the passages are outdoors -- or at least they were the last time I was there -- which probably doesn't create the best security situation.

Still, I'm bummed to see it go. I guess everyone feels some affection for their old elementary school, particularly if they didn't move around and attended only one, like me. I was there from 1972 to 1978, and many of my fondest memories took place there -- singing Carpenters songs in Mrs. Simmons' music class; making a movie in Mrs. Eisenstein's gifted class; compiling a class cookbook in Mrs. Courbat's class. And of course there are a few not-so-fond memories, like being scolded by Coach Johnston when my mind wandered on the baseball field (a common occurrence).

Ah, well. Time marches on, and change is the only certainty!

an era has passed.

makes me think about how the first house f and I lived in was torn down about 10 years after we lived there so they could make a parking lot for the bank next door.

Sanders was built in the same era as my elementary school, which also had a lot of outdoor corridors as I suppose many Florida schools have. I'll bet my old school is up for at least a refurbishing after all these years.