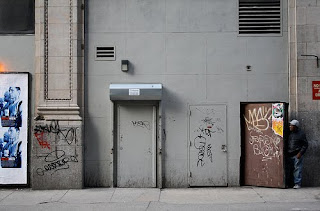 Did any of you watch the Oscars? We did here. With the exception of the Elinor Burkett moment (and what was she thinking?) there were no surprises. I would have bet on "The Hurt Locker" for best picture, given that super-splashy "Avatar" has already been so commercially successful. I'm glad Jeff Bridges and Sandra Bullock won, because both of them have long been underrated. Too bad Christopher Plummer lost, especially to that guy from "Inglourious Basterds," which I didn't like at all. Now I have to actually go see both "The Hurt Locker" and "The Blind Side," and I'm not thrilled about the latter because it involves football. Ugh.

Our dog Ruby began getting mopey several days ago. She moved more slowly and seemed to be in pain, actually yelping when we touched her. So I took her to the vet on Monday, and it turns out she has something called spondylitis, which involves extra bone growth on her vertebrae. It's an old dog affliction, kind of like arthritis. The vet gave us some anti-inflammatory drugs (and antibiotics for an unrelated possible UTI) and now Ruby seems bright and happy again. She leaped into the car yesterday afternoon with no hesitation. Whew!

I'm still talking to that potential new employer. Had another interview last night, this time by phone. The process is lengthy, but I suppose if it pays off in employment it will all be worth it. Apparently their timetable for making decisions got pushed back a bit, but they hope to wrap things up in the next few weeks.

Old dogs have aches and pains just like old people. I'm glad Ruby is better for now and hope she continues to be her old self.

I think it's a good sign your potential employer is being careful in making a decision, hopefully trying to make sure it's a good match for both sides. Hopefully there will be some good news soon!

Good luck, Steve! Hope the job thing works out as you wish. And so glad Ruby's back in the pink!

I was wondering about the interview and the possible new job. Thanks for the update.

Glad Ruby is feeling better. Poor baby. Getting old is no picnic!