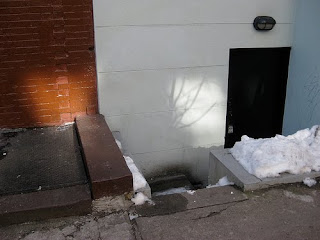 I just finished Barbara Kingsolver's brilliant novel "The Lacuna." It's about a young man of Mexican-American heritage who works as an aide to the artists Diego Rivera and Frida Kahlo in Mexico City in the 1930s, when they were associates of Leon Trotsky. Meanwhile, he's trying to become a writer himself, laboring each night over pages that he hopes to eventually turn into a book.

At one point, Kahlo gives him some advice which resonated with me:

"I think an artist has to tell the truth," she said finally. "You have to use the craft very well and have a lot of discipline for it, but mostly to be a good artist you have to know something that's true. These kids who come to Diego wanting to learn, I'll tell you. They can paint a perfect tree, a perfect face, whatever you ask. But they don't know enough about life to fill a thimble. And that's what has to go in the painting. Otherwise, why look at it?"

The main character asks her how an artist learns enough about life to fill that thimble. She replies, "He needs to go rub his soul against life," doing things like working in a copper mine, eating bad food and having libertine sex. Living, in general.

I'm not sure about her specific recommendations, but I think her words about truth versus technique are spot on. A person can be equipped in a technical sense to write a book or paint a picture, but that doesn't mean they have anything truthful or insightful to say. (And we're back again to "Why I will never write a novel.")

The main character eventually becomes a writer and moves to the United States, only to become entangled in the anti-communist fervor of the 1950s. Here I definitely felt Kingsolver drawing a subtle, subconscious parallel between the dangerous far-right activism of the McCarthy era and that of our present day.

This is a terrific book. Read it.

loved, loved, loved lacuna....although all of her books are terrific - i thought this ranks up there as one of her best.

just finished reading tracy kidder's mountains beyond mountains....and highly recommend that if you haven't read it - it's a portrayal of paul farmer and his work in haiti. incredibly inspiring.

thanks, steve. I have the book and haven't got around to reading it yet. my brain's been to noisy! but based on your recommendation (and mouse's, is see!) I'll pick it up today.

the whole idea of rubbing one's soul against life, it's great food for thought! on so many levels...

Her words are spot on-- painting a perfect tree singing a song in a perfect voice, technically perfect but so lacking in soul and truth. Kahlo is my favorite artist.

Everyone I know is reading Barbara Kingsolver these days. I have never read any of her books, so I have a lot of catching up to do. Sounds like another good read. I love it when a writer blends read people with a story.