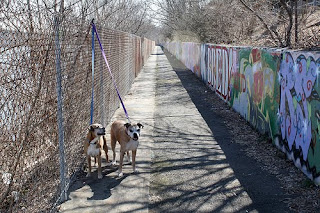 Last night we watched the House debate the health care reform bill. It was difficult to endure -- many opposition lawmakers seem to have abandoned their individual sense of what's right and just in favor of toeing a party line. It's been interesting to watch them use the same keywords and phrases over and over for weeks. They obviously all got the same crib notes.

The pundits are fond of pointing out that even Johnson in the 1960s managed to get Republicans to vote for Medicare. But the political climate in the 1960s wasn't as poisonously partisan as it is today, when Republicans are hell-bent on disinformation and obstructionism. (I'm reminded of Rush Limbaugh's stated goal of seeing Obama fail. You can say what you want about Rush not being a spokesman for the party, but let's face it -- he helps define and express the conservative viewpoint in this country, and that viewpoint is largely Republican.)

I believe Obama honestly tried to work with both sides, and the Republicans fought him every step of the way. He tried to move beyond partisanship, and he was rebuffed. Sad.

I'm happy the bill passed. I think it's a step toward more equitable health care in this country, where we have long endured an unfair system that compares unfavorably with those in most other industrialized nations. Sadly, the fighting isn't over, as the Republicans have promised to try to block the bill's implementation through court battles and other means (and they're already talking eventual repeal). I just want to say, "Go to your room!"

(Photo: Apropos of nothing, a photo of Ernie and Ruby on the Raritan River Art Walk, earlier this month.)
Posted by Steve Reed at 1:56 PM

I still feel we are living with a very broken political system. There are days when I want a benevolent dictator to run the country! Is that heresy or reality?! :)

This political bickering is nothing new. Remember that in 1856 Congressman Brooks went so far as to flog Senator Sumner with a cane!

Partisan bickering has always been rampant, and in many ways I think its very necessary. History is packed to the gills with instances of outright aggression between members of Congress. The difference is today...CNN Fox and others cary the blurbs 24 hours a day...plus podcasts, Internet, Drudge type crap...you name it. Were it 1856...you might get a paper once a week.

I'm not saying I agree with it, but rather just that I don't think it is anything new. I do wish I didn't have to see it on TV all the time.

I don't object to healthy debate between individuals. (And you certainly came up with a colorful example!)

But what bothers me is that the opposition in this case seemed to be speaking less from an individual perspective and more from a set of "talking points" conjured up by party leadership. They were toeing the line, to the detriment of the truth.

Or, as a New York Times news article put it this morning: "Passage of the health care legislation challenges the heart of the Republicans’ strategy this year: To present a unified opposition to big Democratic ideas, in this case expressed in a stream of bristling anger and occasional mischaracterizations of what the bill would do."

I had been feeling that the system was very broken, that nothing could ever be accomplished with the level of vitriol that was operating. But I'm happy to say I was wrong! Something great did happen, and all the vicious epithets and spitting and lack of decorum did not stop it happening. So it was a partisan vote. Given the efforts of the other side to frustrate all progress simply for the sake of seeing Obama fail, I'm totally fine with the partisan vote. Everyone will benefit, even those who spouted the ugliest of sentiments, and that's enough bipartisanship for me.

RE, Talking Points...they said the same thing about arguments surrounding slavery prior to Bleeding Kansas.

Politicians are just puppets, we all know that. Same now as before.