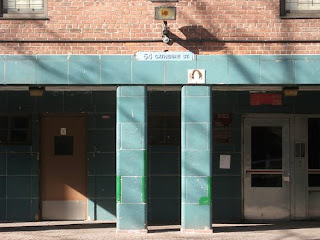 You probably heard about the killer whale at Sea World in Orlando that killed its trainer. The incident prompted a flurry of discussion about whales, whale shows and right vs. wrong.

Larry King hosted a panel discussion two nights ago in which supporters of whale shows like those at Sea World argued that the shows educate Americans about sea life. Zoos and aquariums, the supporters argued, are valuable scientific and educational assets.

The opposing view was that whale and dolphin shows exploit creatures and cruelly force them to live and perform in tiny tanks much smaller than the hundreds of miles they would typically range living in the open ocean. While the Sea World folks say they use positive reinforcement as their primary training technique, the whale supporters argue that it's merely food deprivation.

I read an article years ago that characterized attempts to free captive animals as misguided at best. The article alleged that animals primarily want their basic needs met -- food, water, shelter -- and once that's done, they're content to live in routine. In fact, they like routine, and prefer it to the haphazard dangers of the wild, the article argued.

It's an interesting debate, but I come down firmly on the side of non-performing whales. (No surprise there.) I agree that zoos and aquariums are valuable. They do provide a critical educational and scientific role, and they help rehabilitate injured animals and breed those that are threatened or endangered.

But a zoo or aquarium is not equivalent to a whale show. Equating the two is like saying we should hold human freak shows because hospitals are worthwhile. There's a difference between caring for animals and performing research, and training whales and dolphins to jump through hoops.

Whale and dolphin shows are relics of the past. (So are animal acts in circuses, for that matter.) We now live in a society where people can see exotic animals in more suitable surroundings -- even go whale-watching and see them in the open ocean. (For nearly the same price as a bunch of Sea World tickets, I would bet!)

I think it's acceptable to house and display whales and dolphins, those born in captivity or injured in ways that prevent their release into the wild. But jumping through hoops? Forget it. There's no good reason for that.

I agree. I also believe though, that these whales don't live bad lives, just not the lives they should have. The whale that killed the trainer, for instance, I can totally see that animal just getting caried away while playing with a very small 'friend', and then...oops. I bet the whale is probably even saddened that the trainer is no longer around.

Henry playes very rough in the back yard, and if he weighed 10 tons I'd have been killed years ago.... hoops or not!

There is no comparison in seeing any wild animal in its natural habitat and seeing it in captivity. I find it sad that animals caught in the wild might have memories of their original "homes". I find it equally sad that those born in captivity will never know what it's like to be free.

Whales and dolphins definitely don't belong in those small tanks and shouldn't need to do tricks to earn their dinner.

I hate zoos. It's like putting a bunch of animals in jail, all jammed together in environments where they would not naturally live.

As for performing animals, what an old client (who once worked for the circus) told me is that some animals love to perform. She said the elephants who loved the work would begin to sway back and forth two or three songs before their acts. Other animals, she said, HATED to perform.

My guess is that whales are as individual in their preferences as we humans. What's exploitive is that there's no interview process in which the whales who really WANT to perform can show up to audition.