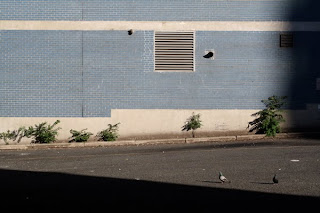 Here are a few more variations on yesterday's pigeon photo. I really liked these shots, and with all the pigeons whirling around my head I took several versions to catch them (and their shadows) in action. 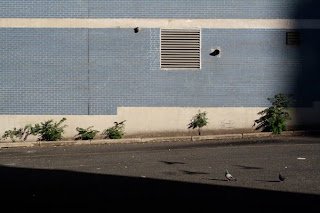 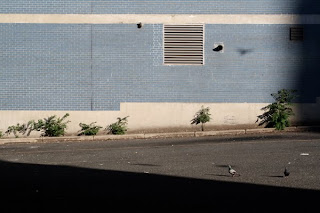 And here are a few links I've been meaning to share:
-- Remember Mr. T cereal? I bought it briefly in college because I thought it was pretty funny. It tasted like Cap'n Crunch. Tagline: "I pity the fool who don't eat my cereal".
-- This site is an interesting collection of images of old Afghanistan, before we, the Taliban and the Soviet Union all turned the country into a giant crater.
-- The New Yorker recently had a hilarious article about the peculiarities of the Eurovision song contest, in which European countries each enter a pop act to compete for subcontinental top honors. Here is the Lithuanian act InCulto, which apparently became a gay favorite at Eurovision when the boys whipped off their plaid pants and paraded around in spangly shorts while singing about their "Eastern European kinda funk." (After reading The New Yorker's description I had to look it up.)
-- Here is the other gay fave, from Greece. I kinda dig this song, actually.
Posted by Steve Reed at 12:11 PM