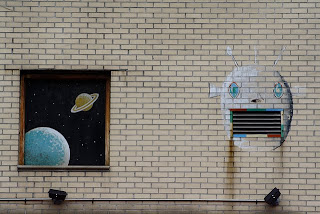 Have you ever read an article about something that surprises you utterly -- an activity or event that you never knew existed?

That's how a recent article by Jonathan Franzen in The New Yorker struck me. Franzen wrote about the practice in some Mediterranean countries of hunting migrating songbirds -- for food! Apparently in Cyprus people put sticky twigs in orchards that trap the birds when they land. In Malta and Italy people hunt songbirds, too, as well as raptors like hawks and eagles. Hunters shoot them out of the sky by the thousands, considering them local delicacies.

The practice is in opposition to the European Union, which has policies in place to protect songbirds. But many people in Cyprus and Malta, particularly, feel that bird hunting is part of their local culture and tradition, and react angrily to any suggestion that it be curtailed.

Who knew this was going on?

I must admit, I don't understand the hunting mentality. I've never hunted, no one in my immediate family hunts, and the idea of enjoying shooting other creatures -- or tying my identity to the practice -- makes no sense to me. I can understand enjoying a walk in the woods, even if you're carrying a gun as an excuse to be there -- that's the kind of hunting my grandfather used to do. He stomped around and rarely shot anything at all.

Haven't we reached a point, at least in the industrialized world, where hunting generally isn't necessary? Hunters argue that they're managing wild animal populations -- culling the herd, so to speak -- and though I don't really get it, I can live with licensed hunters killing approved species during regulated seasons. Unregulated hunting -- which is really poaching -- is mercilessly destructive. Our own hunting technology has far surpassed nature in its efficiency and brutality. (And I haven't heard anyone suggest that the "herd" of European songbirds needs culling.)

To bring the destructive elements of nationalism and ethnic pride into the issue -- well, that makes no sense to me either. Is it so hard to think about what's best for the birds?

(Photo: The exterior of the now-defunct Galaxy Diner, in Chelsea.)
Posted by Steve Reed at 11:29 AM

Dennis is glad to be an indoor cat, since outdoor cat pets kill countless songbirds every year. It is devastating to songbird populations. Altho Dennis once caught a rodent, Dennis won't kill, not even kill a little bug.

I'm really fortunate that my father was never a "hunter." He grew up on a dairy farms, so he did have a farmer's mentality about getting rid of unwanted animals, but he rarely went hunting. I probably would have had to stage a protest if he had.

P.S. I totally didn't "get" Dennis until I went to his website. Hilarious!