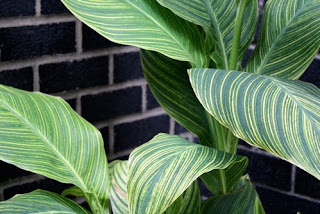 On Friday I spent the afternoon watching the Franco Zeffirelli movie version of "Romeo & Juliet," which I've loved ever since I first saw it on a field trip in the ninth grade. I remember getting on a bus with my classmates and going into Tampa one morning to see the film at an old theater on Hillsborough Avenue. The theater has since been demolished -- it was probably struggling even then, and making money by showing that movie in the morning to scheduled groups of school children.

It's interesting that we were shown that film, because it does have a racy moment -- Romeo and Juliet in bed together, naked, and not entirely covered up. I can't help but think that some parents today would flip out if their kids were shown that scene on a school-sponsored trip. But I asked my friend Barbara, who's a high school English teacher, and she said she still shows it to her classes, so maybe I'm not giving modern parents enough credit.

I was surprised at how much I'd forgotten about the plot. I forgot, for example, that Romeo and Juliet got secretly married. A fairly major event!

Years ago, I had a best friend who was also a romantic interest -- a classic dilemma for many people, I suppose, and certainly many gay guys. One of our common bonds was an enthusiasm for Zeffirelli's "Romeo & Juliet." But over the ten years I was close to this friend, he gradually evolved and his personality dramatically changed. In the waning days of our relationship, I said something positive about the movie and he said, "Well, I think it's a little overwrought." I remember thinking, "Who is this person?" I knew we were coming to the end!

(Photo: A plant growing outside an apartment building in Greenwich Village, last Monday.)
Posted by Steve Reed at 1:16 PM