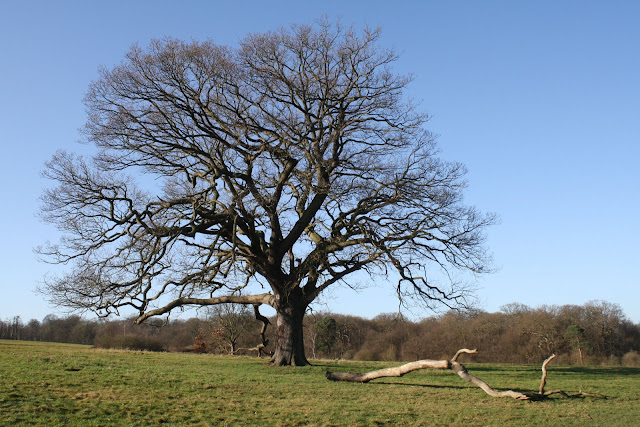 Just north of the Cockfosters tube station is the large Trent Country Park, about 420 acres of fields and forests surrounding a campus of Middlesex University. It used to be part of Enfield Chase, a historic royal hunting ground dating back to the 1300s.

When I rode up to Cockfosters on Friday, I decided to visit the park, since the weather was sunny for the first time in several days. I walked along the avenue of lime trees (this kind of lime, not this) leading from the entrance and watched people romp with their dogs in the muddy fields. 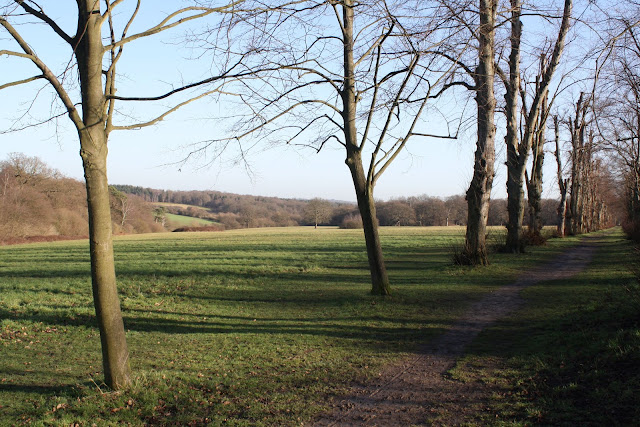 I don't think I've ever seen so many dogs in one place before. I saw one guy -- surely a dog-walker -- with 10 dogs. He let them off their leashes to run around and chase each other, which they did with abandon.

I mostly focused my lens on the landscape, though, since it's rare that I get out of the city into such a woodsy environment. 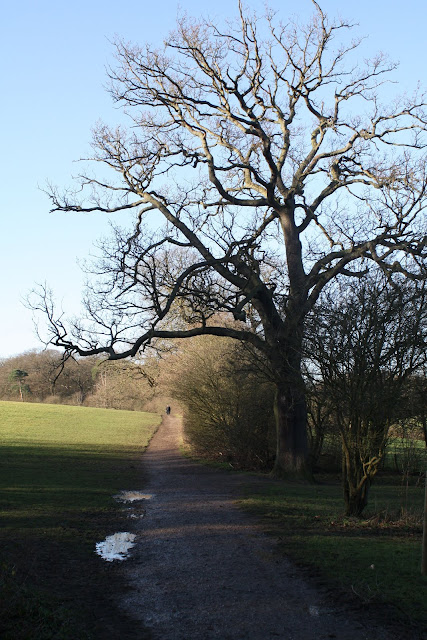 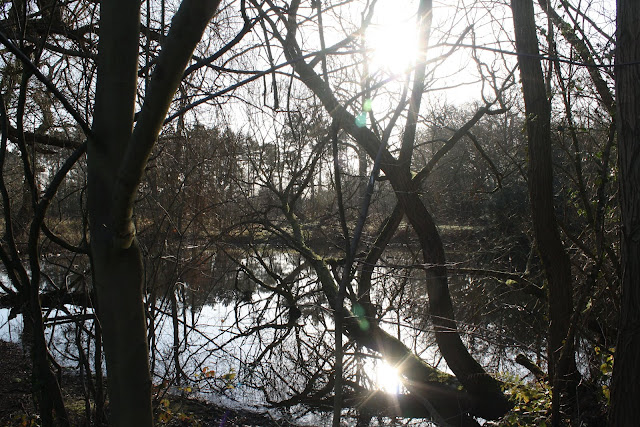 The mud in Trent Park got a little challenging -- it stuck to my shoes and got quite slippery in places. But I soldiered on. If little old ladies could get out there and stomp around, well, I could too. 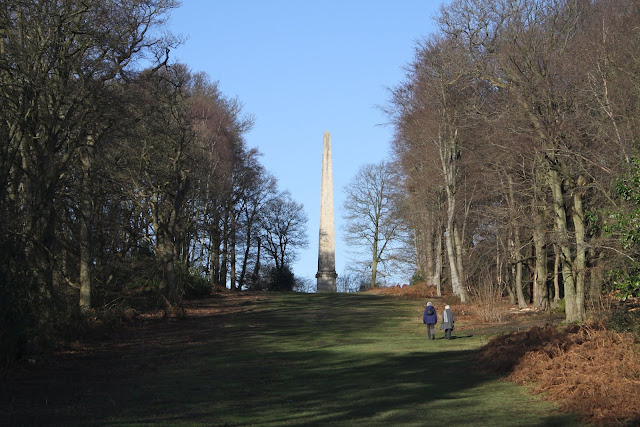 I came to a cleared grassy path that led up a hill to a huge obelisk, marking the birth of George Grey, Earl of Harold, the son of Henry and Sophia, the Duke and Duchess of Kent. George was born in 1732 and died in infancy; the monument seems rather outsized for such a short life. 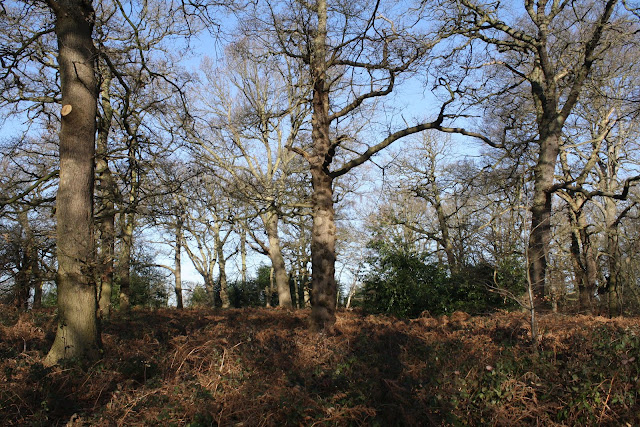 I wound back through a forest filled with ferns browned by winter. By this time I was chilly, so I made tracks to the park's cafe for some coffee and cocoa biscuits, and sat surrounded by a large group of older people who seemed to be part of a club or group of some kind. (Power walkers? Dog lovers?) When one would stand up and leave, the others would all say, "See you next Friday!"

Warmed by my coffee, I headed for the main entrance gate to continue my exploration of Cockfosters.
Posted by Steve Reed at 6:01 AM