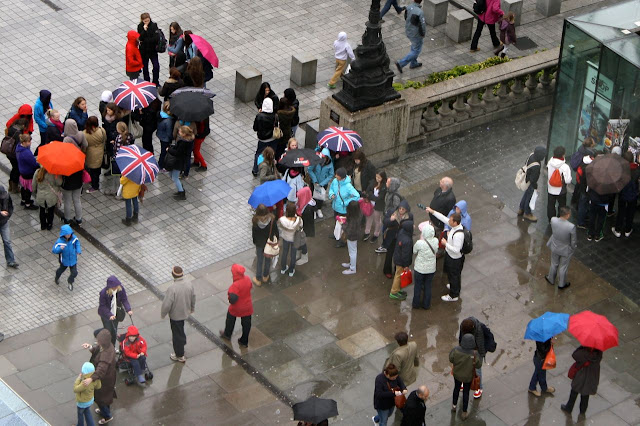 Yesterday's day of quiet was just what I needed. And it actually wasn't that quiet! Jim & Karla dropped by to pick up their bags, which you may remember they left with us for safekeeping a month ago. We had tea and talked about their travels through Europe via bus and train, which sounded like one heck of an adventure. Then I talked to my mom via Skype for an hour or so, and was happy to learn that her doctor proclaimed her the healthiest 74-year-old he'd seen that day! And I went grocery shopping, cleaned house and sat for a while.

I'm working my way through Anne Frank's diary. Apparently there have been a few different editions of the diary -- Anne Frank herself re-edited her original diary while still in hiding, adding to and deleting some earlier entires. Her father further edited it after the war, prior to its original publication. A new "critical edition" published in 1980 after his death restored much of the material he'd edited out, and then a few more stray pages were discovered, so those were added. All this explains why this "definitive edition" of the diary, which I bought when Dave and I visited the Anne Frank House in Amsterdam, is longer than I remember from childhood.

She's an engaging writer, and having visited her secret annex, I can envision the rooms as she describes them. At heart, though, she's still a young teenager, obsessed with all the personal dramas and conflicts of that age. You should hear her carry on about her mother -- good grief. Some things never change!

(Photo: Pedestrians on the South Bank, Monday.)
Posted by Steve Reed at 7:26 AM